Richmond as a High-Risk City, Explained 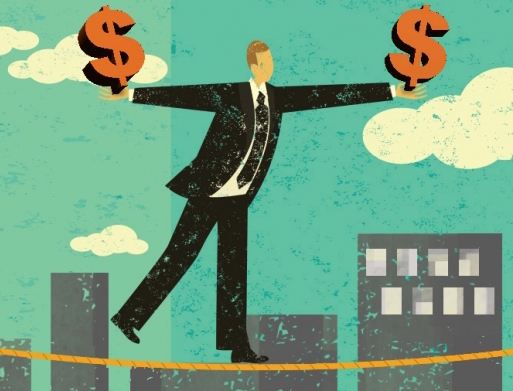 Allegations of low financial liquidity, trouble paying pension obligations, and an uncertain fiscal outlook, among other factors, have landed Richmond a spot on the State Auditor’s list of potential high risk cities.

The development is just the latest in troubling financial news for the city, which had its credit rating reduced to junk status by Moody’s Investor Services in July and has been blasted in the media for the direction of its financial management.

A spot on this list is not a death note, however, and it may actually help guide the city out of its fiscal woes.

“There were many cities and government agencies throughout California facing financial challenges,” explains Margarita Fernández, spokesperson for the state auditor’s office, of why the list was assembled. “The goal was to identify agencies that were experiencing major challenges and fiscal distress to prevent some of what was happening.”

Approved by the state legislature in July of this year, the Local Government High Risk program — which called for creation of the list — was formed  to identify cities throughout the state that face a risk for potential mismanagement. Once identified, the state auditor’s office will perform audits on select high-risk cities, make their findings public, and follow up to determine whether the municipality has made the necessary corrections to their operations.

The factors that determine a city’s potential risk range from fraud and abuse, to efficiency and effectiveness. Through looking at publicly available information, such as financial reports and prior analyses, the state auditor identified six potentially high risk cities of the 450 surveyed.

Joining Richmond on the list are Chico, Hemet, Monrovia, Maywood, and Ridgecrest. Each city was ranked either “poor” or “adequate” in five categories: their overall fiscal outlook, ability to respond to a financial emergency, pay short-term obligations, grow revenue, and pay retiree obligations.

Of the six cities, only Richmond and Maywood were deemed “poor” in all categories. The two cities, along with Hemet, are recommended for audits by the state office.

“The city had budget deficits, changes in primary revenue sources, and high levels of overtime usage for fire and police, along with high amounts of liabilities that weren’t necessarily funded,” Fernández explains of why Richmond was on the list.

The Joint Legislative Audit Committee, which carries out the survey of the city’s finances on behalf of the Local Government High Risk program, has asked for an assessment report of the city’s plan to address its financial by the end of the year. This document is expected to include information on the Richmond’s ability to wane the high use of overtime among the city’s fire and police departments, increase liquidity, and stabilize funding sources, among other issues.

Such a move would trigger a process of fiscal management hand-holding from the state. Beyond looking into how Richmond manages its finances, the state would require regular check-ins to ensure that the city is following its recommendations. Failure to heed the advice of the auditors could lead to legislative hearings for the city.

“The fact that it’s come around that they’re pursuing an audit is a bit of a surprise, since that’s not the last message they said,” says City Manager Bill Lindsay.

“They basically did a poor analysis of what we submitted to them, and I don’t know how else to say it,” Lindsay explains.

The city manager said he is looking forward to cooperating with state auditors to show what he believes is Richmond’s improved financial situation.

“The only thing I would object to with this legislative audit committee is that it takes up our staff time, and I assume that doing this at direction of legislature is not something where the cost is passed on to us.”

The original price tag for the proposed audit in September was upwards of $100,000 — an expense Richmond’s tight budget cannot accommodate, Lindsay says.

The city was widely criticized for its handling of financial set backs, and a recent editorial in the Contra Costa Times called the renewal of the city manager’s contract “irresponsible” in light of his fiscal management.

“I can’t control the scrutiny one way or the other,” Lindsay says. “They’ll write what they write and ignore what they want to ignore.”

“In terms of fiscal issues, I don’t want to discount that the health of the City is of paramount importance,” the city manager elaborates. “Several years ago there was a conscious decision to use our reserves to balance the budget. It was not something that was sustainable.”

Today, however, the city manager sees the city’s financial forecast heading towards clearer skies, with the city on track for balanced operations in the 2015-16 fiscal year.

Still unclear is how the state auditors will perceive the city’s fiscal performance and outlook.

“It is what it is,” Lindsay says of the auditing process. “We’ll just provide the information and try to help them understand it, and we hope whatever conclusions they draw is based on information and not conjecture.”

Working with the State Auditor’s office is just the latest hurdle for Richmond to jump through on its way to long-term financial stability. With the recent credit downgrades and no long-term fiscal plan on the books, onlookers will are likely to keep an eye on the city’s fiscal management.