It would be easy to overlook the Falcon Spirits distillery if one did not know the address to look for in Richmond.

It is a small and unassuming building in a warehouse park located on Collins Avenue near the Hilltop neighborhood.  However, if one is lucky enough to know about the company and is interested in seeing how it operates first hand, then you are likely to discover a treasure within this community.  Richmond, it turns out, is home to a truly unique and remarkable distiller. 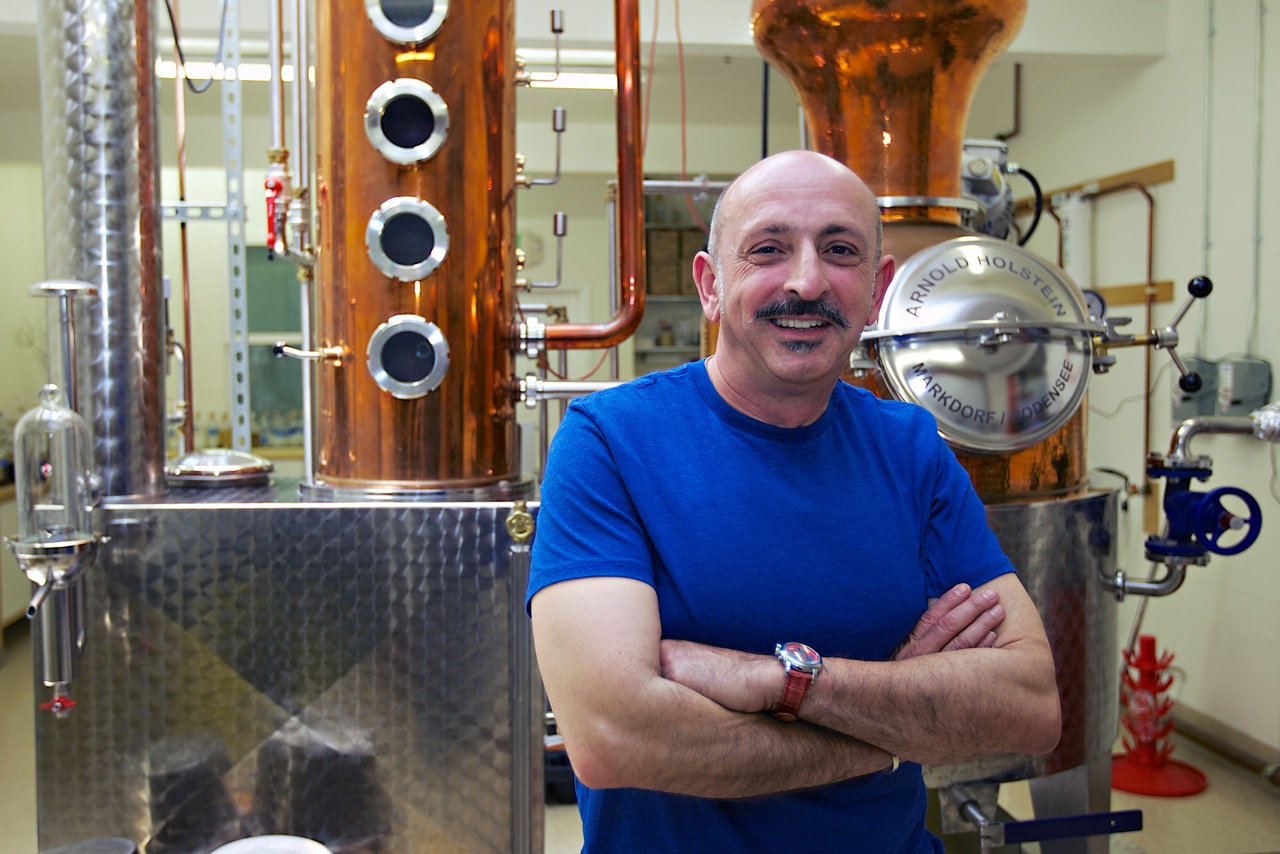 Falcon Spirits LLC is the brainchild of Farid Dormishian, a UC Berkeley-trained biochemist who has decided to focus his considerable knowledge of chemistry on the business of fermentation and distillation.  He decided three years ago to make Richmond the home base for his company and he has never looked back.

Dormishian grew up watching his Iranian grandmother making and bottling various fruit-based liqueurs for family and friends at her farm.   She was a city girl that loved to cook and finally decided to move to the country and run a farm, where she would be closer to her ingredients.  And it appears he took notes.

He is an unassuming man with a winning smile and an engaging and effusive manner that becomes even more ebullient when he begins talking about his business.

Falcon’s current flagship product is Botanica Spiritus gin.  The spirit is vapor distilled in a custom, handmade still that Dormishian imported from the German manufacturer Arnold Holstein.  The still is housed in one of the two small warehouse rooms that comprise the Falcon Spirits location in Richmond; it rises from the floor into two recessed spaces in the ceiling, its copper exterior gleaming brilliantly amongst brightly colored jars and flasks that line the laboratory-like space. 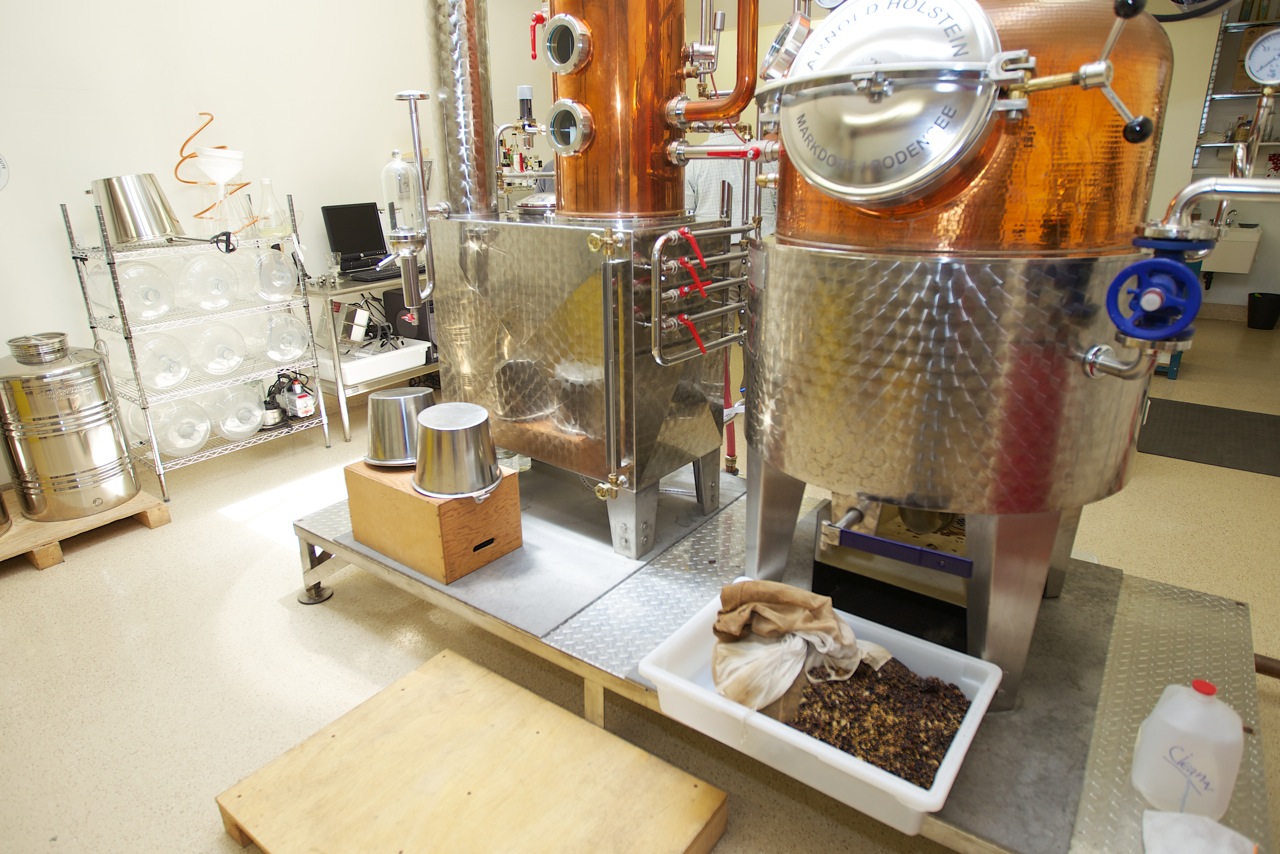 Dormishian uses a blend of more than 13 herbs, some sourced directly from farms during the vapor distillation process, which takes several hours for each batch of gin.  In one corner of the room are dozens of glass containers of varying sizes and shapes that contain his ongoing experiments with extracts and flavorings from fruits, flowers, and other herbs.  The variety is staggering – extensive enough as to include everything from oregano to mulberry.

The result of Dormishian’s obsession with unique and exotic flavors and aromas is a beautifully balanced gin that combines the 13 herbal components in a seamless continuum of flavor that glides effortlessly from a robust earthiness to a finish that is so lightly refreshing as to be ethereal. 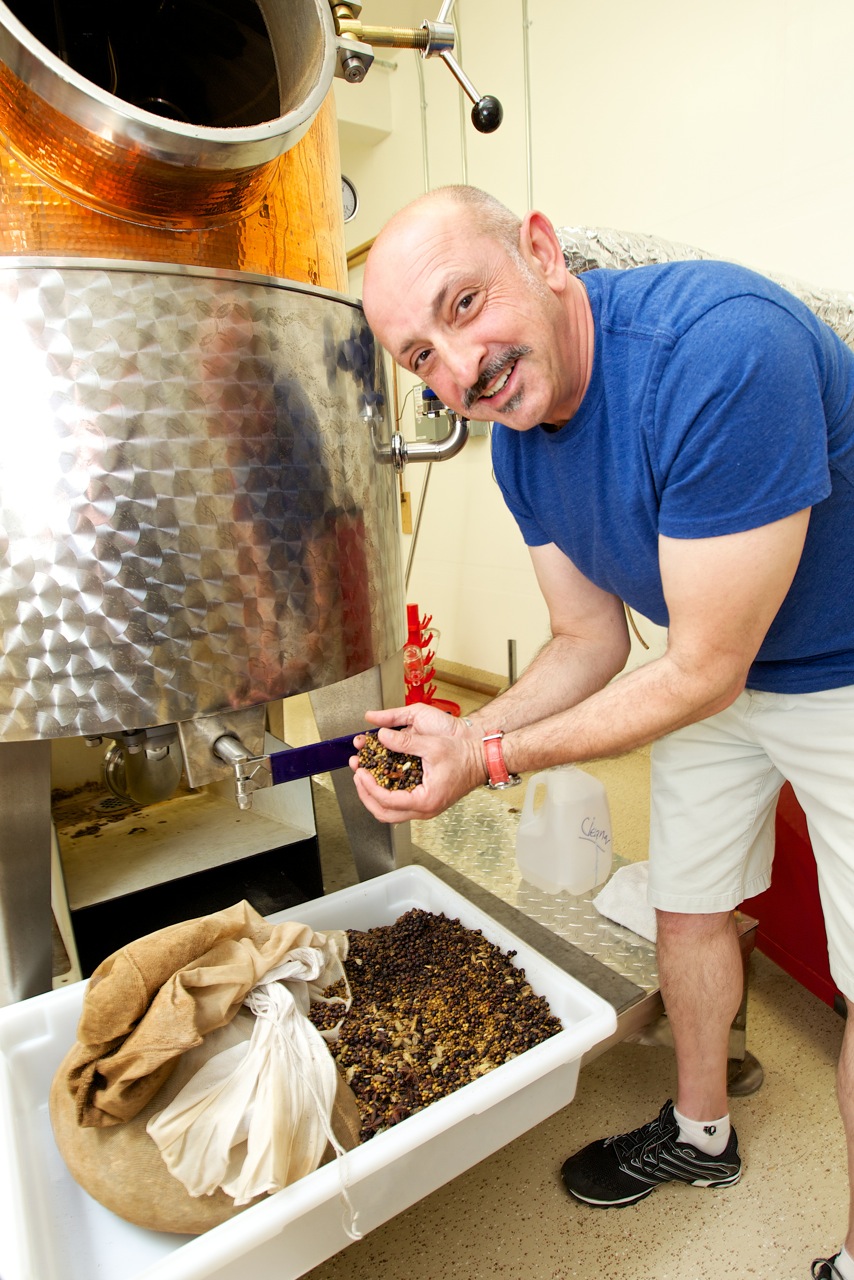 Botanica is packaged in a stout, attractive clear glass bottle with a wonderfully understated dark tan label that immediately draws the customer’s attention.  This aspect comes from the influence of Falcon’s only other employee, the part -ime Director of Marketing and Sales Katherine Yick that helps Dormishian manage his outreach efforts.

It should be noted that Falcon Spirits is not a one trick pony.  Dormishian is already working on a new Amaro that he hopes to roll out later this year and even gave us a taste of the raspberry liqueur that he has been working on; all of which he hopes will garner more attention from consumers who are not gin drinkers.  He is also planning to put his gin in American oak this year and has additional ideas for a varietal vodka made from grapes and an aged rum.

He even collaborates with other local craft distillers to get their products moving.  One example that he allowed us to sniff while we were at his facility was a  Rumfrom a startup distiller with whom he works called Reed & Lacey.  Dormishian said he admires the owners of Reed & Lacey and believes that what they have on their hands is a “simply beautiful” product – an acclamation that Dormishian does not make lightly.

With a quality product already being produced and shipped to craft cocktail bars around the Bay Area, Canada, and throughout New York, Falcon is poised for big things in the future and, says Dormishian, he hopes he can do his part to bring other craft distillers from Richmond, like Reed & Lacey, along for the ride.  Do yourself a favor and pick up a bottle of Botanica the next time you are looking for a bottle of gin.