Willis Wants to Be Mayor 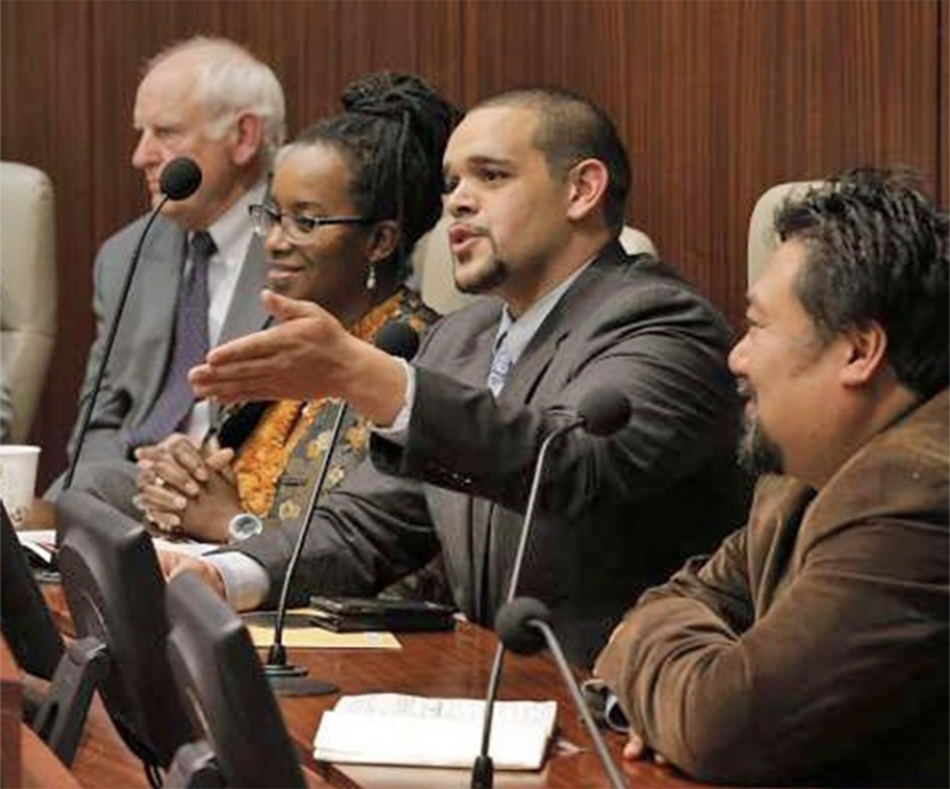 For many who dabble in the world of local politics, running for office is often a last minute consideration.  For the Richmond Progressive Alliance (RPA), however, the electoral process is a 24/7 endeavor.  As soon as the votes have been counted for one election, the campaigning for the next election has started (if not before).  They are constantly campaigning and walking precincts on behalf of their candidates or their causes.

Currently, former two term Richmond Mayor and Councilmember Gayle McLaughlin is running for Lieutenant Governor of California.  McLaughlin also is a co-founder of the RPA. 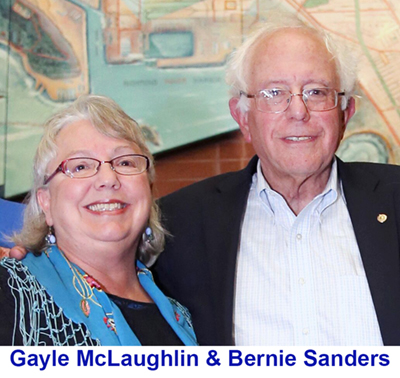 Current Richmond Vice Mayor Jovanka Beckles is running for the soon-to-be vacant seat in the 15th Assembly District (currently held by former Councilmember Tony Thurmond who is running for the State Superintendent of Public Instruction).  Beckles is also a long time member of the RPA and served on their Steering Committee for many years.

At the annual holiday party for the Richmond Progressive Alliance held last Saturday, first term councilmember Melvin Willis, 27, announced that he will challenge incumbent Tom Butt to be the next Mayor of Richmond.  The announcement from the RPA Activist is reprinted below.

Control of the Richmond City Council—and this City—has rested in the collective lap of the RPA for several years but since the election of 2016 the RPA has owned a supermajority of the seats on the Council with five of the seven seats seemingly embroidered with the RPA logo on them.  Councilmember Jael Myricks seems to support RPA issues more often than he challenges them lending to the suggestion that the makeup of the Council is the RPA 5.5 plus the Mayor.

McLaughlin’s run for the Lt. Governor’s position is an extreme long shot.  She was a Green Party member up until last year when she changed her registration to ‘No Party Preference’—which allowed her to vote in the June Democratic Primary Election for Bernie Sanders (who has endorsed her candidacy).  She resigned from the Richmond City Council in July (which led to the appointment of RPA Steering Committee member Ada Recinos in October).

Councilmember Beckles’ bid for the Assembly seat is like something out of an indie movie.  This election is actually a two part adventure with multiple outcomes possible. 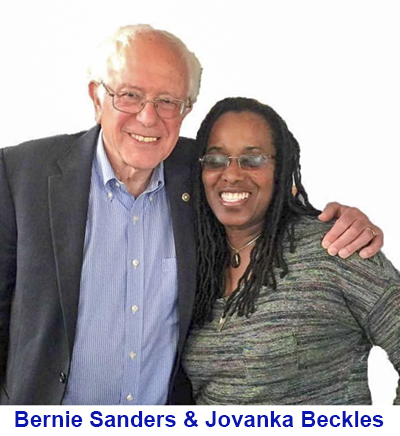 First, there are currently nine Democrats who have announced their candidacy.  While there may be Republicans that weigh in, because this is such a heavily Democratic district, traditionally the Republican candidates are virtual non-starters.

The constituency of the District is nearly evenly split between Contra Costa and Alameda Counties (it stretches from Pinole in the north and incudes San Pablo, Richmond, El Cerrito, Kensington, Albany, Berkeley, Emeryville and a sliver of Oakland).

California uses a system where the top two candidates in the June primary election—no matter what party they represent—progress to the November General Election.

Because the RPA has strong support in the Richmond area (albeit with minimal support in El Sobrante, San Pablo, El Cerrito, Kensington and Pinole), and because the six Alameda County candidates (along with El Cerrito City Councilmember Rochelle Pardue-Okimoto) may split the vote, Beckles stands a good chance of progressing to the November General Election.

If that should be the case, she would be precluded from running to retain her seat on the Richmond City Council.

Should she not make the top two in June, she might be expected to announce her candidacy for her Council seat (the filing deadline is in early August).

If Beckles were to run head to head against an Assembly candidate in November it would be a tough sell for the electorate.  Traditionally, the Berkeley machine turns out far more voters for the Assembly seat than Contra Costa voters.  This might also be the case with little of any real substance on the ballot to entice voters to exercise their voting rights.  Also, the RPA support in areas outside of Richmond is slim.  When Beckles ran to be a delegate for the Democratic Party earlier this year her support was insufficient to secure her a seat—even with numerous delegate positions being available.

Races for the State Assembly often cost $400,000-$600,000.  Since Beckles refuses to accept corporate contributions, raising the requisite funds from her more affluent friends and from regular people off of the street might make it difficult to run a competitive race.  She has support from unions such as SEIU 1021 and the California Nurses Association (which have permanent seats on the RPA Steering Committee) but it’s unlikely that she will garner support from Building Trades unions (unions that she has worked so hard against but often have the financial resources to support their friends).

In any case, as we might expect from this area, the race will be interesting. 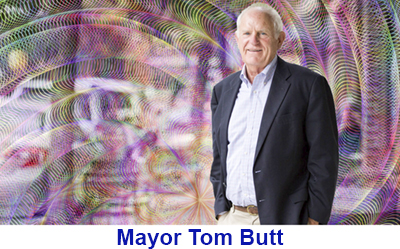 Mayor Tom Butt has expressed his frustration with his inability to make things happen when he has to fight with the RPA 5.5 at every turn.  This sometimes turns into dysfunctional Council meetings where both sides end up sniping at each other.

At a recent Council meeting Vice Mayor Beckles was asked by the Mayor to try to move along what she was saying.  He claimed she was repeating herself and rambling.  This resulted in a loud and disrespectful exchange between the two.  Councilmember Recinos interceded by telling the Mayor that she did not appreciate him trying to silence a woman of color.  Many in the audience immediately voiced their concerns by the way Recinos tried to make Beckles’ gender and ethnicity the focal point (and also their concern that Recinos’ comment came across as if she did not care if the Mayor had tried to silence anyone that was not a “woman of color”—that is, a white male).

Likewise, Beckles and her supporters often make comments alluding to how comments against her positions must be because she is female, because she is Black (or Latina—depending on who she’s trying to win over) or because she’s a member of the LGBQT community.

Civility at Richmond City Council meetings is such a rarity that many members of the community refuse to attend the meetings or even watch on TV.  Perhaps this is what the shotcallers and powerbrokers want—a level of distain high enough that they can do their bidding without fear of push back from an informed community.

In any case, it’s Richmond politics as usual.  Let the mud slinging begin. 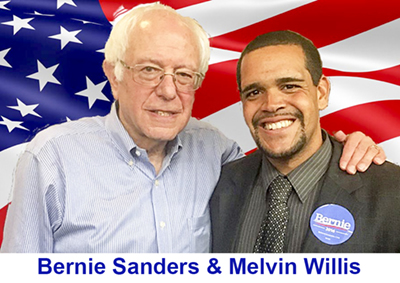 On December 15, Richmond Councilmember Melvin Willis announced that he is running for mayor of the City of Richmond in the November 2018 election. The announcement was made at the Richmond Progressive Alliance (RPA) holiday party, to a joyful crowd of supporters.

“Many people have contributed to Richmond’s transformation in recent years, and we are thankful to all. At the same time, many challenges remain, and a much better Richmond is possible!”

Melvin Willis, a community organizer with Alliance of Californians for Community Empowerment (ACCE), made history in 2016 when at 26 he became the youngest councilmember ever elected in the City’s history. He received the highest number of votes in the race, and his success was crowned by the passage in Richmond of the first Fair Rent Control and Just Cause for Eviction law in California in 30 years, a ballot initiative at the center of his campaign.

At the announcement, Willis was flanked by Vice-Mayor Jovanka Beckles and Councilmember Ada Recinos. In addition to Beckles and Recinos, Councilmembers Ben Choi, Eduardo Martinez and two-term former Mayor Gayle McLaughlin have all endorsed Willis’ candidacy.

“Melvin has the values, the vision and the commitment to lead Richmond to a higher level of progress and to make it a better city for all our residents. He thinks globally and organizes and mobilizes locally. He is thoughtful, caring, gentle and generous. People know him and love him. Melvin is the best of Richmond,” said former Mayor Gayle McLaughlin.

During his announcement Willis stressed that the important achievements that have transformed Richmond over the past decade and are inspiring many other communities throughout the nation need to be defended against undermining measures at higher levels of government.

“As Mayor I will lead all those in Richmond willing to work to make our city better. Together we will sustain our accomplishments and keep folks in their homes, fight pollution, defend immigrants’ rights, improve our schools and libraries, and continue our progress in reducing violent crime. I will promote a community participatory process for the city budget. I will respond to the needs of our youth, I will focus on the creation of affordable housing, and my doors will always be open to every resident of our community to hear their thoughts and ideas,” Willis added.

Willis affirmed that his campaign for Mayor will be based on peoplepower and neighborpower, and free of corporate donations. He rejects the corrupting influence of corporate money and invites all residents to support a one-person, one-vote true democratic election.