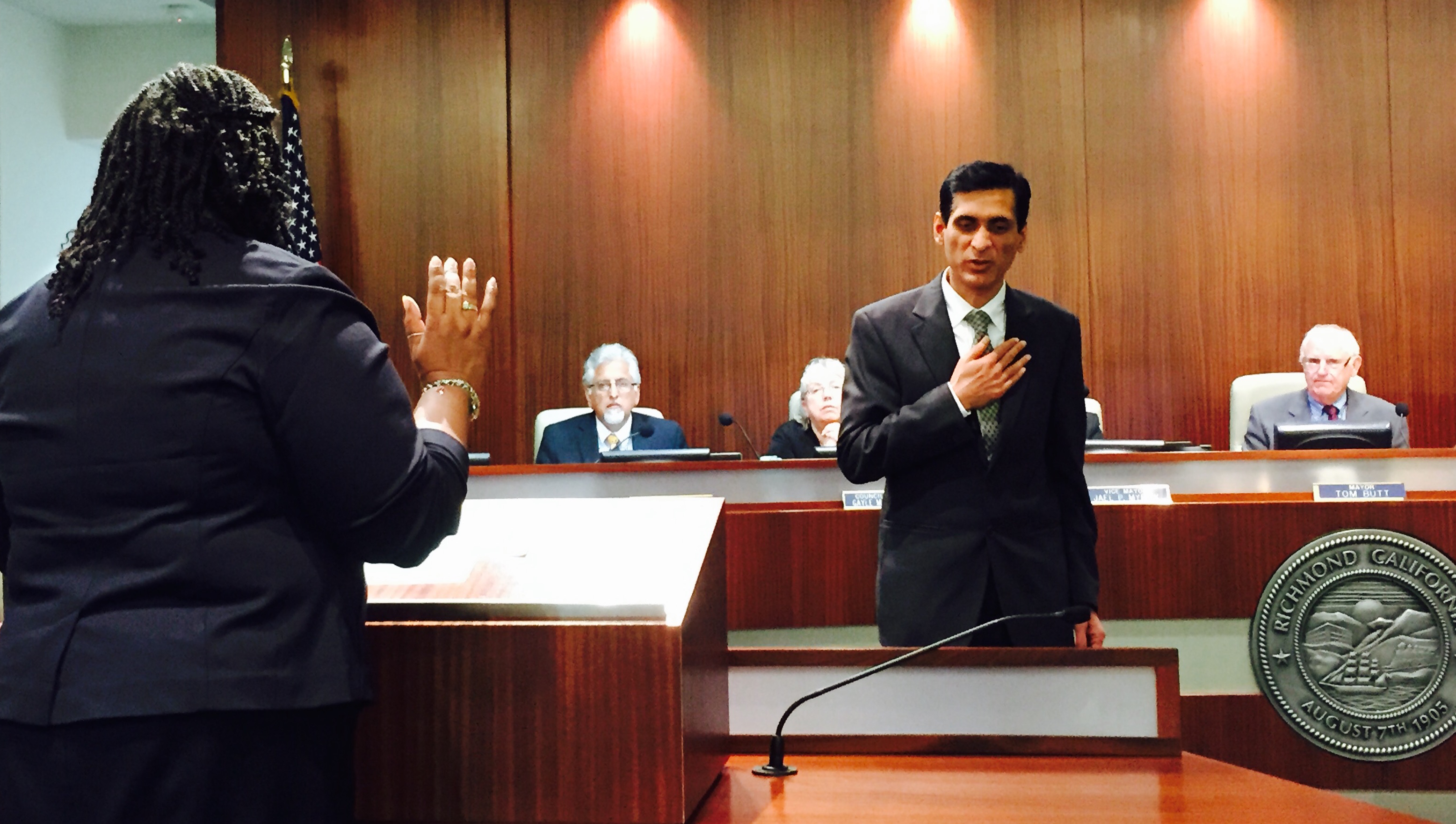 For the first time in 2015, the Richmond City Council held a full bench last night. Appointed Councilmember Vinay Pimplé was sworn into office, and curtain was pulled on the month-long drama of who should fill the vacant seat.

The ceremony was swift. Not a beat passed from the time that the pledge of allegiance was spoken to the swearing in of Pimplé. Audience members snapped photos and applauded as he spoke the final words, and with that the new councilmember was shown to his seat.

After three weeks of deliberation and hand-wringing, the council looked relieved to have finally filled the vacant seat. Pimplé, a 47-year-old Richmond resident with a law degree from UC Berkeley and a masters in English Literature, stood as the only candidate of the 18 to garner the four votes necessary to fill the seat.

At the meeting last night, Councilmember Nat Bates thanked fellow Councilmember Eduardo Martinez for working together with him on the appointment of Pimplé. “I’ve always had the feeling that despite the political agenda of a governing body, that on the proper occasion anything is possible,” Bates started, referencing his collaboration with the Richmond Progressive Alliance-affiliated Martinez, which typically stands in opposition to Bates.

“We discussed the $500,000 cost of the election, and he and I were both solidly against putting our citizens through that expense,” said Bates. “Eduardo is a man beyond reproach. When he made a commitment he did not back away. I want to say that we owe a round of applause to Mr. Eduardo Martinez.”

The audience roared in support of the collaboration between Councilmembers Martinez and Bates, and during public comment many speakers rose to congratulate the new councilmember on his appointment.

While Pimplé himself did not have an opportunity to speak during this ceremony, the new councilmember recently spoke with Radio Free Richmond about his background and what he brings to the council. You can read the interview here.