On Tuesday the 5th of June, there were regional and statewide elections to select candidates to run for election in November’s General Election.

In California, the people approved a ballot proposition in 2010 changing primary elections starting in 2012.  At that point, races were deemed non-partisan and the top two candidates—no matter what party affiliation—would advance to the General Election.  This might eliminate one of the two major parties from consideration.

Such was the case when Democrats Kamala Harris and Lorena Sanchez ran for the US Senate at a time when there were no credible Republican candidates on the ballot.

While the people of West County are interested in all of the races, some are more important than others.

Richmond City Councilmember Jovanka Beckles is running to fill the vacated seat in the 15thAssembly District which stretches from North Oakland to the Carquinez Bridge.  There were 12 candidates running for this seat with three hailing from Contra Costa County.

While there were regional issues such as Regional Measure 3 (which would have radically increased the bridge tolls to finance multiple transportation ‘fixes’), Richmond’s Measures E and K (which would have diverted funds from other services to fund programs for youth), and Pinole’s Measure P (which would have rescinded their term limits for Council seats), those results did not garner as much interest.

Typically, the results that are available the day after an election are wholly unreliable because the Elections departments need to count vast numbers of vote by mail ballots as well as provisional ballots.  Final results may not be available for a week or more. 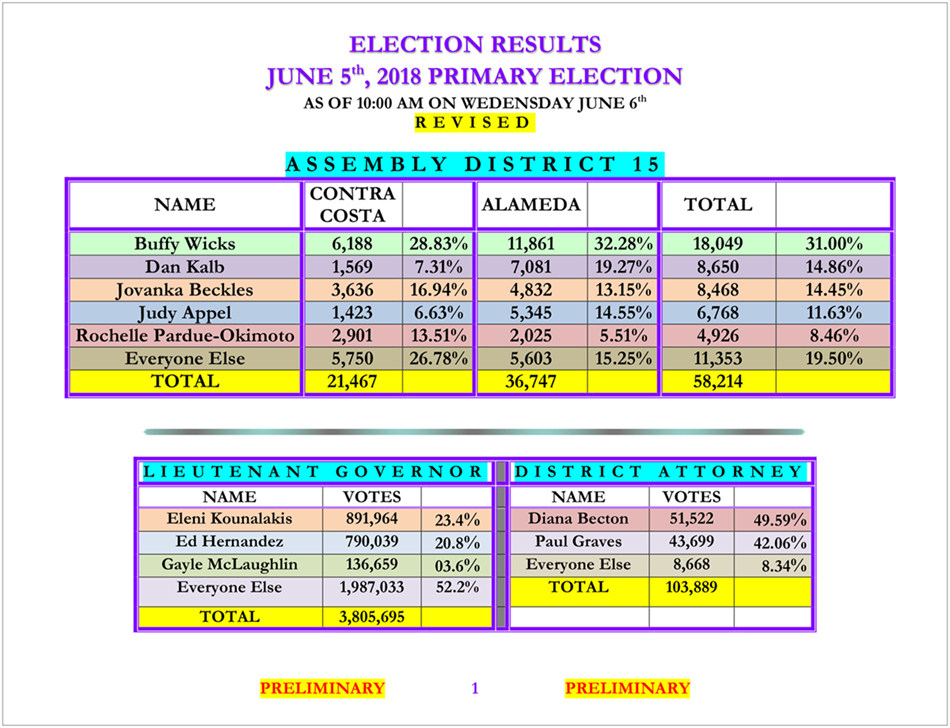