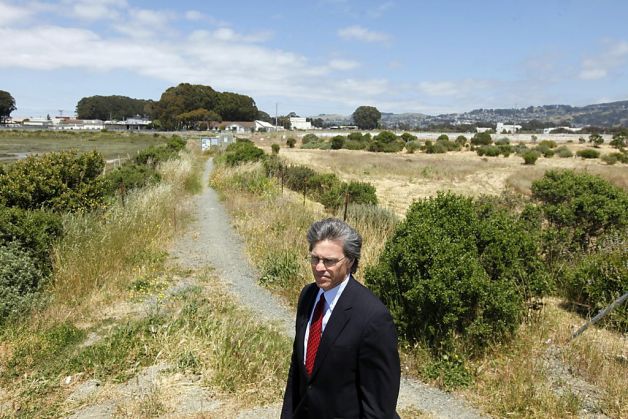 Richmond's commercial real estate market is in an upswing. In the first half of 2014, warehouse vacancy dropped down from 6.8% to 4.3%, and the manufacturing market is tightening, too: the amount of available space is down to 6.5% from 8.8% at the start of the year. Previously, the manufacturing market had been stagnating between 10% to 13% availability. At the same time, there are many new companies in the process of moving into Richmond. With these commercial spaces filling up, questions arise about who is moving in, why they are doing so, and what the impact will be on Richmond.

A recent article in the San Francisco   Business Times profiled the opening of Runway, a new tech incubator established by a local entrepreneur. In the tech-heavy San Francisco Bay, this typically wouldn't be newsworthy -- except for the fact that this venture chose Richmond for its home. The article describes the novelty of the startup's location for a couple reasons -- it is the first such venture in Richmond, and, coincidentally, it is very close to the future location of UC Berkeley's new Lawrence Berkeley Laboratory, which is set to open in 2016. These developments are remarkable for Richmond, but they are just a blip in the long history of Richmond's commercial real estate market.

"Richmond is what you call a tertiary market," says Jeffrey Leenhouts, a commercial real estate broker in Richmond. Leenhouts has been working this market for over 20 years, and he understands Richmond's place among the ebb and flow of the Bay Area's commercial real estate market. Often, he explains, Richmond isn't a company's first choice. Oakland has more available space and is often cheaper; Hayward's central location allows companies to reach more parts of the Bay. Historically, Richmond sees the effects of a market boom only after the markets in neighboring areas have filled up. When the Bay Area's real estate market is high, the effects reach Richmond a little later, and when the market slows, it tends to drag on longer. Richmond's market has behaved accordingly for the past several years.

Now, though, it seems as if this dynamic is changing. Richmond is drawing in business of its own accord, and for the first time in years, there are new kinds of development happening in the city. After decades of serving as an industrial zone of warehouses and manufacturing for companies based in areas like Marin or San Francisco, Richmond is beginning to house more locally based companies. Though the current tide of growth may not have come to Richmond first, it has brought a surge of businesses and infrastructure that may point to the shape of Richmond’s economic future. In addition to Lawrence Berkeley Labs and Runway, the new ferry line from the Richmond Marina is all but up and running. This last development in particular may solidify Richmond’s importance in the Bay Area market by providing a direct, easily accessible artery for commuters.

In the future, Leenhouts predicts the current market trends will bring three main changes to Richmond: The first is that there will be more business developments along the south Richmond shoreline -- particularly in the tech sector. Second, North Richmond will accommodate more industrial warehouse needs. Lastly, Leenhouts sees newer, more employee-intensive companies coming to Richmond. Beyond mere market availability, the growth of these three trends can be thanked, in part, to a changing perception of Richmond.

"One of the main things holding companies back from moving into Richmond is the stigma -- that it's crime-ridden, that it's unsafe," Leenhouts explains. "Gradually, we are seeing that fade away. Companies come in, and they love it. There is a huge untapped market here, and people are finally embracing it."

It is only a matter of time until Richmond sees the payoff of these market changes. The Lawrence Berkeley Laboratory is predicted to create more than 800 jobs in the city, in addition to the prestige that UC Berkeley brings to its endeavors. The tightening of industrial spaces may lead to the creation of new structures in the future. And while it is unclear whether the tech incubator will create jobs for residents of Richmond, its establishment will make it easier for other companies to follow their example. With more companies come more jobs, and, as City Hall will enjoy, more tax revenue.  What is needed now is for the market to maintain momentum and for more businesses to see what Richmond has to offer.