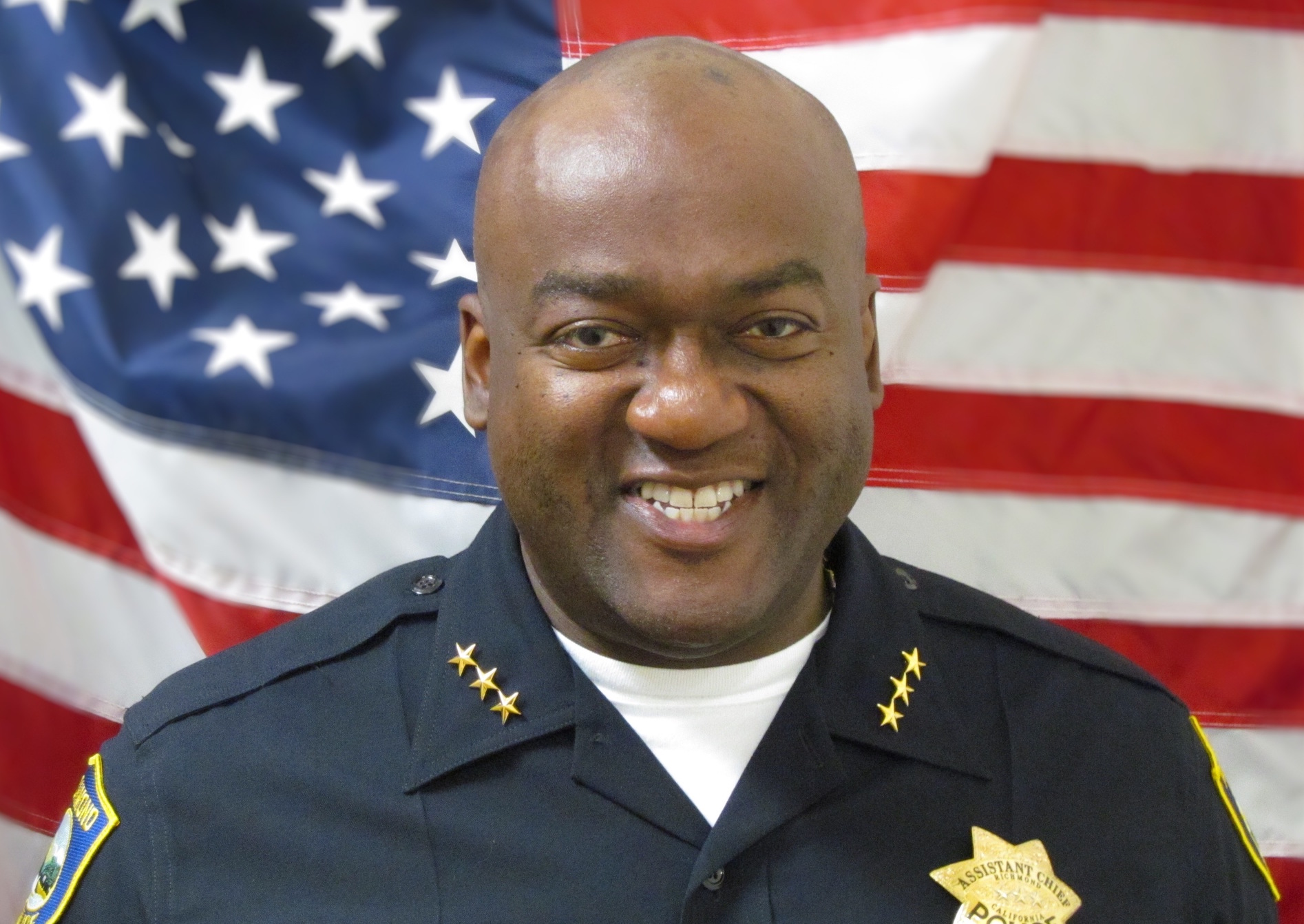 As he settles into his new role as interim police chief after the departure of former police chief Chris Magnus, Brown talked with Radio Free Richmond about his decades of experience, and why he thinks he’s best suited to fill Magnus’ shoes longterm.

Radio Free Richmond (RFR): Interim Chief Brown, thanks for taking the time to talk with us. To start, can you describe what the Richmond Police Department was like when you were first hired?

Allwyn Brown (AB): First off, this is really not the same department that I joined in 1984. I came on in the fall of that year, so it was in the immediate aftermath of the cowboy controversy and the “60 Minutes” story on it, and it was also earlier that year that we lost two officers in a plane crash. There was a lot going on, and a cloud was hanging over the organization. It was a tough time, but it was interesting time. The challenges were tall, but we got through that.

The neat thing about coming on in that time is that what really made me fall in love with the profession. I had some really dedicated trainers as a rookie — people who really wanted to be experts at the craft. Working with them is what really got me hooked.

RFR: Being a police officer is often a thankless job. What keeps you coming back to work every day?

AB: The draw of this job is that it's different every day. Literally every day you have opportunities to make a positive difference in the life of someone else. That's super powerful stuff.

There is the grit and the grime, and you do have to see stuff things that most people don't see, and some people don’t like you, but our shift to the community policing model has really transformed how people relate to the police department in a positive way.

RFR: You were there when community policing was first implemented. What was this time like?

AB: Fortunately, or unfortunately, when we first tried community policing we tried it as a program. Really, community policing is not a program, it's a philosophy that should permeate every aspect of the organization. So the geographic police beat model that we have now is based on the idea that police are not separate from the community but are an extension or part of the community. This really relates to the founding principles of what public policing is supposed to be.

Public policing was always intended to be an alternative to the military, which means that you really are part of the public, and that manifests itself in Richmond by our commitment to keep officers on beats for longer periods of time where they're encouraged to get out of the car and interact with people in nonemergency or non-call periods.

This allows them to learn who local folks are — from residents, to merchants — to understand what the problems are, to engage with people, and take a problem solving approach that may involve getting other agencies involved to help address local issues.

RFR: How specifically does a community policing approach help tackle issues in a local way?

AB: The problem solving approach of community policing requires some analysis about what's causing the problem, and really we look at problems from three main areas: who's causing it, who's being victimized, where is it occurring.

Those three variable really allow for crime to occur. Then what we aim to do is attack all three variables so you have a deeper impact that will last a little bit longer. That's really the heart of what community policing is. These days, we overlay our crime stat data with that. What we've noticed over time is that with these high and low trends in pedestrians who are being targeted, addressing them directly helps get to the root of the issue.

The idea is that public safety is everybody's responsibility -- it's not just a job for the police. So the public has a role to play, but its our job as police to make sure everyone is educated on how to do this, so we can all stay safe.

RFR: How did working with Chief Magnus impact your experience in this time?

AB: The nice thing about working closely with Chief Magnus for the last eight of his 10 years here is that I've had a pretty prominent role in studying policy and developing strategy. The nice thing about the size of our agency is that we can try some things, and if they don’t work, we can make some adjustments or try something else.

I believe that police services are really human services. Some of our customers ask for our services, and we have some unwilling customers, but at the end of the day police are uniquely situated to help build communities, and that's really the reason why I joined in the first place: to try to make a difference, especially in the most troubled neighborhoods. I think that we've evolved to a place where were better situated to make this difference. We've proven that, but I don't think that where we are today is the end of the story. This is still being written, and that's exciting for me.

What you're seeing now is the end product of a continuous build. Even what the department looks like now is really different from when community policing was installed in the summer of 2006. Our job has expanded, and that should be the case.

RFR: I understand that you’ve put your hat in the ring to be the full-time Chief of Police in Richmond. Why do you think you’re the best person for the job?’

AB: I'm really proud to be a police officer, and I'm especially proud to be a Richmond police officer. I've been a Richmond police officer for a really long time, and I've been actively engaged from the day that I joined in every major initiative or every major problem confronting the police department. I always raise my hand. I'm in. Let me help. I’m really proud of the progress that we've made under Chief Magnus' leadership in terms of being less insular than traditionally we were before he came here. We're now more open, more forward thinking, more progressive, and more in tuned in the external environment.

I like where we are, but I really get excited when I think about what we could become. I want to be the person who takes the baton from Chief Magnus and takes this work forward and continues to build and add and be more effective. I don't think that there's anyone who's better suited to do that than me.

In Part 2 of Radio Free Richmond’s interview with Interim Police Chief Brown, we discuss his views on building community trust in light of incidents involving use of force, what he would bring to the police department if he became the city’s top cop, and how the community can help curb the recent spike in violent crime.