ANOTHER LAW THAT ISN’T WORKING

In 2018, Attorney Scott Rafferty sent a ‘threat letter’ to the WCCUSD demanding that they convert from At-Large elections for the Board of Education to Ward Elections. 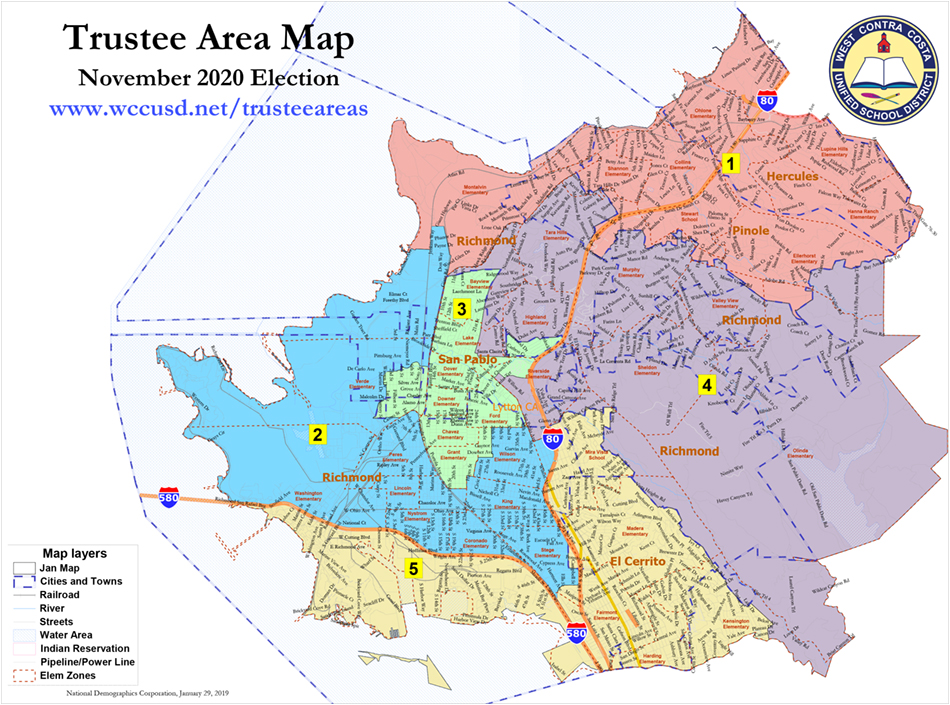 In his letter, Attorney Rafferty wrote “In 2001, the Legislature determined that the use of at-large elections (by cities and districts that are characterized by racially polarized voting) dilutes the influence of minority voting blocs. The CVRA created a private right of action to require the jurisdiction to elect its governing body from single-member districts.”

Many of our neighbors have embraced the concept that they can only be represented by someone that looks like them and Attorney Rafferty is laughing all the way to the bank because of this.

He insists that minorities can’t get elected to school boards and city councils unless we have elections wards that are set up based on the ethnicity of the residents (NOT the voters—just the residents).

The WCCUSD has one African American, three Latinas and one white person.  The Richmond City Council has four African Americans, one Asian and one Latino (six minorities out of six seats) yet Attorney Rafferty insisted that we needed this change in the electoral process.

Make no mistake that his efforts had less to do with social equity and ensuring a diverse elected body as it did with lining his pockets.

Just for sending the letter, the courts have stipulated that the ‘purveyors of social justice’ are entitled to $30,000 just for submitting an invoice.  When the WCCUSD challenged his demand letter, before they caved Attorney Rafferty had rung up a $318,000 bill.  This was money taken directly out of the classrooms and put into his bulging pockets. 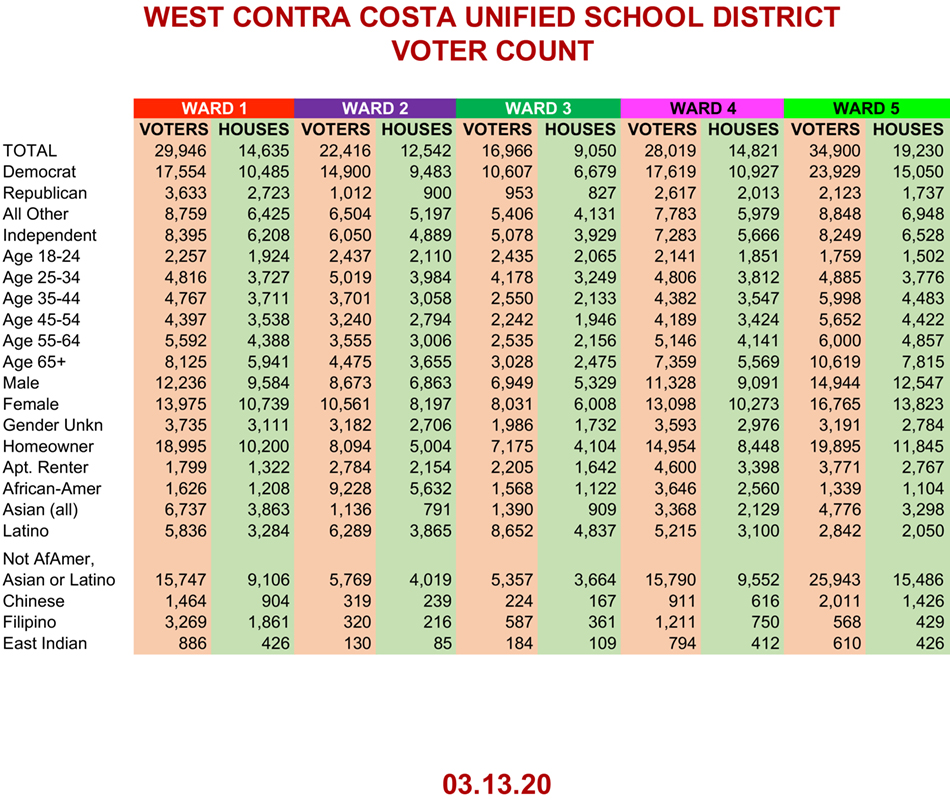 The requirements of this legislation require the demographers to use data from the latest census—2010.  Whether it is the WCCUSD or the City of Richmond, this data is so old and inaccurate that it’s beyond laughable.

Both entities asked Attorney Rafferty for an extension to make the change using the most current data after the 2020 census but his pockets felt lonely and he demanded that the changes be made then and there.

The legislation requires that each ward is drawn with approximately the same number of residents but when we look at how many registered voters are included in each of the five electoral wards drafted for the WCCUSD, the numbers show a dramatic disparity.

For instance, Ward 3 has been created to enfranchise Latinos so they’ll have a better chance of being represented by one of their own.  This is the northwest section of Richmond and San Pablo.  Ward 5 was created so the more affluent residents of Point Richmond, the Marina, the Richmond Annex and El Cerrito north to McBryde Avenue could also be represented by someone who have similar interests.

Both are supposed to be of nearly equal populations but according to Political Data, Inc (a well respected political data firm), Ward 3 has 16,966 registered voters while Ward 5 has 34,900 registered voters—less than half as many.

One of the stated reasons for breaking up the District into smaller wards is that the cost of campaigning when there are fewer voters to campaign to will make it easier for the less affluent to run for office.

But in this case.it will cost twice as much in Ward 5 as it would in Ward 3!

Between printing and postage sending a simple postcard just informing recipients that a candidate is on the ballot in Ward 5 can cost more than $15,000!

Had Attorney Rafferty truly been interested in social justice, wouldn’t it make sense that he would make every effort to ensure that the electoral wards were drawn to be as fair and equitable as possible?