Anthony Caro ~ In His Own Words 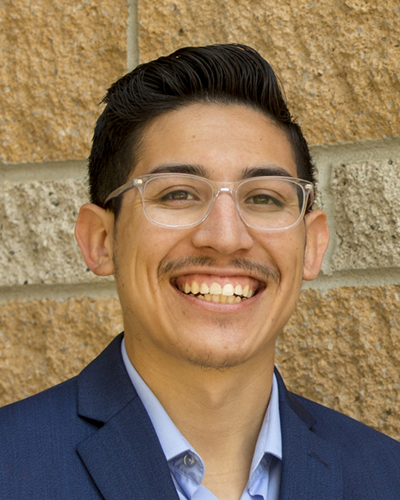 My name is Anthony Edward Caro and I’m running to represent you on the West Contra Costa School Board.

Growing up in Los Angeles, I lived the achievement gap. I remember having to wake up at 4am so my father could take me to my grandmother’s apartment in the projects before his 12-hour shift at work. From there, my mother would get off her 10-hour graveyard shift and take us to school. I remember her falling asleep in between red lights while on the drive as she would have to do it all again the next day. All of this was so my three brothers and I could attend a high performing elementary (Preschool to 5th) and middle school (6th-8th) in a very affluent neighborhood. To paint a picture as to the level of affluence this community has, they have a Trump golf course. My elementary school would be known as one of the highest performing schools in the state. While in 1stgrade, they paid to bring real farmers to come and talk to us about sustainable food practices. In 4thgrade, we took a trip to the wilderness to learn about diverse ecosystems. In 5thgrade, we stayed on an island for a week to learn Marine Biology. In 7thgrade, they paid to have full museum exhibit delivered to us so we can study the Mayans.

In contrast to this, I went to a Title I high school (9th-12th) on the other side of the county. The view from my classroom window changed. Where there once was a beach, a large port, and hundreds of palm trees, there were now train tracks, freeways, and blight. During the first few months of 9thgrade, there were riots, axes being swung, and students being arrested. To me, the change in setting didn’t matter. Haven’t spent most of my childhood in the projects, none of this was new to me. What changed, was the level of education. In 7thgrade, we were being prepared to take AP courses. In 10thgrade, I was one of only three sophomores in the entire school that qualified to take an AP course. In 2ndgrade, we were taught how to tell time. In 11thgrade, I sat next to a student who needed help reading the analog clock on the wall during the CST. In 8thgrade, we had representatives from UCLA and USC come to give side by side speeches on why we should enroll in either school; as if we were all accepted and they were fighting for our enrollment. From 9th-12thgrade, we would have a regular army recruiter set up a table during lunch.

There was a huge gap in the opportunities of my classmates. A few of the other school board candidates have pointed out the gaps in achievement between our students here in WCCUSD. But this gap can be closed.

Though my fellow upper grade classmates didn’t have the same educational opportunities as my lower grade classmates, my high school did everything in their power to make up for that. My high school classes ended at 2:48pm every day, but our teachers would stay until nearly 6pm to provide tutoring, extra credit, and extracurricular activities. We had an eight-period bell schedule. So while four of those were spent on core classes, the other four could be spend on retaking necessary courses, getting a head start on the next set of course requirements, and ensuring that we had taken every course needed to go to college. We started offering every extra-curricular program that you can imagine from journalism and mock trial, to academic decathlon and other national competitions. Almost every single teacher was the advisor to a student club, therefore there was always something for everyone to get involved in.

My high school didn’t have the privilege of hundreds of parents willing to donate to its programs like my elementary and middle school did. But what it did have was superheroes running it.  Our teachers and staff knew the opportunities and resources we students needed, and they did their best to provide all of them. My high school is made up of 98% minorities and 79% economically disadvantaged students, almost exactly like Kennedy and Richmond High School. Because of the school system that my teachers and administration created, they have a 93% graduation rate with 100% of those graduates meeting the qualifications to go to a UC and CSU.

Some may see the achievement gap as a macro issue that we don’t have any control over. As someone who’s lived and seen both sides of the gap, I can attest that there’s a lot we could do to close it here in WCCUSD. This is one of the reasons I decided to run for school board.

After starting school at UC Berkeley, I began working in the warehouses on Ohio Avenue in Richmond. It was here that I met former students of WCCUSD and they told me of the achievement gaps that were present in this school system. It was then that I began organizing. Since then, I’ve been working with students, teachers, and parents to identify their needs and push for those needs through policy at the school board level. It was doing this work that I met my fiancé, Mitzi Perez, who is now a teacher at Kennedy High. After doing some organizing, I decided to pass these skills on to students. That’s when I formed my organization, Citizens Power Network, where our mission is to educate and motivate citizens to vote and be civically engaged.

Through my work, I’ve spoken with hundreds and hundreds of students, parents, teachers, and community members. All of them have told me stories of success and struggle while in our school system. I’ve heard 5thgraders at Nystrom tell me that they feel like they’re in prison. I’ve heard grandmothers at Crespi tell me that our volunteer system is ineffective. I’ve heard teachers at Kennedy tell me they aren’t in the loop when the district makes decisions that directly affect them. I’ve listened to every single one and have worked with them on ways we can make improvements.

This year, we’re going to have to cut $4 million just to balance the budget adding to a total of $10 million in cuts. It is for this reason I’ve been doing research into low cost solutions that have high impacts. I’ve spoken with people at the Center for Disease Control on ways we can create a more positive school climate, I’ve looked at studies on how to increase college readiness, and I’ve spoken with non-profit leaders on ways to prepare students for the workforce.

The same old same old isn’t working. Every year district scores drop as we aren’t we allow students to fall through the cracks. Yet, the incumbents are still running for re-election.

The same old same old isn’t working. Every year we lose students as they and their parents don’t feel we can offer them a quality education.

The same old same old isn’t working. Every year we lose teachers as we’re not providing them a living wage nor the supports they need in the classroom.