While visiting Richmond on Friday, United States Attorney General Loretta Lynch celebrated the progress of the city’s community policing tactics during a community forum, but both she and protestors outside the event said that much work remains to improve relations between police officers and the community.

“I’ve looked at many of the issues facing us, and I think none of them are more important than that of police-community relations in this day and age,” Attorney General Lynch said at the beginning of the forum.

“We are at a point in this country where the issue seems to be front and center, and people may think that [is the case] because of certain incidents that have happened, but those incidents reflect years and generations of negative interaction and mistrust that come together in flashpoint situations.”

While acknowledging recent conflicts between officers and civilians across the country, the Attorney General pointed out the work being done in Richmond as a sign of hope. 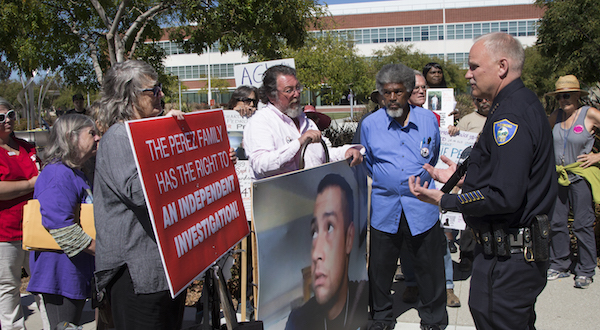 “It’s clear to me that Richmond is working toward really a holistic and comprehensive approach that is more than just an arrest, more than just identifying a suspect, but is trying to address the root causes of these problems…which is really where we all have to start,” Attorney General Lynch said.

Dozens of community leaders — local small business owners, Richmond City Councilmembers, church leaders, and others — were gathered for the forum, which aimed to breakdown barriers between police officers and civilians, strengthen relations, and foster an open dialogue on issues that affect people in Richmond and beyond. After the opening remarks, media were cleared from the room and these community stakeholders talked at length about their perspectives on issues of community police relations.

“There’s a lot of work still do be done, and I’m expecting some very candid ideas from the community,” Richmond Police Chief Chris Magnus said before the event. “Progress is being made, and this is a good example of how relationships can really help the community.”

Protesters outside the event, however, claimed that not enough was being done on this front. Family and friends of Richard “Pedie” Perez, the unarmed young man who was killed by an officer of the Richmond Police Department a year ago, called for more transparency and accountability from the city’s officers. 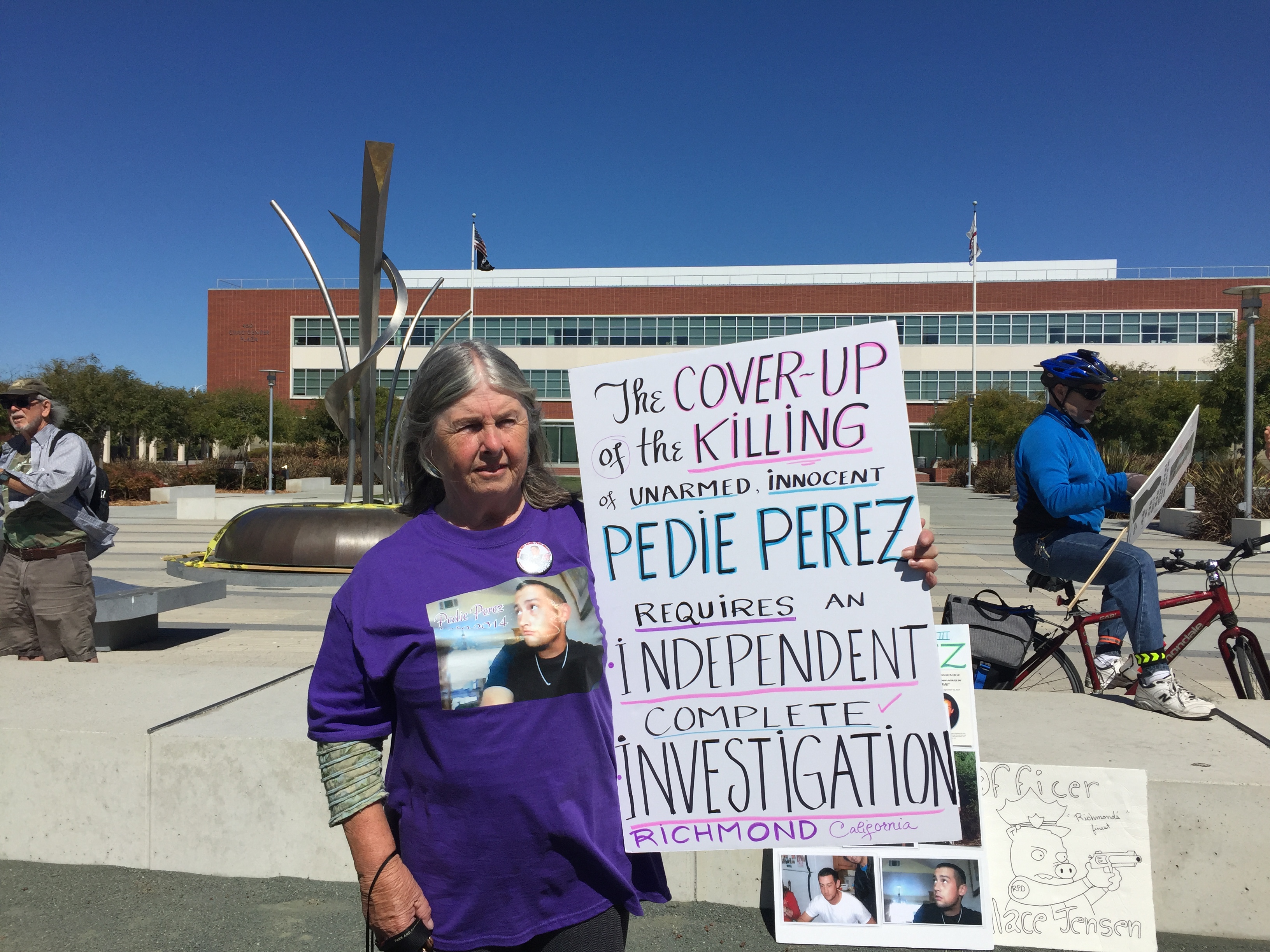 “We’re being ignored, and Pedie’s case is being swept under the rug, for all practical purposes,” said Pat Perez, grandmother of Pedie Perez. “We want an independent investigation, and that’s not happening. We just want the truth.”

The forum Friday was part of the Community Policing Tour, a national, six-city tour by the Attorney General to gain an understanding of community policing partnerships in cities that have had histories of tension between the police and the community.