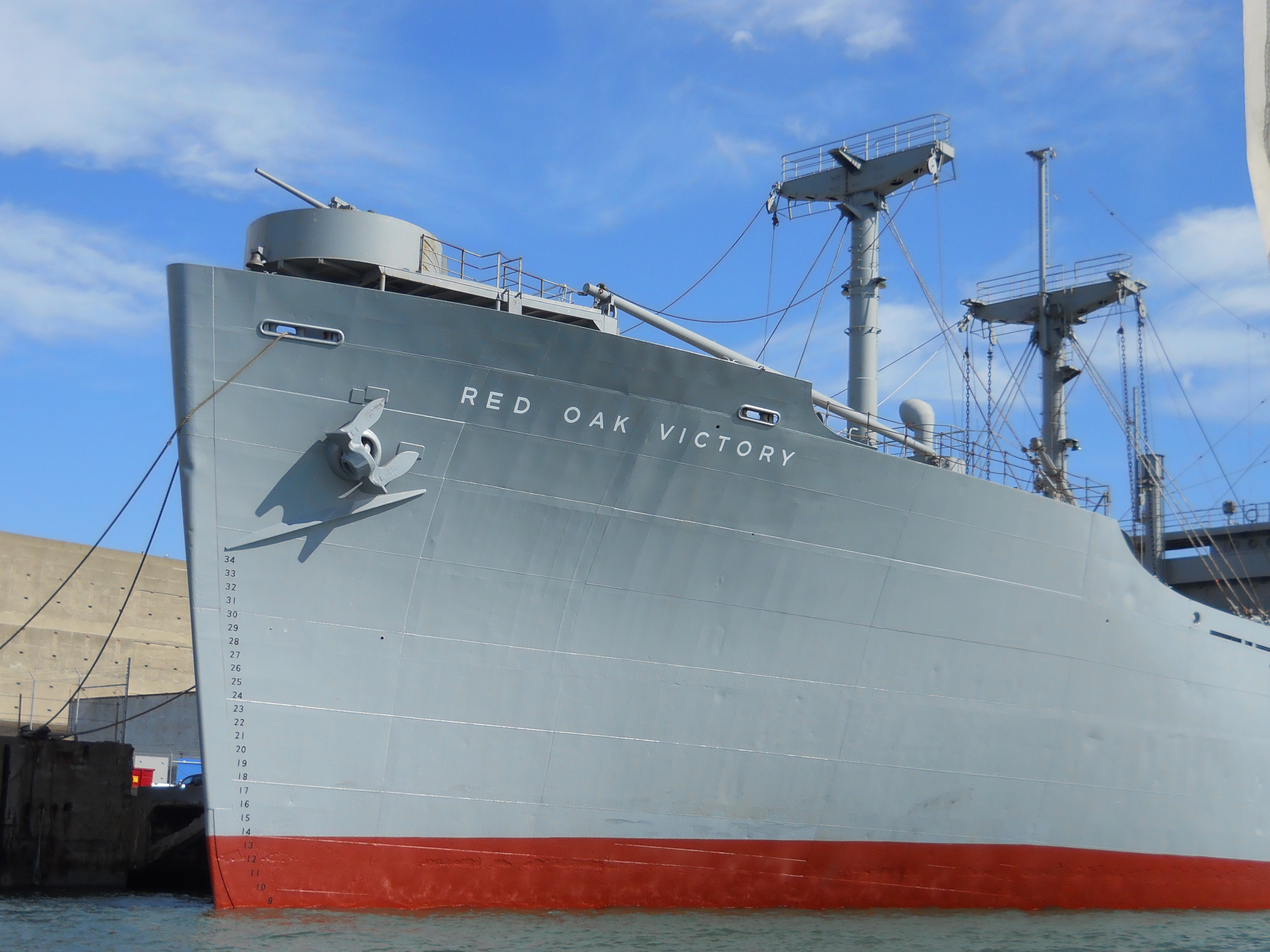 Richmond City Council trudged through a discussion to determine the short and long-term destination of an historical warship during a special meeting Monday evening. The conversation reawakened a contentious disagreement among Councilmembers over the rightful place of the ship and the City’s approach to balancing business interests in the Port.

The item in question was a reimbursement agreement* with the Richmond Museum of History to install utilities in Basins 1 and 5 in preparation for the move of SS Red Oak Victory — a WWII-era ship built in Richmond which now stands docked at the city’s port —in preparation for a move first to nearby Basin 1 before an eventual, more permanent move to Basin 5.

The ship in its current location blocks the Bay view for Rigger’s Loft Winery, which is currently under construction.**

Further complicating the issue is another tenant of the Port: Foss Maritime, a ship transport company that has held the location at Basin 5 for over 15 years.

The move of the ship to Basin 1 would unseat Foss, and it is this reshuffling of businesses in the Port which led some Councilmembers to accuse Mayor Tom Butt and City Manager Bill Lindsay of throwing their weight around to get what they want.

“This could have been done with more professionalism,” chastised Councilmember Nat Bates. “We had two tenants, Kevin Brown with Riggers Loft Winery, and Foss. I don’t like the idea that the mayor seems to have made it difficult for them.”

In early July when the City Council last discussed the issue Mayor Butt fought to move the ship only to Basin 5. This location would be advantageous to visitors in the area, Butt argued at the time, because it would be closer to the Rosie the Riveter WWII Home Front National Historic Park.

Mayor Butt met with Foss and Brown on a number of occasions to hammer out a deal.

“I do think that things need to be done amicably, and people shouldn’t feel bullied or threatened,” said Councilmember Eduardo Martinez during the discussion Monday evening.

Mayor Butt rebuked any accusations of bullying from Councilmembers.

“For reasons I don’t totally understand, I’ve heard you all criticizing me on this,” Mayor Butt started. “If Foss wasn’t satisfied with the deal they wouldn’t pay $80,000 to move the ship twice.”

In addition to acquiring a new spot in the Port at Basin 2, the maritime company has also agreed to transport SS Red Oak Victory twice for free —first from its current location to Basin 1, and eventually from Basin 1 to Basin 5, where it will stand long-term. The cost for moving the ship twice is estimated by Foss to cost upwards of $80,000. 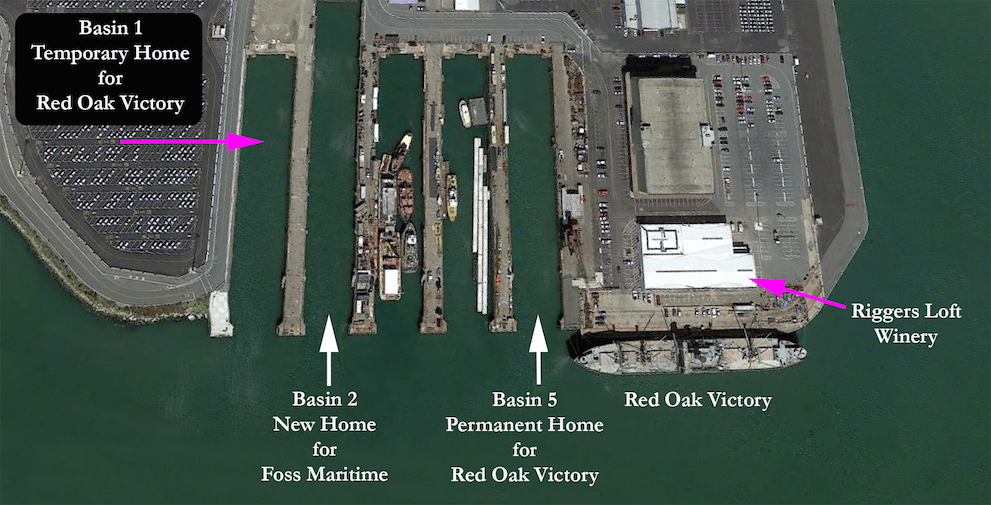 **Correction 8/5/15: This article originally stated that the lease of Rigger's Loft Winery stipulated that the owners have a view of the Bay. In fact, there is nothing in the winery's lease that entitles them to the view.