Betty Reid Soskin on Life and Progress in Richmond, Part 2 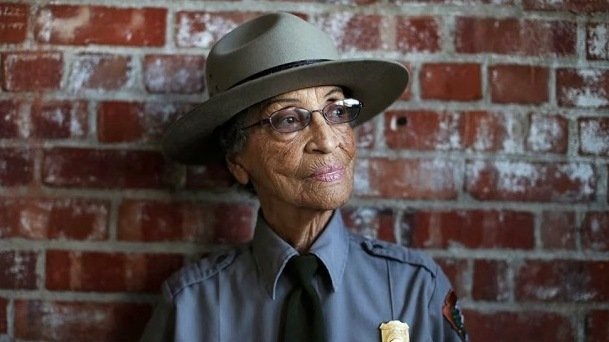 In part one of Radio Free Richmond’s interview with Betty Reid Soskin, the 93 year-old park ranger described the passion behind her work. In part two, Soskin continues the conversation and focuses on the changing nature of Richmond.

RFR: Many youth in Richmond have a feeling that they can’t go from one side to another for fear of cross-city rivalries. How do you think that your kind of storytelling could help ease these tensions?

BRS: I absolutely do not share that experience. I have lived in Richmond for 13 years, I lived in El Cerrito before then, and Berkeley before that. I lived all my life within about a 30-mile radius of here. I know Richmond’s reputation, but I’ve never actually seen violence. I’m not sure how it would affect me if I did. But I think that the violence to some extent is a self-fulfilling prophecy. When the city’s energy was directed defensively —marching, protesting, all that stuff —it was attracting a bad press. My sense is that the defensive battles are wasted energy. If you have a bad idea, replace it with a good one.

Before I came here, for many years I operated a business in South Berkeley.  That area was probably the heart of the drug trade. There were dealers on every corner. I learned the names of the kids that were standing out there on the corners, and when one would be gone I would inquire whether he was in jail or not. [laughs]

About five years after I took over that business from my husband, and I had the drug dealers out there registering voters! [laughs] It was really interesting. The reason is, the honest-to-god truth, these young boys that I knew as dealers who I had enlisted to stand on the corner, I thought, They’re going to be here anyway, you might as well register voters! [laughs]

The day they were to do that, they each came in clean jeans and white shirts with clipboards. At the end of the day they had a bunch of people’s names on the clipboards, but theirs were missing. That’s when I began to learn that most of those kids were disenfranchised. That they had lost their vote by having served a felony for drugs. I learned so much in South Berkeley. Richmond was no problem to me, it never has been.

RFR: What have you seen change in Richmond over your time?

BRS: Oh, there have been lots and lots of changes. It was more formally a company town when I came in. Over the last ten years it’s been gradually becoming more progressive, and at this point it’s leading the nation.

By virtue of what happened to Richmond over the second World War period — which is why it’s so important and why it’s so interesting to me —the people that gathered here and remained have attracted people who were the dreamers and the visionaries who came here to find a constituency. The greater Bay Area has been radiating out into the rest of the country ever since.

Richmond is becoming the new Berkeley, and Berkeley is becoming more and more conservative. Its student activists are not nearly what they were in the ’60’s, but a lot of those lower income, progressive whites trying to find that starter home that they can no longer afford in Berkeley have come to Richmond.

RFR: Do you count yourself among those dreamers who gathered in Richmond during WWII?

BRS: No. Not at all. I grew up as a second-generation American. My family came here from New Orleans, and I grew up without ever attending a segregated school. Had I remained in New Orleans, that wouldn’t have been true. When the war came in 1941, I was already in place here. During the war I saw the workers who came here from the South as invaders. [laughs]

RFR: Do you see your work today as part of a bigger national story?

BRS: I think that my work has helped to shape the park. I came in at a time when there were only four people working here, and now there are 53. I’ve had an impact, and I really value that. I think that I helped to shape the direction of the park. It’s a park with integrity. It’s honest. If you notice the exhibit, there are no heroes here. It may be the only park in the country devoted to ordinary people, and I helped to establish that.