Crime stats for the first half of 2015 are out, and for the first time in years Richmond is seeing some troubling increases in crime.

Both violent and property crime are up in the city — by 16 percent and 14 percent, respectively, compared to last year. This increase is a shift from the major reductions of crime in years past, but it’s not exactly a surprise to the Richmond Police Department (RPD).

Changes in state approaches to incarceration and internal staffing struggles within the RPD are both to blame for Richmond’s rise in crime. The RPD is getting creative to tackle these challenges, and they’re calling on the Richmond community to help in their efforts.

The city has seen a steady increase in crime over the past 12 months, but Richmond Police Captain Mark Gagan cautions that statistics don’t tell the full picture.

“Crime can be up, but if community members feel that police are being responsive and are doing community events and doing crime bulletins — even though crime is up — the level of service and satisfaction can be up,” Gagan explains.

Still, two major legislative changes have resulted in more crime, according to Gagan. California Proposition 47, which was approved by voters last November, reduced penalties for many drug-related offenses. Previously, legislation approved by the California State Assembly in 2011, the Public Safety Realignment bill, has worked to reduce prison populations. Combined, these two efforts are resulting in an increase of criminals on the streets.

The increase in crime isn’t isolated to Richmond. Across the country, cities like Baltimore are seeing a 45 percent increase in homicide, and even Walnut Creek is experiencing a recent uptick in theft.

The RPD’s solution to crime at home? Take advantage of changing circumstances to push for creative solutions.

“The people who are committing [violent and property] crimes, when apprehended, are not receiving the same levels of punishment,” the RPD captain explains. “That’s an opportunity for us in law enforcement and community groups to come together to try to impact what needs to happen for those people.”

Ceasefire — a program that has been around for years to promote community engagement in an effort to stop street violence —  is getting a new sibling of sorts: Law Enforcement Assistance Diversion, or LEAD.

What Ceasefire does for gun violence, LEAD aims to do for drug addiction. The program is already in use in cities like Seattle where there are large populations impacted by drug addiction. LEAD’s method is simple yet effective. By increasing relations between drug offenders, the police, and the community, drug users have increased accountability and diminished anonymity.

Now that prisons working to reduce their populations and individuals with drug offenses aren’t necessarily going to jail, the need to find for long-term solutions for criminals is being allocated to police departments and communities.

“As a captain of the RPD, I would love for them to stop committing crimes, but if they move to another city 30 miles away, I’m kind of ok with that too,” says Gagan reluctantly.

Another issue affecting the increase of crime the city is a reduction in RPD staff. A number of officers are out with injuries, and a tight city budget means that the police force can’t pursue training or hiring as readily as they would like. The department currently has about 170 officers on the streets, and they would like to have closer to 200, according to Gagan.

The RPD is calling on the community to help fill these gaps and create accountability where they cannot.

“People have a much bigger role for the community to be healthy than just the police,” Gagan insists. “It would be a big mistake for me to say that we’re going to have these officers working at this time and it’s going to fix a problem.”

Instead, Gagan and the RPD are increasing their already extensive community outreach efforts. The upcoming Safe City Summer Fair coming up in August is central to this. The RPD hopes this event will help spur further engagement between the community and the department through hands-on crime prevention demos and opportunities for the public to meet RPD beat officers.

Beyond the RPD, Richmond’s Office of Neighborhood Safety (ONS) has been crucial in building relations between the community and the city to prevent gun violence in the city. Combatting the recent uptick in crime is part of their everyday mission, according to ONS director Devone Boggan.

“None of the recent activity surprises us at all,” Boggan explains. “One of the things we have to negotiate every day is putting out fires— conflicts happen here every day that could lead to gun violence, and some of them, unfortunately, are going to manifest in that way. We work to get in the middle of any potential conflict to interrupt it to prevent it from happening. That’s what we’ve been doing, and that’s what we will continue to do.”

The city and RPD are deploying a myriad of tactics to combat the rise of crime in the city, but only time will tell as to whether they’re effective in battling this recent uptick of crime.

See the data from the RPD report below: 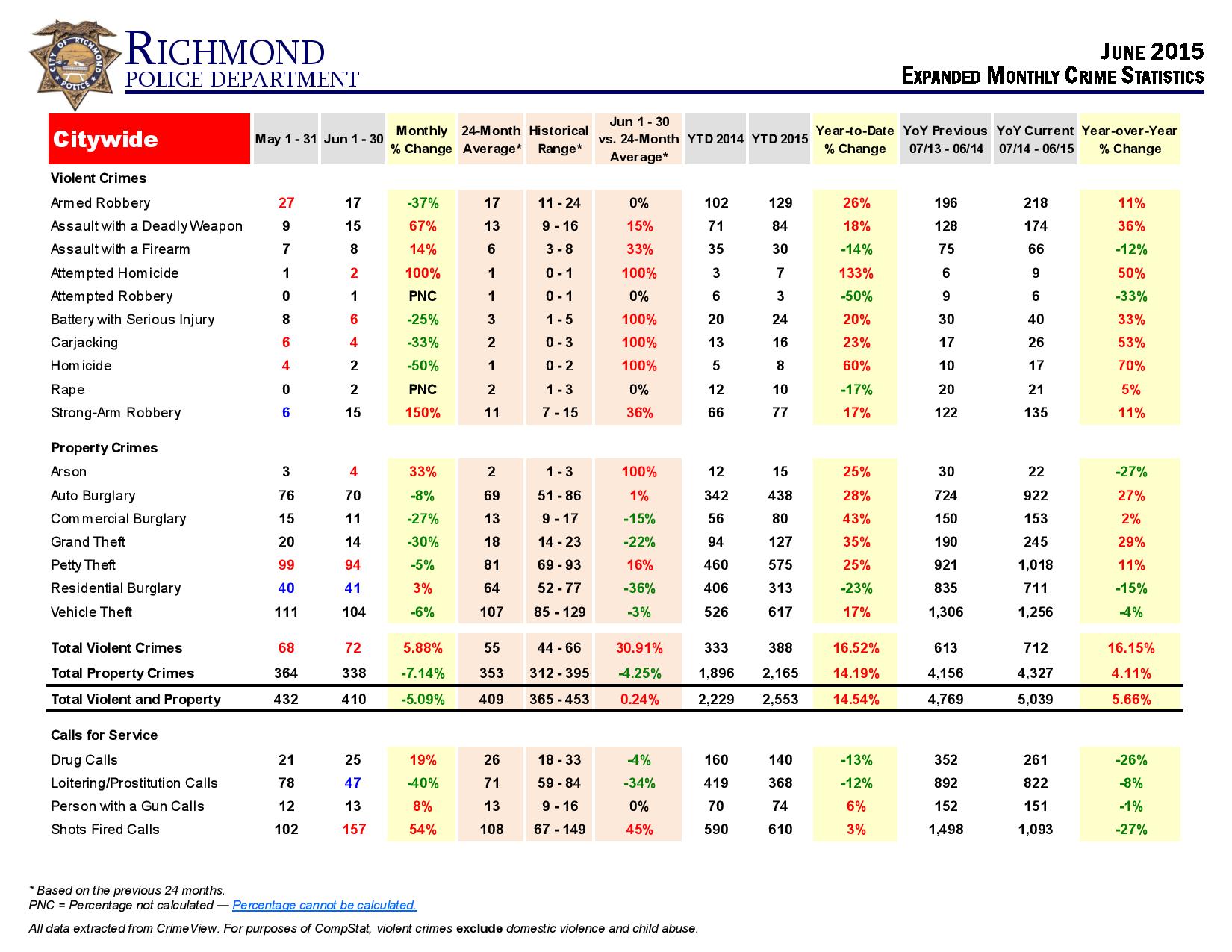 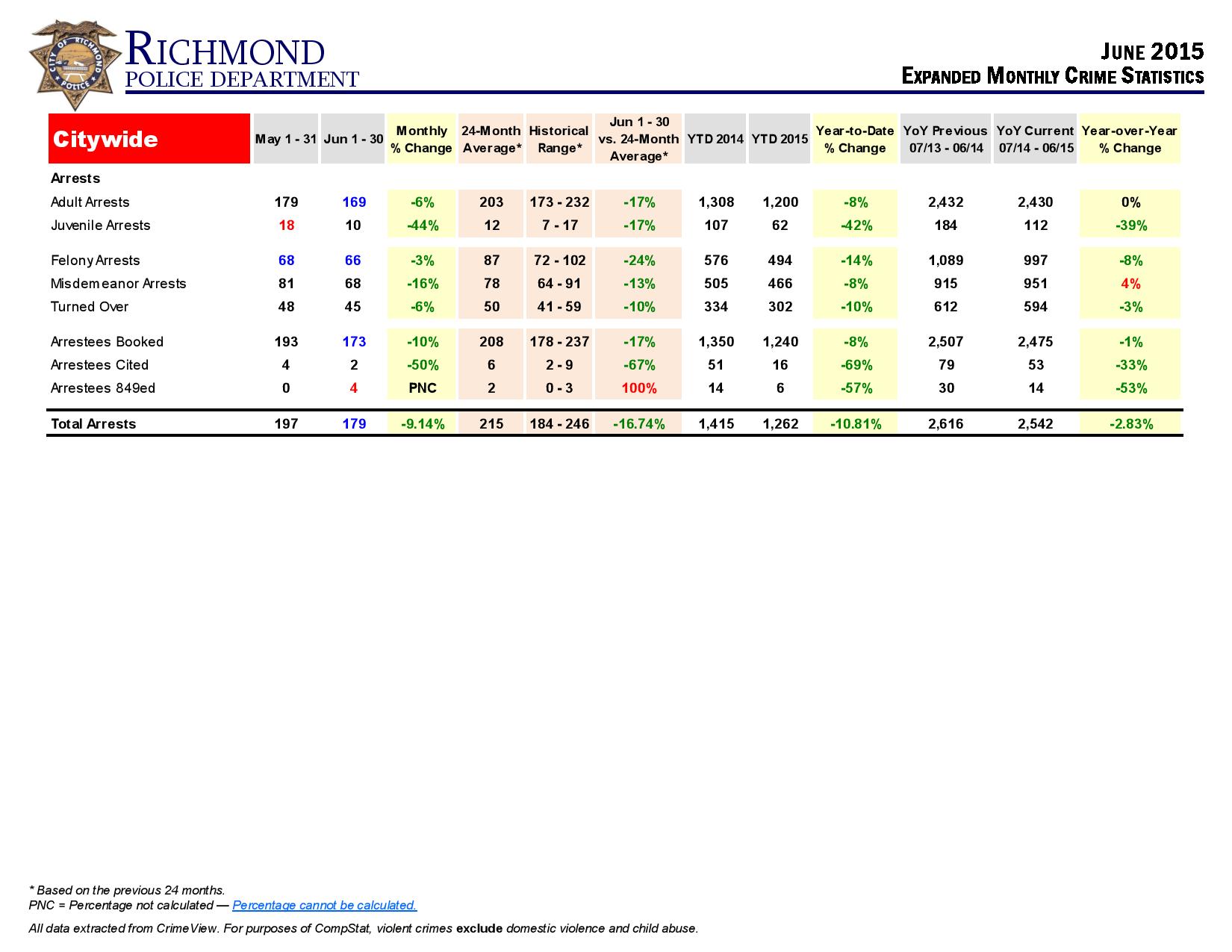 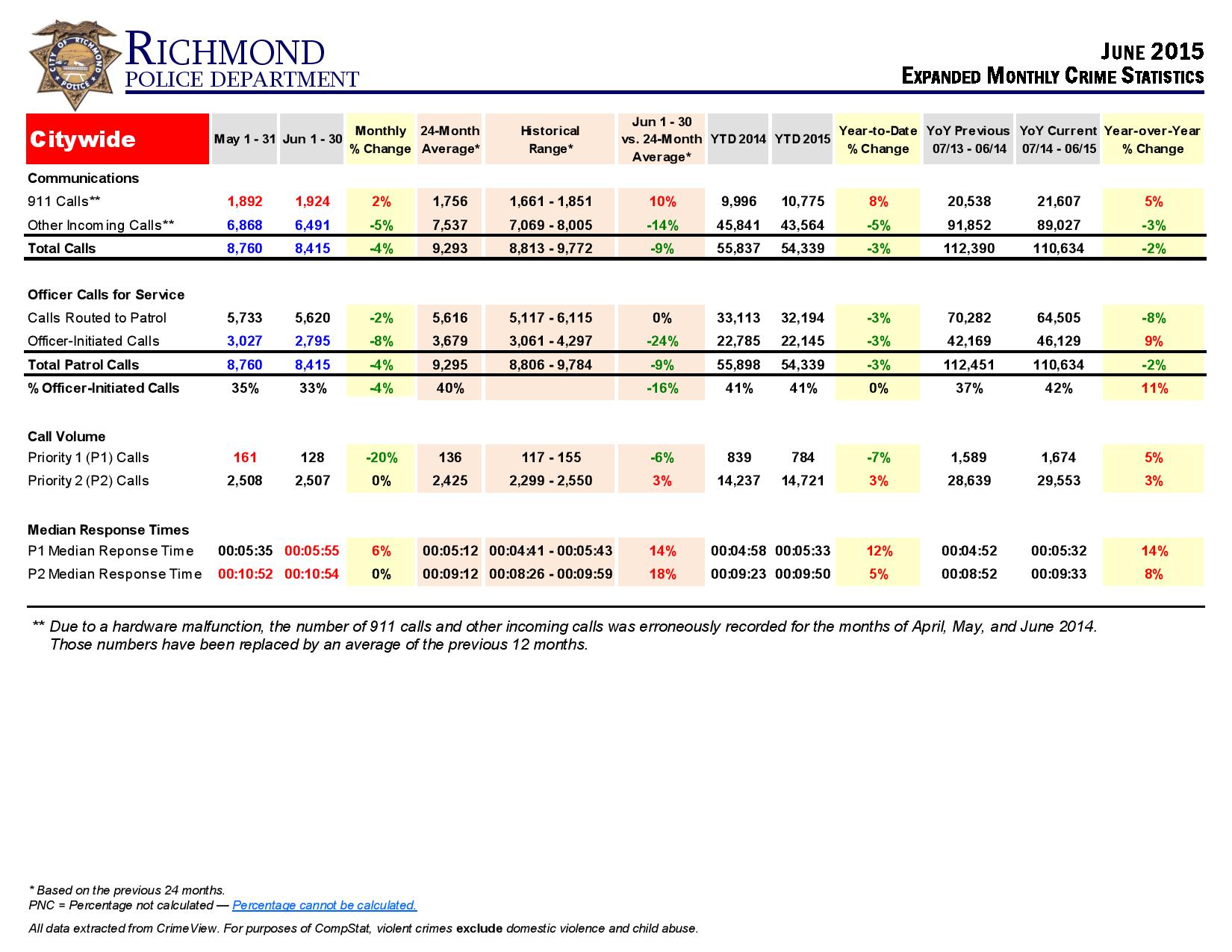 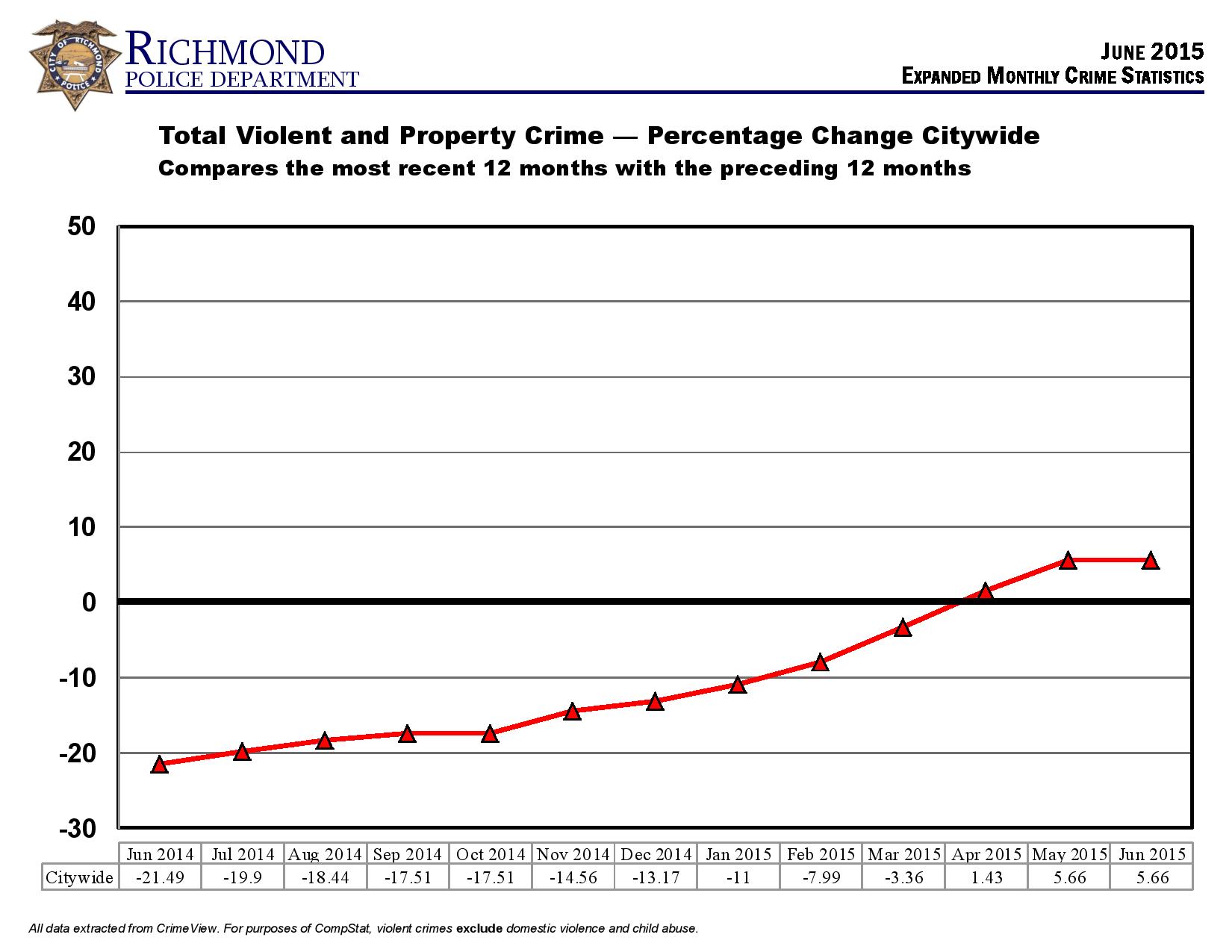