Billionaires are spending millions of dollars trying to influence our local school board and State Superintendent of Public Instruction races in an effort to expand charter schools in our district and in California.

These venture capitalists, hedge fund managers, investors, real estate developers and builders understand there is a profit to be made (at our children’s expense). These billionaires, who have no experience in our classrooms, want to use their wealth to push their education agenda on the rest of us. Their agenda is simple:

They use their campaign contributions to purchase political clout to oppose laws that would create any meaningful oversight or cap the expansion of charter schools and protect district schools.  Failure to place a cap on the number of charter schools in a district could ultimately result in district bankruptcies as we have seen in other states.

They are pushing this private, corporate, anti-public education agenda despite research that clearly shows how it impacts students, hurts our neighborhood schools and costs taxpayers money. See recent studies below. 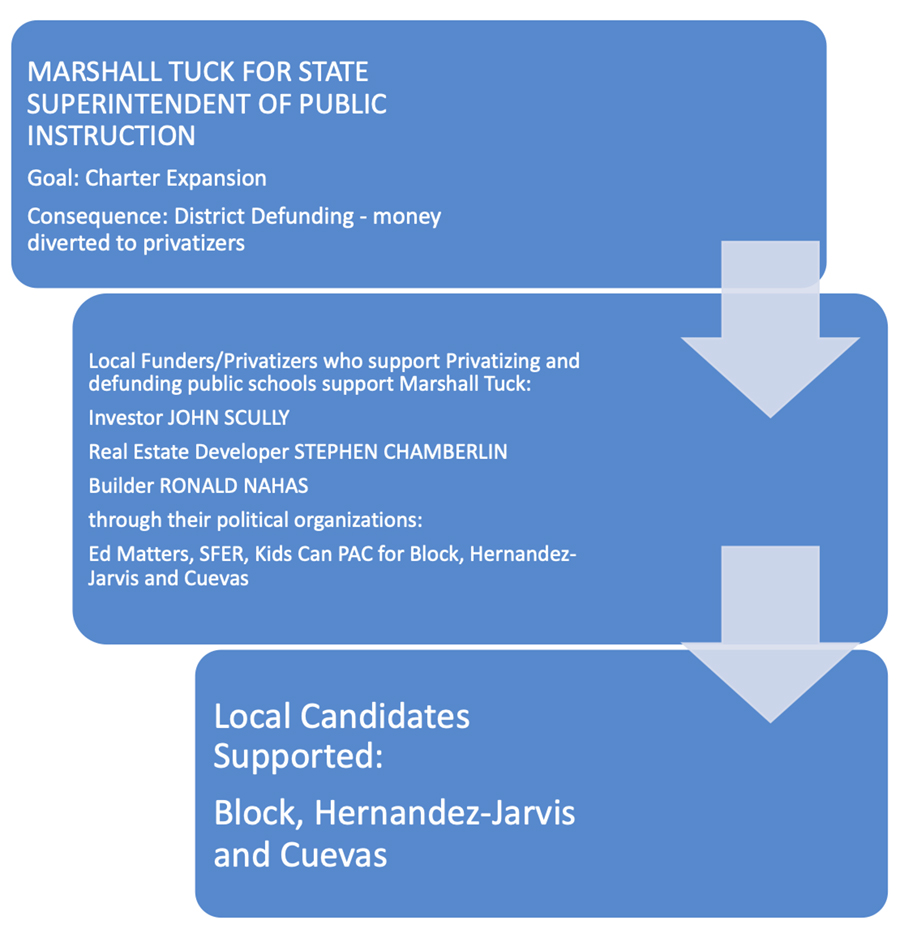 In 2016, the NAACP, the premier moral institution in the United States which defends our civil rights, passed a Resolution calling for a moratorium on the expansion of the charter schools nationwide until such time as:

“(1) Charter schools are subject to the same transparency and accountability standards as public schools;

(2) Public funds are not diverted to charter schools at the expense of the public school system; (emphasis added)

(3) Charter schools cease expelling students that public schools have a duty to educate; and

(4) Charter schools cease to perpetuate de facto segregation of the highest performing children from those whose aspirations may be high but whose talents are not yet as obvious.”

Billionaires are heavily funding the election of charter school expansion advocate Marshall Tuck for State Superintendent of Schools. Tuck has received generous donations from our local privatizers – investors, builders and developers who can personally profit from such an expansion.  These same builders and developers are supporting local candidates as well.

If these candidates win, our children lose! Charters will expand – local schools’ funds will be lost – programs and salaries will be cut.   Don’t let that happen. 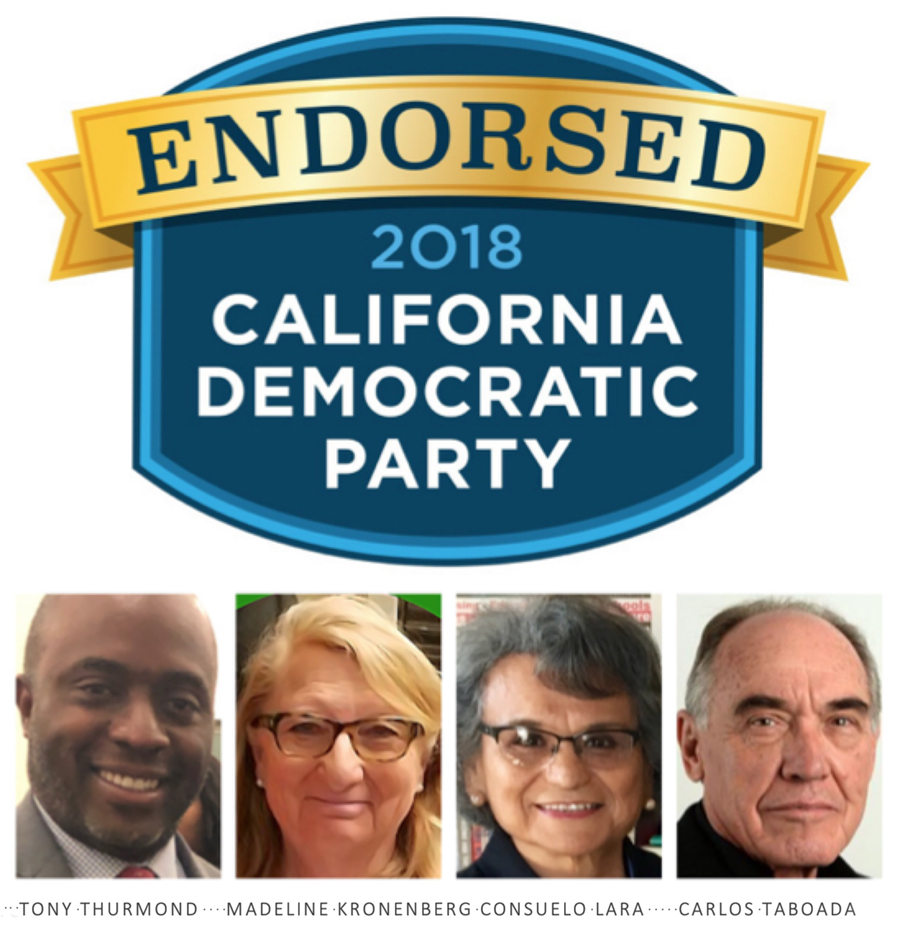