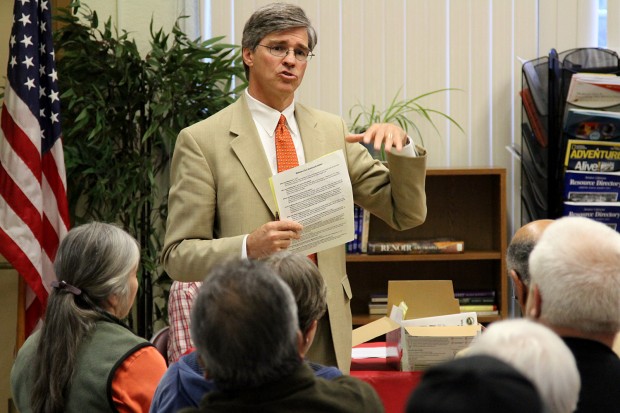 Richmond City Manager Bill Lindsay will keep his post until at least 2020 since his contract was renewed by the City Council on Tuesday night.

The 5-2 vote spotlighted the divisiveness surrounding the city manager, who has made marked improvements since he took office in 2005 but recently faced questions surrounding his fiscal management.

All of the City Councilmembers voted to extend the city manager’s contract an additional four years except Councilmembers Vinay Pimplé and Nat Bates.

“I don't have anything personal against Bill,”Councilmember Pimplésaid at the start of his remarks. “Bill is extremely hard working and I appreciate that about him, but there are issues that make me feel really uncomfortable.”

Among the issues Pimplé raised were the city manager’s handling of the city’s bonds and a general lack of transparency around his fiscal approach.

“I don’t entirely hold Bill to blame, because, yes, I may consider this incompetent, but there are a lot of incompetent city managers around, too,” Pimplé said.

Myrick urged his fellow councilmembers to vote unanimously in favor of renewing the city manager’s contract to show support for Lindsay, a wish that went unfulfilled when two members dissented.

Along with Lindsay’s four-year extension comes a six percent raise that he will receive in two percent portions contingent upon him reaching certain financial goals.

Achieving a structurally balanced budget without firing city employees, increasing reserves, and increasing the amount the city pays towards its pension obligations are among the achievements that will trigger Lindsay receiving portions of his six percent increase.

Read “Ten Years in, Performance of Richmond’s City Manager is Under Review” for more on the city manager.