The newsfeed these days seems solely focused on the possible impeachment of President Donald Trump as a result of, among many things, his intervention in the internal actions of Ukraine by pressuring them to investigate a political rival.  Will they impeach or won’t they?  The next few months will tell. 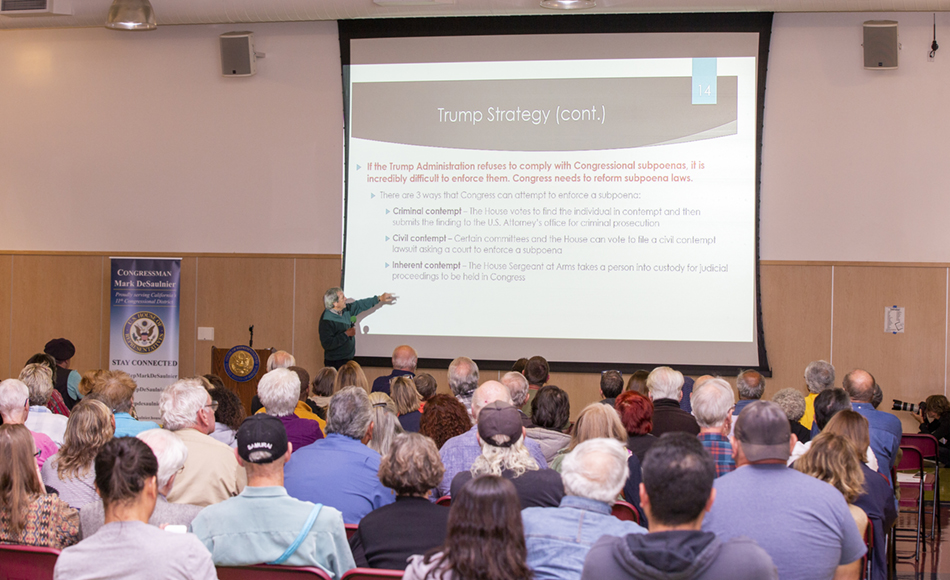 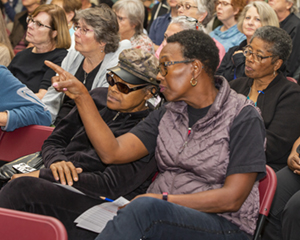 Residents in the 11th Congressional District—represented by Congressman Mark DeSaulnier—came to De Anza High School on October 3rd to hear what he had to say about the allegations and whether they rise to the level of the impeachment of the President.

With about 230 in attendance, the Congressman outlined what he does in Washington serving on four committees (when the norm is but two) and the successfully passed legislation he has been responsible for.

In particular, DeSaulnier told the crowd about his recent efforts to assist Isabel Bueso to stay in the United States to receive the medical treatment she needs to stay alive.

DeSaulnier focused on the issues recently made public alleging that President Trump spoke with Ukrainian President Volodymyr Zelensky asking for ‘a favor’ in exchange for $400 million in military aid. 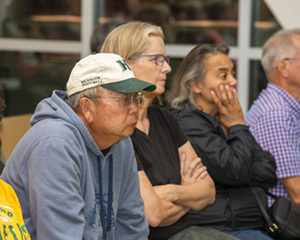 As is customary at DeSaulnier’s town hall meetings, participants were afforded an opportunity to submit written questions.  Even if time ran out, DeSaulnier’s staff promised to get back with every submittal if they were provided with contact information.

One of the reasons why questions are requested in writing is to expedite the Q&A process. When individuals are handed a microphone to ask their questions, they frequently have a story to tell or have lengthy commentary they want to add to their question—if they even get around to asking a question.  This process can take away the time of multiple other participants wanting answers to their questions.

At this town hall meeting questioners were allowed to read their own questions.

This allowed Mark Wassberg (wearing his red MAGA hat) to ask his question (demanding to see the exact proof that President Trump should be impeached) before going on a rant about Democrats, Nancy Pelosi, how stupid everyone else was and more.  DeSaulnier politely asked that he be allowed to respond to the question but Wassberg handled this much as he does when he speaks at Richmond City Council meetings (where he is frequently removed from the chambers after disrupting the meetings).  Wassberg continued to rant as the police approached him (before he departed on his own).

Earlier in the meeting, Hulan Barnett (an Executive Board member of the Fairmede/Hilltop Neighborhood Council) repeatedly disrupted the meeting with negative comments about County Supervisor John Gioia.  As with Wassberg, DeSaulnier offered to speak with him after the meeting but politely requested that he cease his disruptions.  And, as with Wassberg, as the police approached him, he departed on his own.

Even after the town hall meeting concluded and the Congressman met with individuals to hear their comments or to have photos taken, one individual spent more than 20 minutes angrily confronting the Congressman (all the while using his mobile phone to video the exchange).  Just as in the halls of Congress, as in many political campaign events and now at town hall meetings, basic civility is tough to find.

The streaming video shot by the County can be found here:

The Radio Free Richmond Video can be found here: