Re-posted from the Contra Costa Times: City leaders on Monday hailed the recent purchase of a closed steel factory in the city's Pinole Point Business Park by a Sacramento-based developer, calling the deal a step toward the city's emergence as a distribution and logistics hub.

"This is a signal to the market that we're ready for business here," said John Troughton of Cushman & Wakefield Inc., the firm that brokered the deal. "Distribution is coming back here; this is a shot in the arm."

Sacramento-based LDK Ventures LLC bought the 42-acre site in the Pinole Business Park last month and plans to build up to 700,000 square feet of industrial space. The site at 2995 Atlas Road contains an empty 350,000-square-foot former steel factory, which LDK will tear down and clean up soil contamination, Troughton said.

The demolition and development will require an investment of more than $10 million by LDK, Troughton said.

The new plans at the Pinole Point Business Park add to a flurry of development there in recent years, as companies like Whole Foods Market, UPS, Broadline Medical, International Delicacies and Bio-Rad Laboratories have taken root in the ample open space. 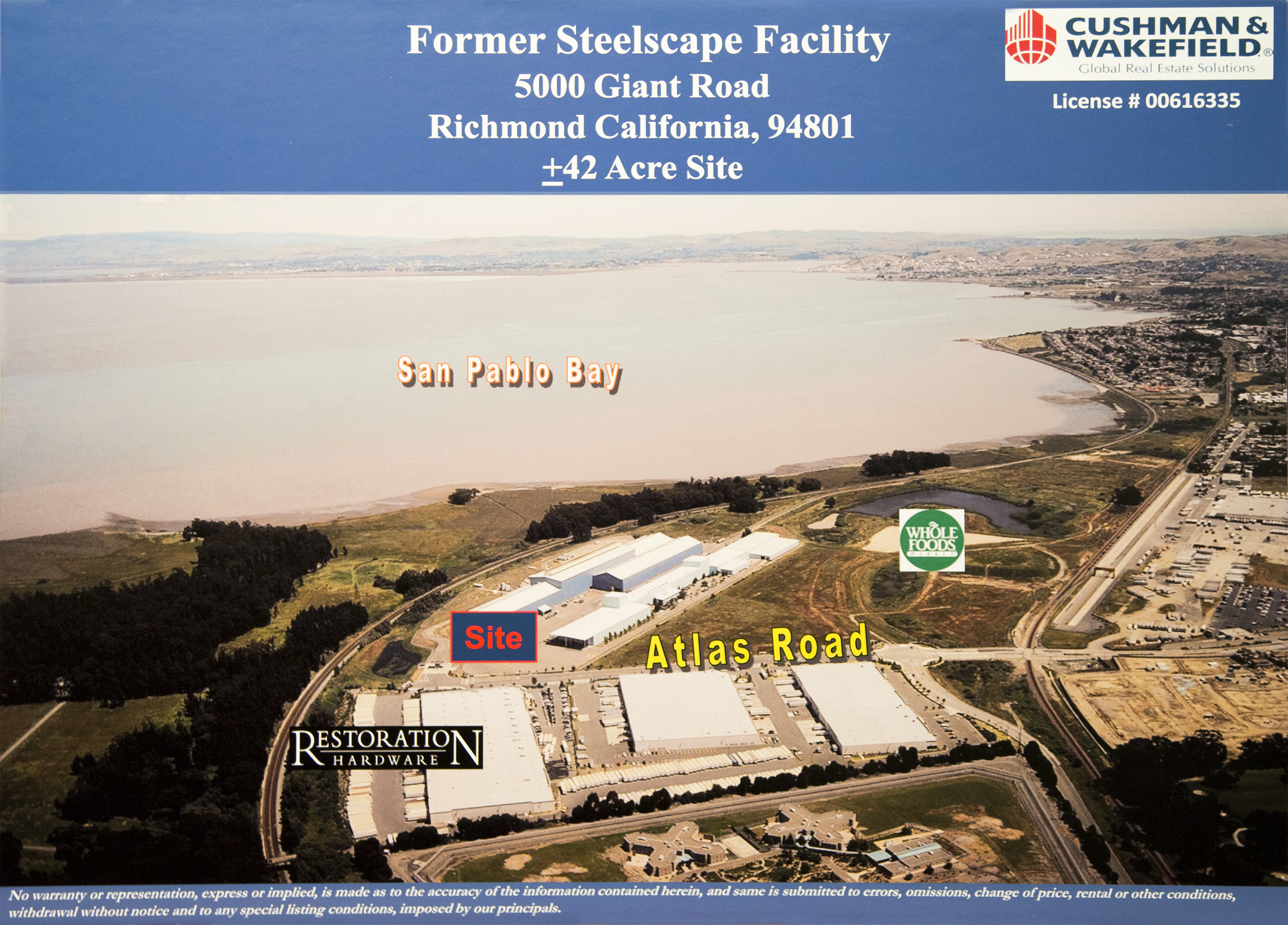 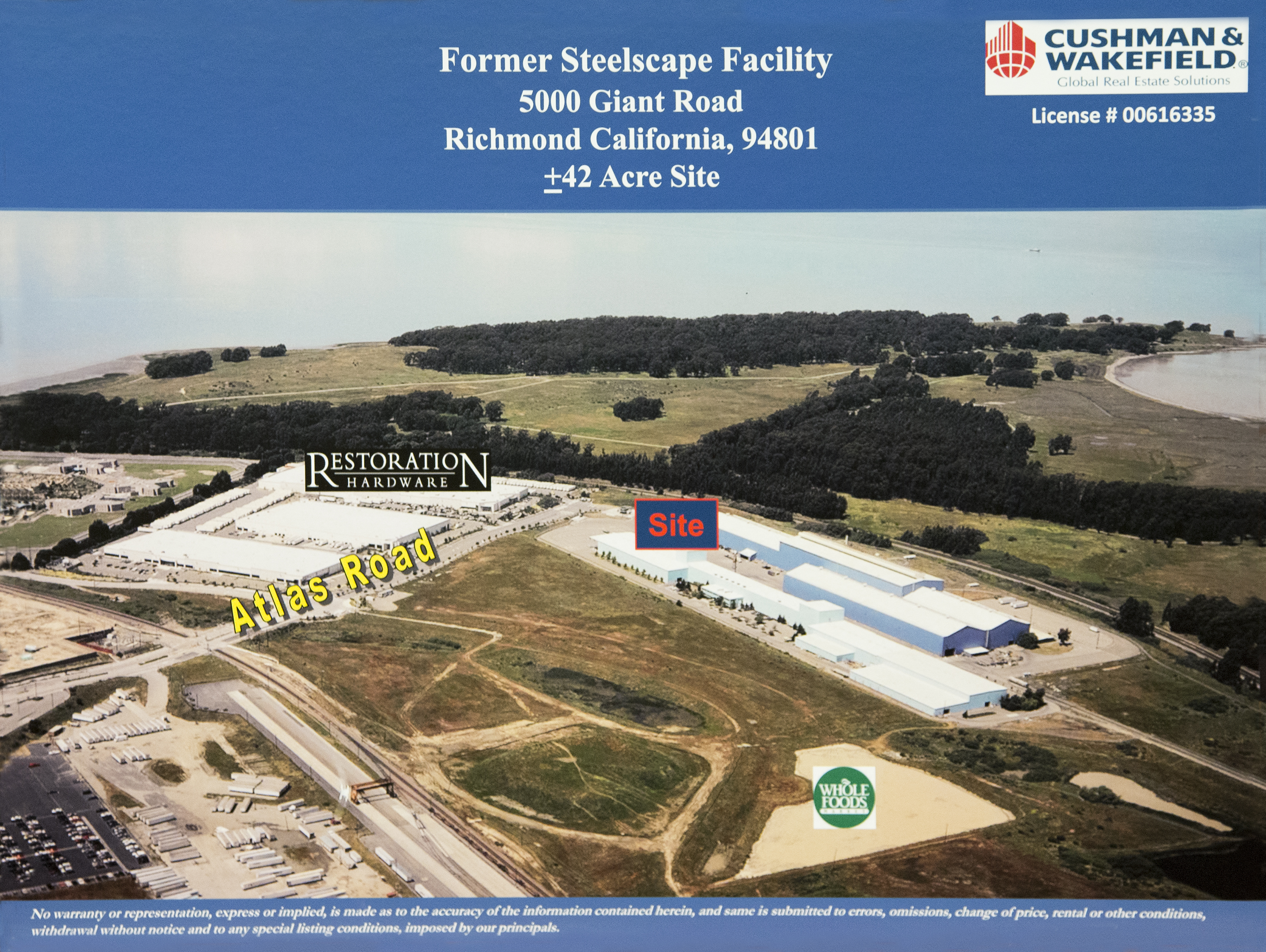 The morning news conference in council chambers to announce the new project drew a few dozen residents and labor leaders.

The moribund building is an old Bethlehem Steel mill that was converted to a steel-coating facility before it closed about a decade ago, costing the city about 350 jobs, Troughton said.

Councilmen Nat Bates and Corky Booze, who called the news conference, said the development is but one example of improving economic conditions in the city.

"This is just the beginning," Bates said, noting that expected developments are at various stages of planning across the city, including a Lawrence Berkeley Laboratory campus on the southern shoreline, a major housing project in Point Richmond, and retail and commercial projects downtown and in Marina Bay.

The project is the first Bay Area deal for LDK, a family-owned real estate development firm, Troughton said. LDK representatives could not be reached Monday.

The LDK project should generate more than 1,200 jobs during the construction phase, which should begin next year, Troughton said.

City Manager Bill Lindsay, who was not at the news conference, said in a telephone interview Monday morning that the proposed development will pay dividends.

"It's a proposed distribution center, so the benefit won't be that strong in sales tax or property, but in the secondary effects," Lindsay said. "The jobs and the economic activity are the real benefits."

Lindsay added that the corridor along Richmond Parkway linking Interstate 580 to the business park is replete with underused land and should be poised for development in the years ahead.