Sitting right behind the Home Depot and underneath the BART tracks on San Pablo Avenue less than a block south of Macdonald Avenue, one of El Cerrito’s finer dining establishments was recently torn down. 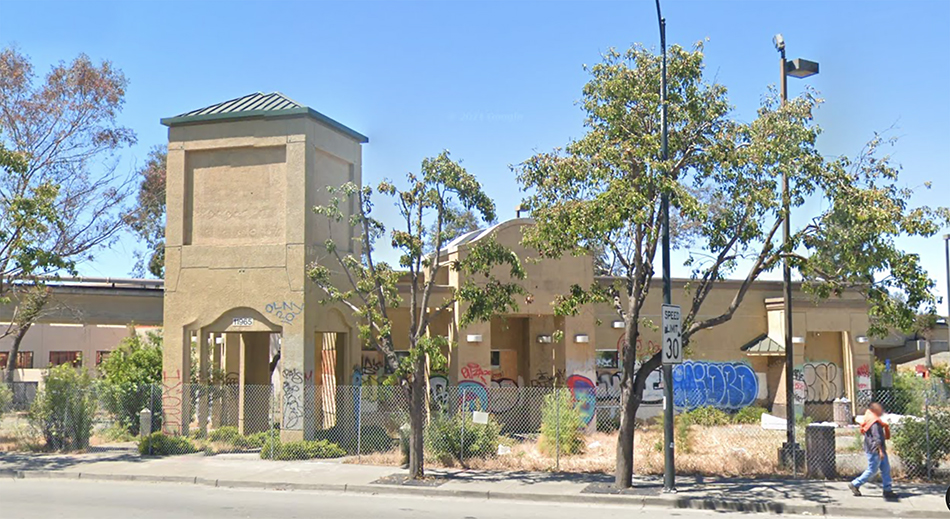 The Taco Bell had been closed for a decade or more and, in recent years, had been a refuge for many of the unhoused residents of the area.  The building had been broken into, gutted, ransacked, graffitied, used for shelter from the rain and the cold, used for the abuse of drugs and alcohol and, to many in the area, considered a blight to the community.

The unhoused in the area even took to setting up tents on the roof.

On January 4th of this year, 10 firefighting units were dispatched to deal with the flames shooting through the roof and boarded up doors and windows. As a result, BART was shut down for several hours. 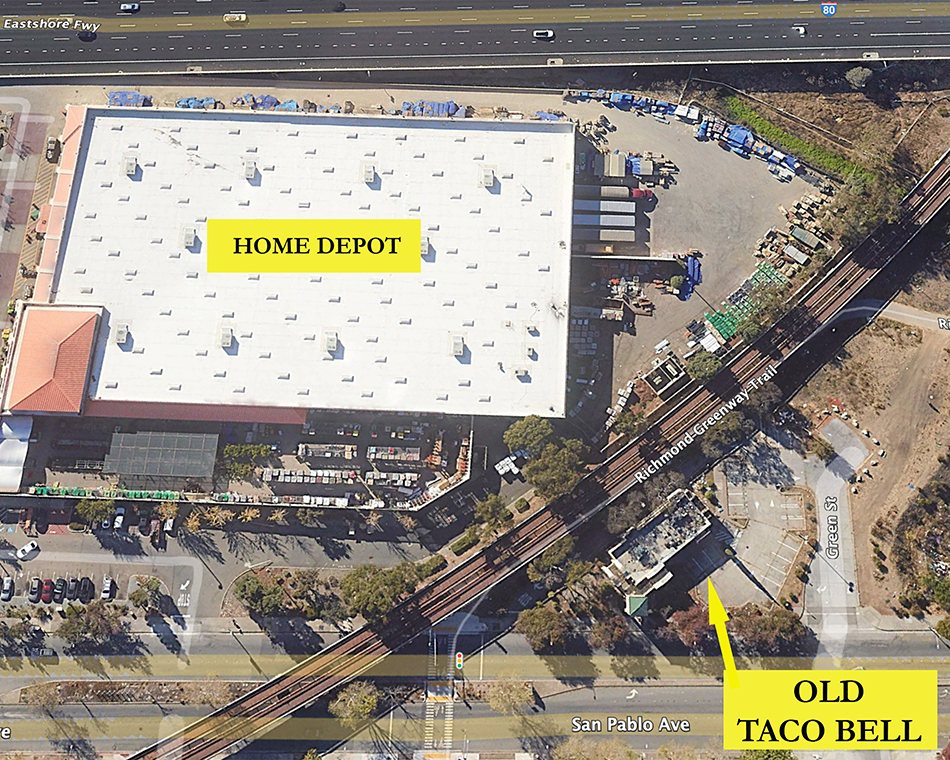 Over the years there have been proposals for the redevelopment of the property which, at one time, included a housing development.  Nothing, though, ever made it past the ‘wishful thinking’ phase.

After the fire, though, as a measure of safety for the community, the structures were recently demolished—making it easier for redevelopment. 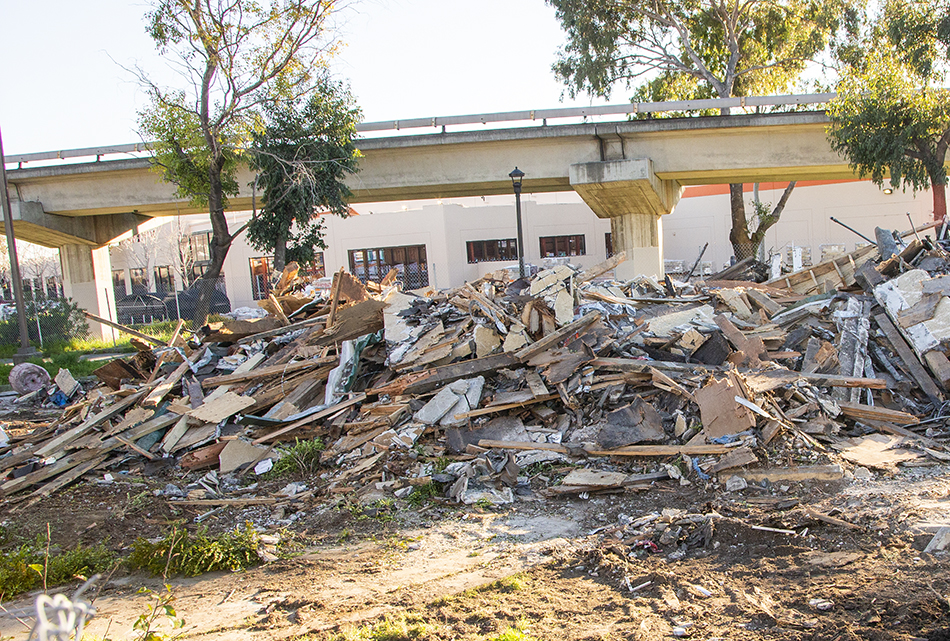 One area of concern, though, is that if the site is not repurposed soon, it will likely become overgrown with weeds and may be seen by the unhoused living in their encampments along the Greenway behind the local Target store as prime real estate just waiting to have a new encampment established.

One of the many problems that cities like Richmond has experienced with the extremely large and growing unhoused population are the numbers of fires putting people and property at risk.  As mentioned above, there was the fire on January 4th; the shuttered Chevy's restaurant at Hilltop was recently burned to the ground; the RV encampments on Castro and Rydin Roads have both experienced several fires recently and there was a large fire on Parr Boulevard about 6 months back with numerous propane bottles exploding--making it unsafe for the nearby residents of this small encampment as well as the firefighters trying to extinguish the fire. 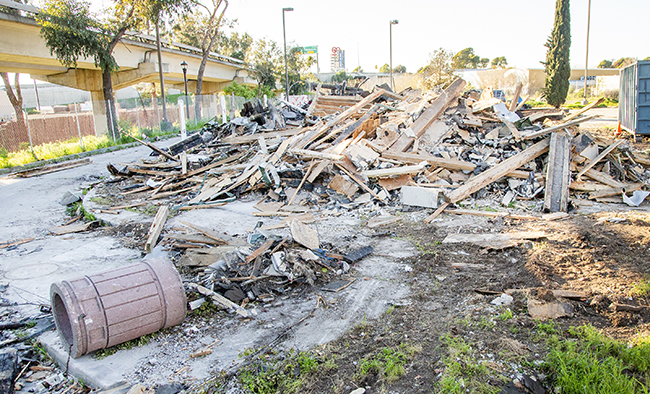