Diego Garcia ~ In His Own Words 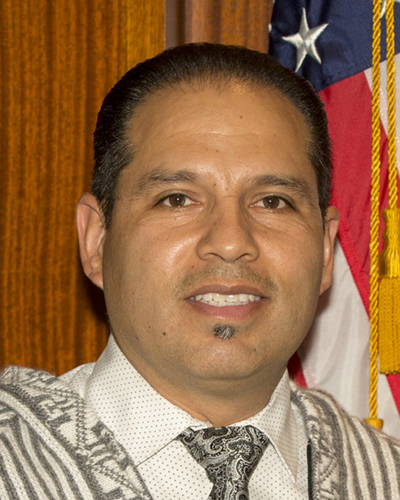 My name is Diego Garcia. I am a 40-year resident of Richmond, with 23 years serving the community.

I grew up on the South Side in a neighborhood once called Easter Hill. Limited resources and a failing educational system pushed me to the gang life. In the 1990’s and early 2000’s, Richmond was the most dangerous city in California and the eleventh most dangerous in the nation. During this time, 20 of my friends were murdered or committed suicide. By age 19, I was shot, unemployed, and a father. I was becoming another Latino statistic living in a low-income community.

After a difficult recovery, I thank God I met good leaders and excellent role models such as Principal Marcos Gonzalez and Fred Jackson, and others who guided me on the right path. Soon after, I worked in various community-based organizations and city and school departments.

Today, I am a business owner who works closely with other business leaders and organizations to rebuild the 23rdStreet corridor and combat human trafficking, illegal dumping, drug sales, and homelessness.I also travel and give motivational presentations and violence prevention trainings.

My 23 years of service includes:

* Student Support Services Supervisor and Director of the Healthy Start Program with the WCCUSD.

* Certified Gang Expert working with the public defender’s office to assist youth who have been wrongfully incarcerated.

* Nine years of service on the Recreation and Parks Commission; I currently serve on the Citizens Police Review Commission.

* President and founder of a successful youth soccer program serving over 300 families.

* For the past 12 years I've organized food drives that serve over 400 food baskets to day laborers and the homeless.In 2004 and 2006 I joined the national labor movement and mobilized over 8,000 Richmond residents.

Through my dedication and commitment to this community, I have received recognition, awards, and proclamations from national foundations, the State Senate, the 7th District of Congress, Univision, and all four Richmond mayors who have served over the past 23 years.

Richmond has potential but is suffering from problems cause by a disconnect between city officials and residents. We need an independent leader who is willing to work with everyone and has a track record to prove it. Richmond needs a leader who is engaged with the community and understands the issues of the community from personal experience. Also, with a 43% Latino population, Richmond needs a bilingual and bicultural leader. El Español es mi primer idioma y nunca he abandonado mis costumbres o cultura. (Spanish is my first language, and I have never abandoned my customs or culture.)

I’ve been happily married to my high school girlfriend for 24 years and am the father of four children who attend local schools and college and are well engaged in the community. I’m an independent public servant who speaks from personal experience and asks for your vote on November 6.