It’s a done deal.  It’s all over but the shouting.  There’s no going back.

The City of Richmond was infected with a virus where attorneys took the California Voting Rights Initiative and turned it against the people of Richmond.

It mattered not one bit that over the past 25 years that the Richmond City Council was made up of minorities 75% of the time.

It mattered not one bit that the current Council is made up 100% of minorities.

All that mattered is that, like so many other cities and school boards up and down the state, Richmond is financially strapped and can ill afford to spend hundreds of thousands—or even millions—of dollars in legal fees.  The City Council had to make a tough choice:  they could provide services for our poor and elderly citizens or they could line the pockets of Walnut Creek Attorney Scott Rafferty.  They could spend their limited funds caring for the homeless or they could make a once great lawyer richer.  The facts be damned, being right wasn’t reason enough—Richmond chose to do the prudent thing and agreed to convert from At Large elections to segregating Richmond into six districts so minorities might have a better chance of getting elected.

Stayed tuned for articles that will go into more detail about what happened and what we can expect.  The priority right now is for the community to provide input to the demographers hired to help draft the maps for the Council to look at.

Five public hearings must be held.  The first was last Tuesday late in the night during a City Council meeting.  The only way the people of Richmond might know about that ‘hearing’ was if they had screwed up and happened to read the Council agenda.  The first speaker wasn’t called up until 9:36 PM.

Even though the Council directed staff to set up the additional ‘hearings’, rather than sending out public notice with at least a week’s notice, the notices were posted at 5:18 PM on Tuesday evening—leaving less than 48 hours to get the word out.

The first session will be a training session on how to use the interactive web site.  It will be held in the City’s computer Lab at 450 Civic Center Plaza from 5:00 PM til 6:30 PM.  [This is NOT the same building where Council meetings are held—it’s the main City Hall building.]

Please take note that complaining about district elections is wasted time—the decision has been made and any delays forced by residents who seem to be fond of erecting road blocks every chance they get will only cost the City hundreds of thousands of dollars in legal fees.

Another Public Hearing will be a part of the Council agenda on Tuesday the 20th. 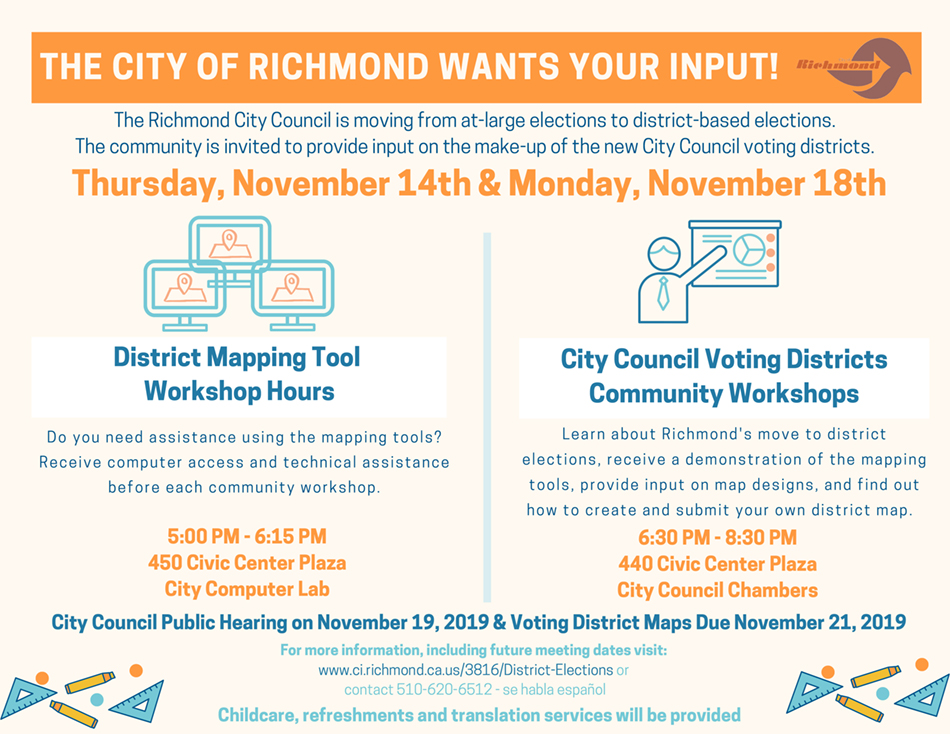 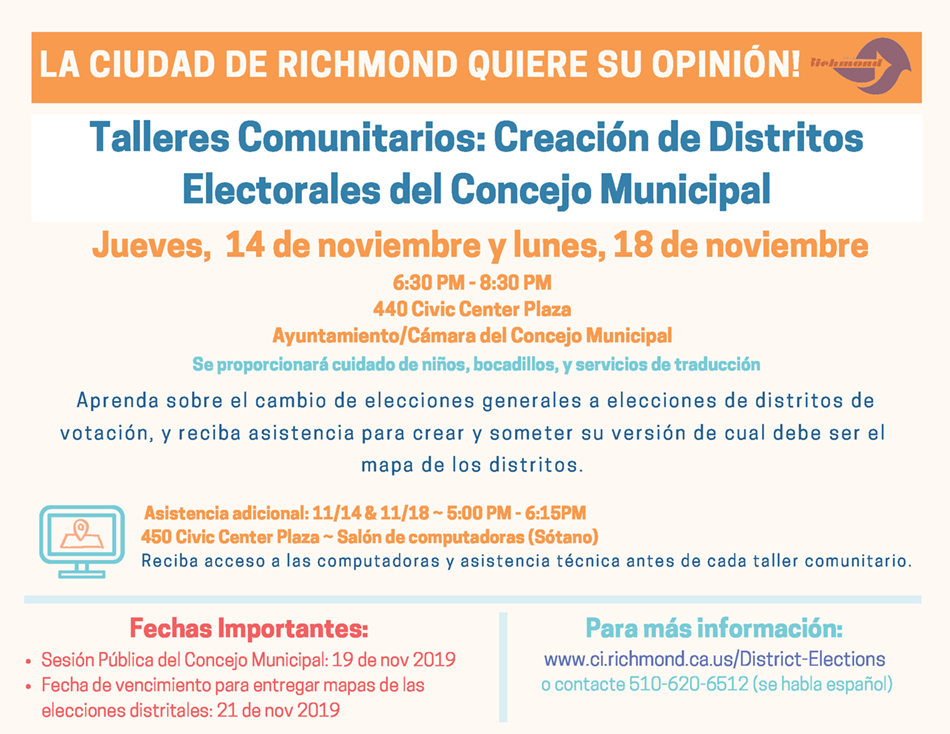