Don Gosney: THE FAT LADY HAS LEFT THE BUILDING: West County Election Results Have Been Finalized

On Wednesday November 26 the results of the November 4th Election for elected office in Richmond and for the West Contra Costa Unified School District were completed.  Ballots that were mailed in, ballots that were cast on election day and finally, ballots that are considered provisional were counted and tallied.

As was expected, the placings did not change.  The percentages changed but only slightly.  The difference between the vote count for each candidate changed as well.

With the information available online it’s difficult to determine the exact number of votes cast for the School Board race (some of the Hercules precincts are in the WCCUSD and some are in the John Swett District).  The total number of registered voters in the WCCUSD was 103,387 and the voter turnout in the District was approximately 49.4%.

The final results for Richmond validated the earlier observations that Team Richmond (Eduardo Martinez, Jovanka Beckles and Gayle McLaughlin) and their running mates (Tom Butt and Jael Myrick) turned out a much larger percentage of votes on Election Day than their opponents—a 2.79% advantage.  This showed what grass roots organizing can do when properly applied.

Election junkies will now pour over the precinct results trying to determine who owned which neighborhoods.  In Richmond, some neighborhoods are more progressive than others and in the school district some communities favor the Board Program more than others and support charter schools as an option over traditional schools.  What the politicos see in these results will determine how the newly elected officials rule and how things shape up for the next election in two years. 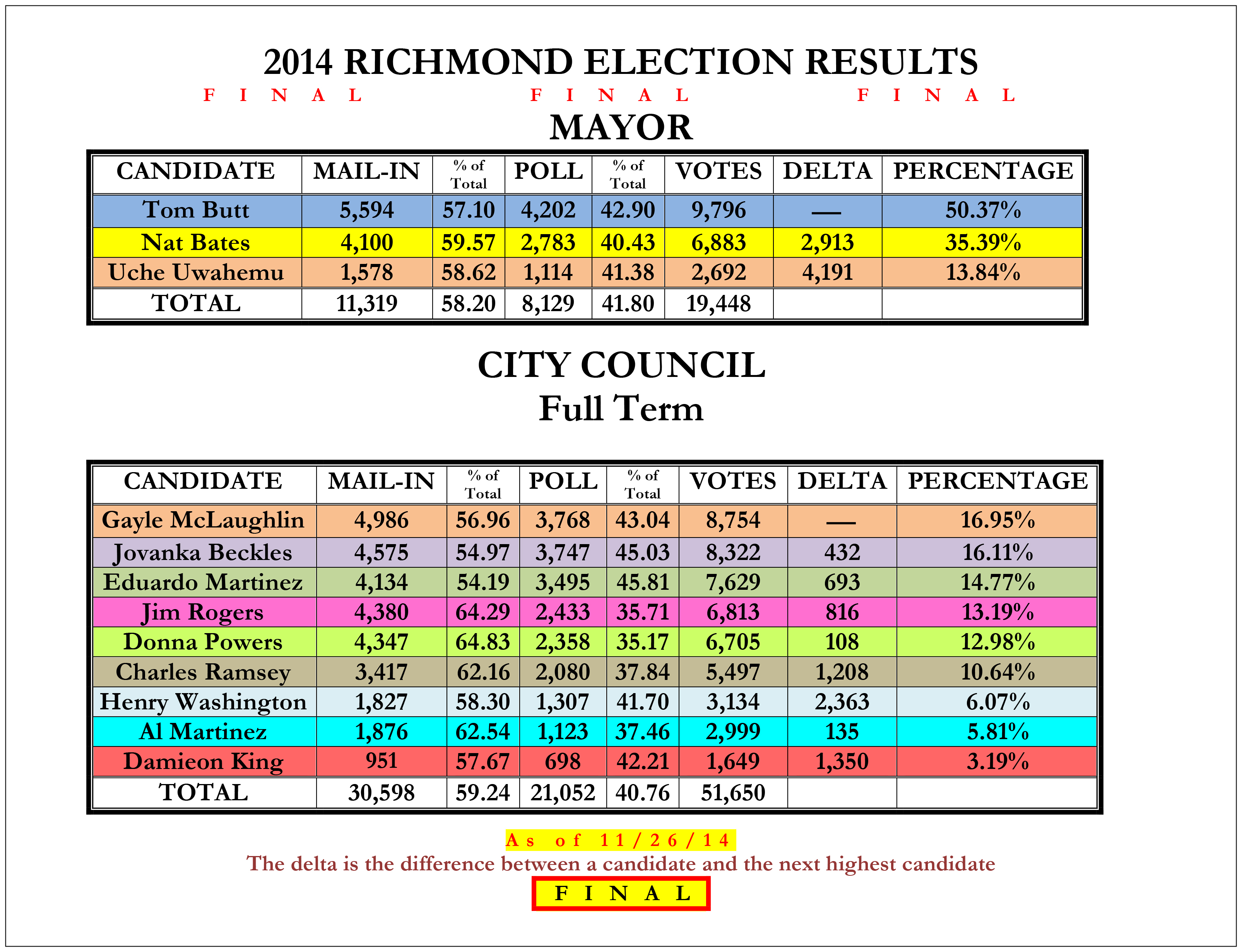 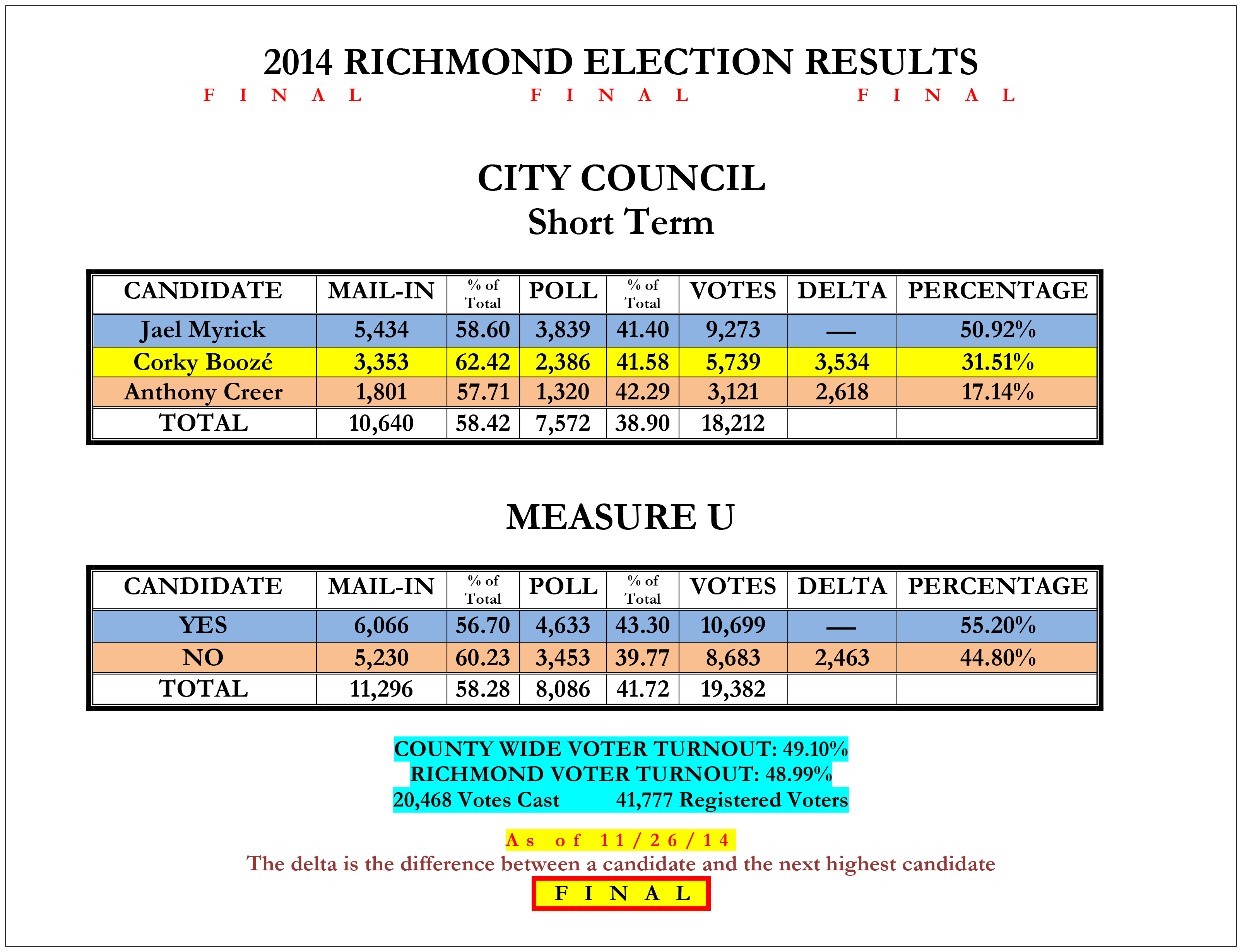 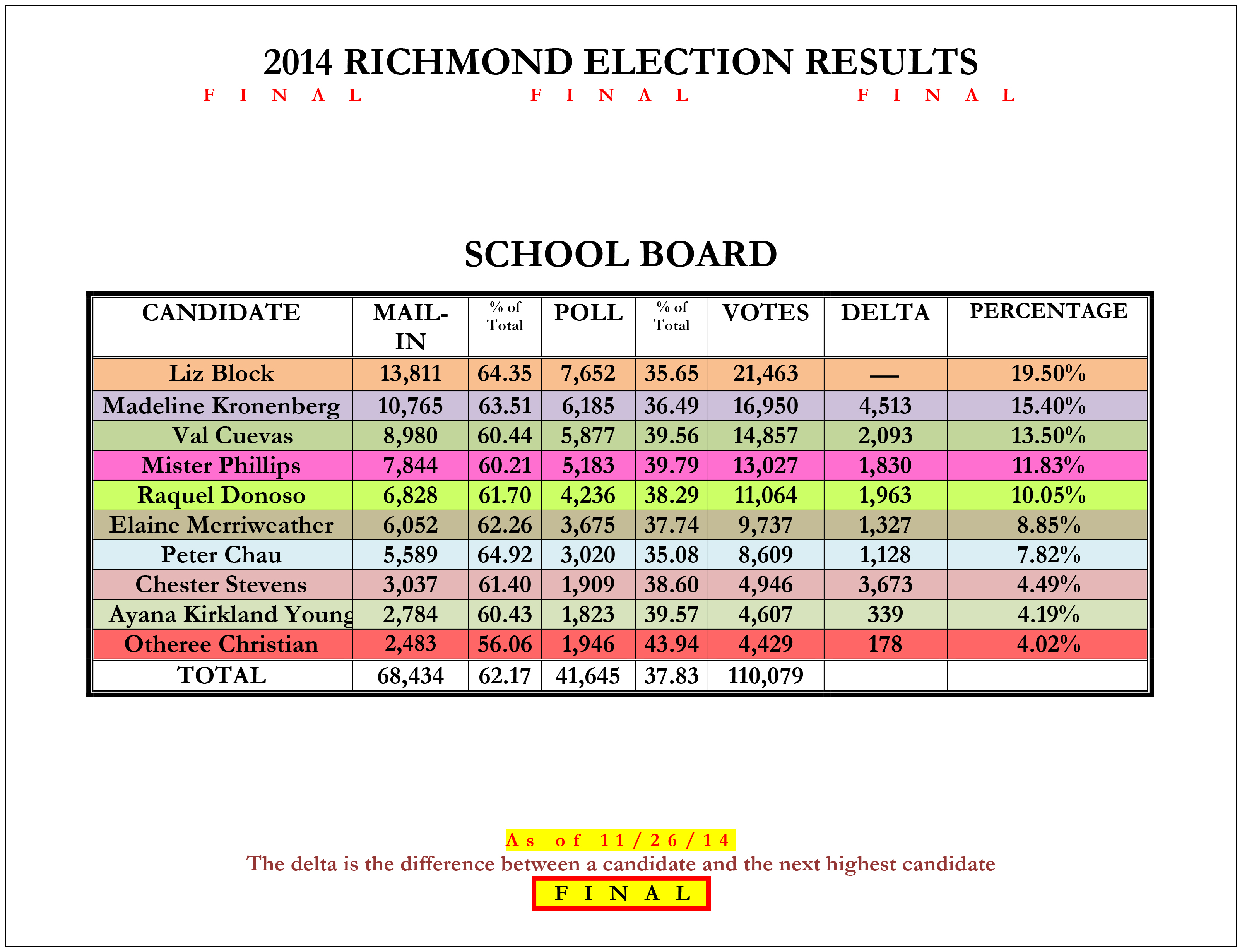