Don Gosney: The Pride is Back in the Santa Fe Neighborhood 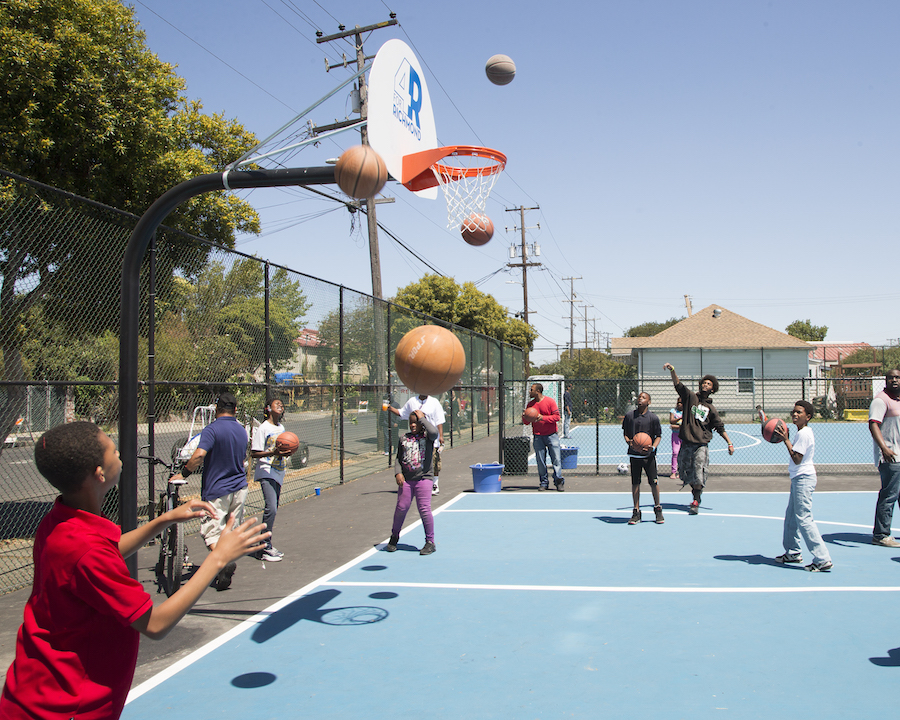 The rehabilitation of the old park at 2nd Street near Maine began in August of last year and on Saturday the community was welcomed as the new Santa Fe Union Park had its grand opening.

More than 200 came to share their joy and pride in this wonderful addition to the neighborhood.

Of course, there were speeches and the appropriate people were given due recognition for their efforts: among them were Kyra Worthy with 4Richmond for their contributions in logistics and finance, the City for providing the site and the backing, the Plumbers & Steamfitters Local 342 for providing nearly a thousand man-hours of volunteer labor to do the work, and the elected officials for coming to the grand opening.

What the people came for, though, was the chance to christen the new park.  The little kids tested the playground equipment, the soccer kids gave their seal of approval to the futsal court, a lot of people used the numerous basketballs to validate that the basketball courts were worthy of their talents.

Several members of the UC Berkeley men’s basketball team were there, but it was the local youth who showed everyone how to sink the three pointers.  It was obvious that many of these young people had spent some time shooting hoops.

It wouldn’t be a community event, though, without free food for the masses.  There was barbecue, there were salads, fruit galore and plenty of cold drinks on this warm summer day.

For more than a quarter of a century, this was little more than an eyesore for the neighborhood — a place to dump used hypodermic syringes and even firearms. As of Saturday, though, it is a new source of Pride not just for the Santa Fe neighborhood but for the City as a whole.

You can view photos of the event here.