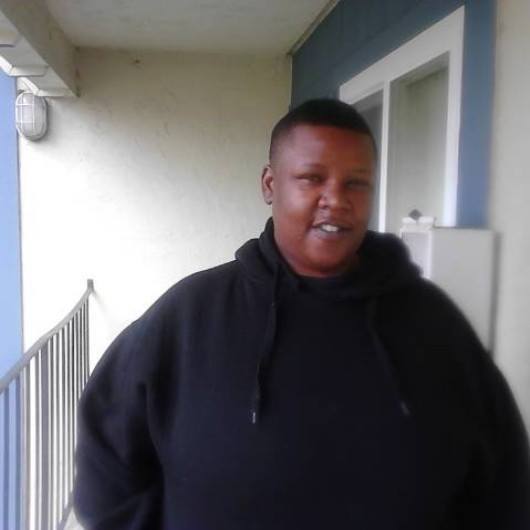 When you're raising a family, it's so important to talk about where you find your identity. I tell my kids that they're not from this street, they're from this family. It's about nurturing kids so that they can be of a family, and then go beyond this street, and it's about making a stronger family identity than a street identity. If things start right within the home, and a child isn't set up to think that they are from "this side" of town, then they won't be confined to that side of town. It's about the kind of mentality that they grow up with.

With my own kids, I tell them to dare to be different. They don't need to follow anybody. My partner and I have a 16 year-old, and a five year-old. Our 16 year old started off saying he was from this part of town, so we had to tell him, you're not from there, we're not raising street kids, and we've been down that road. At 16, that's hard. My kid follows, but he leads too. It's hard not to be a follower.

What I do, is I show him how not to be a follower. I can tell him all day, but if someone shows him another way that is easier and faster, then that may be tempting to him. But I show him a way that may seem harder, but at the end there is more success -- that is the way to do it. If you work hard, you climb that ladder of success. I graduated high school, I graduated college, I grew up in the streets, so I've paved the way and showed him, the things that you do when you go this way, and the things that happen when you go that way. I've shown him at home already.

If they grow up to think that the world is free -- that there is danger out there, but you don't have to engage or involve yourself -- that is so much better. Just because you're from that place, you don't have to be a part of that. What that does is you're confined to that one place; you're thinking is confined to that place. And the things you achieve in life is confined to that one thing when that's all you think about. But when you open up your mind and you open up your world -- instead of to a little percent -- you can see so much more. You don't just travel city limits, you don't just go from San Pablo to Richmond. What happens when you have a strong family and a strong base, is you go from California to Georgia, or from Georgia to Paris. You're free.