The long awaited election results from the June 5th Primary election have been finalized by Contra Costa and Alameda Counties.

The fate of which Top Two candidates will run against each other in November to decide who will serve the 15th Assembly District in Sacramento has now been finalized. About two weeks back Oakland Councilmember Dan Kalb conceded the second place spot to Richmond Councilmember Jovanka Beckles.

The leading candidate, however, Buffy Wicks, garnered nearly twice as many votes as Beckles.

The population of the District is split near equal between the two counties but Alameda County voters chose to vote by a factor nearly two to one.

Beckles topped Kalb by 726 votes to earn the right to run against Wicks.

In Contra Costa County, the race to fill the vacated District Attorney’s seat was finalized with Diana Becton earning 50.67% of the vote.  Because she received 50%+1 of the votes cast, there will be no runoff in November. 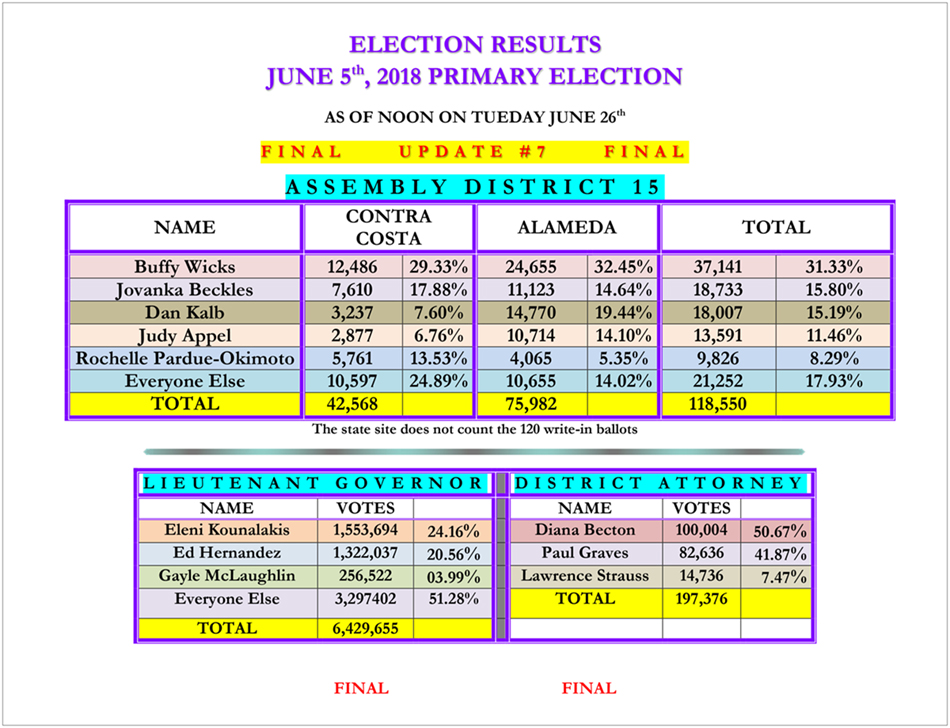