Celebrate Juneteenth in Richmond This Saturday

The city will again celebrate one of the most joyous moments in African-American history at the Juneteenth Family Day Parade and Festival from 10am to 6pm this Saturday June 28th.

The free annual event commemorates the spontaneous celebration that erupted on June 19, 1865, when slaves in Galveston, Texas were informed by Union soldiers of General Order Number 3 that significantly began with:

"The people of Texas are informed that in accordance with a Proclamation from the Executive of the United States, all slaves are free. This involves an absolute equality of rights and rights of property between former masters and slaves, and the connection heretofore existing between them becomes that between employer and free laborer."

The Richmond parade starts on Cutting Blvd featuring this year’s Grand Marshall Dr. Helen Benjamin who is the Chancellor of Contra Costa College. The Wells Fargo historic stagecoach, African American Horse Riders, and the Vallejo Corvette will all be part of the parade. Starting at 11:30am, the festival portion at Nicholl Park will have two stages of entertainment with live performances including Dawn Robinson of the famous R&B group En Vouge, ethnic food, kids expo, and local vendors. 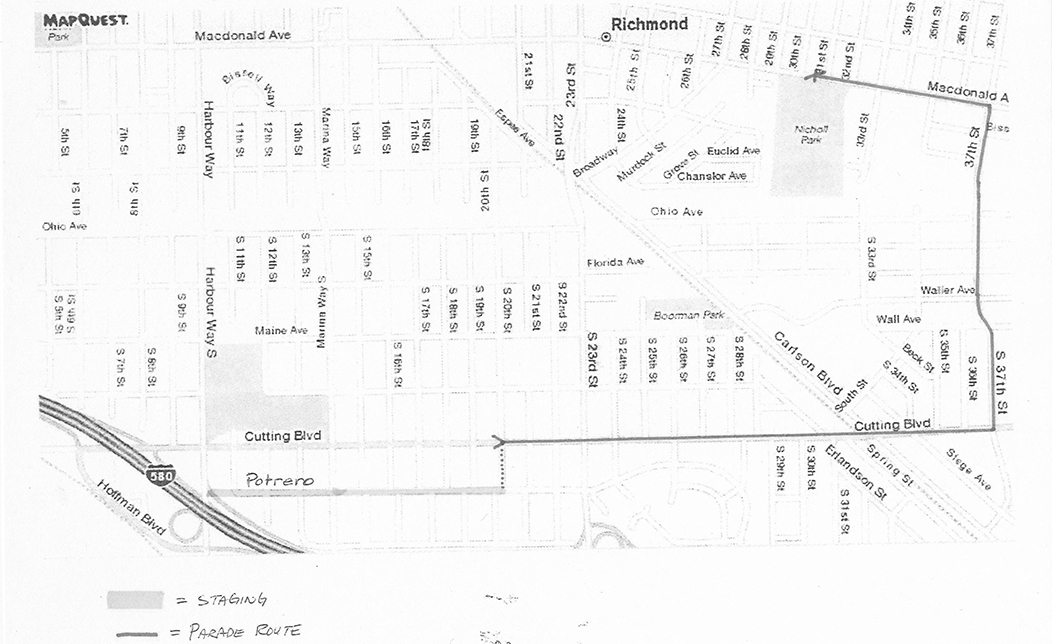 Juneteenth has evolved over the years. Certain foods became popular and subsequently synonymous with Juneteenth celebrations such as strawberry soda pop and BBQ. Juneteenth today not only celebrates African American freedom but also achievement. The day encourages continuous self-development and respect for all cultures.