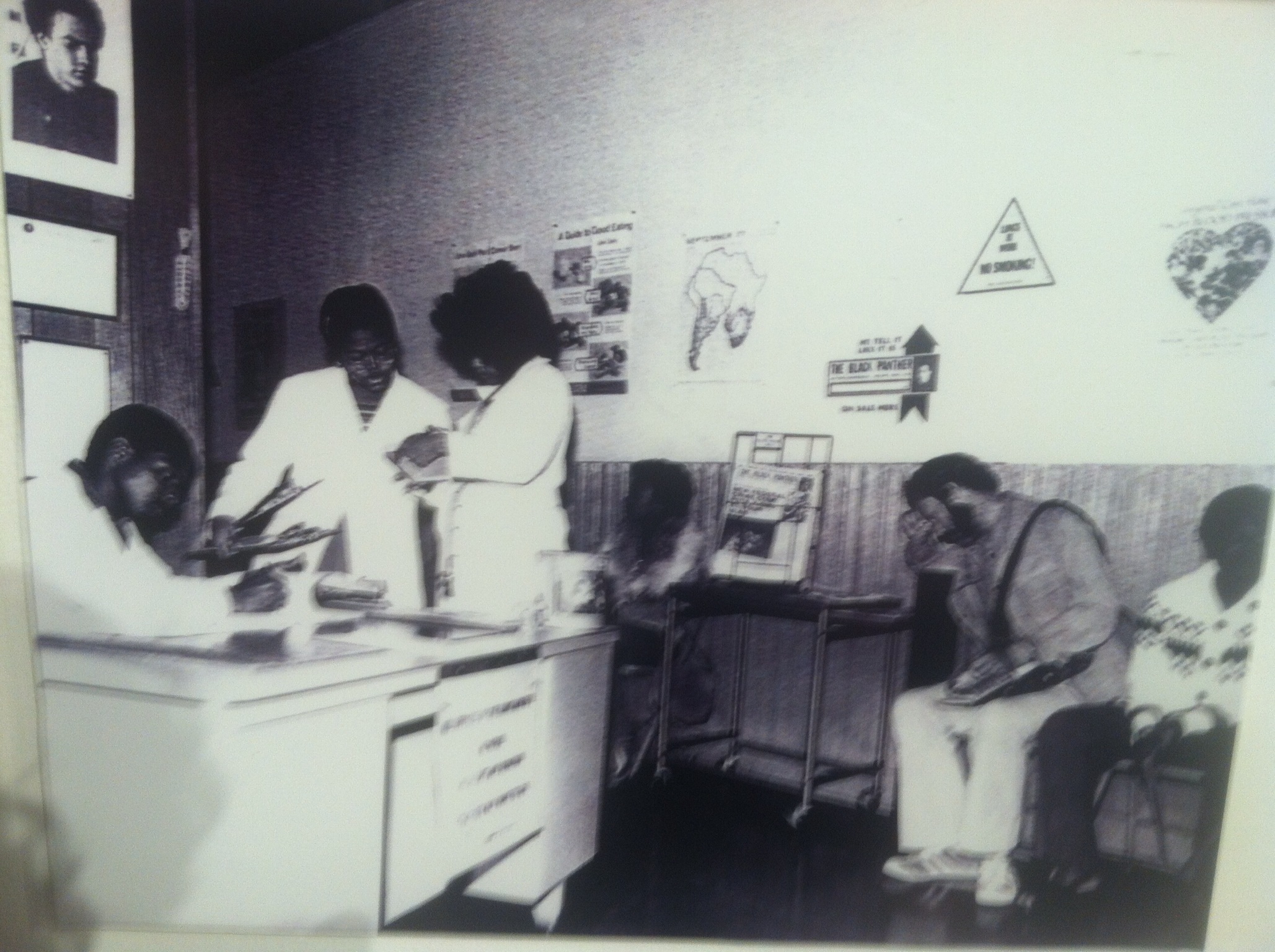 As a part of their Black History month celebration, the Richmond Museum of History is currently featuring an exhibit about the history of the Black Panther Party in Richmond and North Richmond.

Central to the exhibit is the shooting of Denzil Dowell, a 22-year-old Black man on April 1, 1967 by Contra Costa Deputy Sherriff Melvin Brunkhorst, and on the response to the shooting by the Black Panther Party.

After the shooting, according to the exhibit, the Dowells family asked the Black Panther Party to protect them from the police. This resulted in armed confrontations between police the Panthers and their sympathizers.

The walls of the exhibit are decorated with reproductions of newspaper stories from the time, as well as Black Panther inspired art and placards designed to put the objects on display in context.

One goal of the exhibit is to highlight the biased coverage in the media of shootings of Black people by United States police officers.

On display is a reproduction of a page from the April 1st 1967 edition of the Richmond Independent, the local newspaper. The newspaper contains a story on the shooting of Dowell, which a placard describes as "stating the killing was justified" despite that fact that "not enough time had passed to fairly make such a statement. The story was run several hours after the shooting

This is contrasted with stories run in the Black Panther Party's official newspaper The Black Panther, which raised questions as to whether or not the shooting was justified.

The exhibit does not shy away from dealing with the subject of violence. It does however choose to highlight other aspects of the Black Panthers work in Richmond, especially the "Free Breakfast Program", where the Panthers provided Richmond residents with free breakfast.

The exhibit is on display at the Richmond Museum of History until March 19.

Admission; $3 for Students and Seniors, $5 for Adults, Children under 12 free