FEAR IS OUR ENEMY

“Let me assert my firm belief that the only thing we have to fear is fear itself—nameless, unreasoning, unjustified terror which paralyzes needed efforts to convert retreat into advance.”  President Franklin Delano Roosevelt on March 3, 1933

"We'll see what happens, but they think August, could be July, could be longer than that," Trump said of the time when life might return to normal in the United States.  President Donald Trump on March 16, 2020

Perhaps, if they were to hear words of encouragement from their President, they might take things in stride and have hope that better days are around the corner and not a half a year away.  Fearmongering is a popular tool amongst many politicians and their followers and it’s become so ingrained onto their persona that they’ve forgotten how to behave differently.

A quick trip to the Lucky’s grocery store at the El Cerrito Plaza on Monday afternoon showed zero bread, zero, soups, zero eggs, zero milk and what was left of the fruits and vegetables looked more like what might be fed to barnyard animals.

It appeared that almost all of the check-out lines were manned with cashiers and each of them had lines with about 50 shoppers in each line.  The lines extended from the front of the store to the back and beyond.

Across the street at the BART station, the parking lot was about 2/3 empty.

A follow-up visit to Target showed no bread, no soup, and strangely, no pasta sauce.  They did, however, have a few gallons of milk but the one carton of eggs had a dozen broken shells in the carton.

They only had a few cashiers working and the lines were lengthy.

The parking lots were nothing short of scary with an abundance of cars all pulling in, pulling out and driving in both directions all at the same time—with lots of pedestrians working themselves all around the moving cars.

What will Tuesday bring?  Is normalcy in the offing or will we continue on that downward spiral? 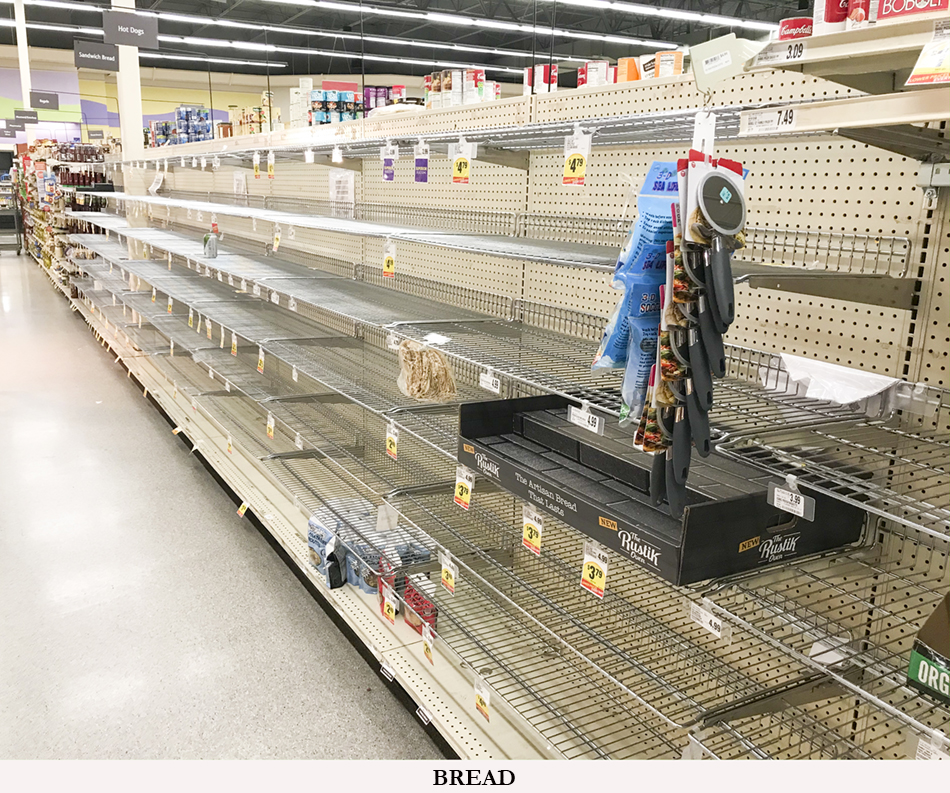 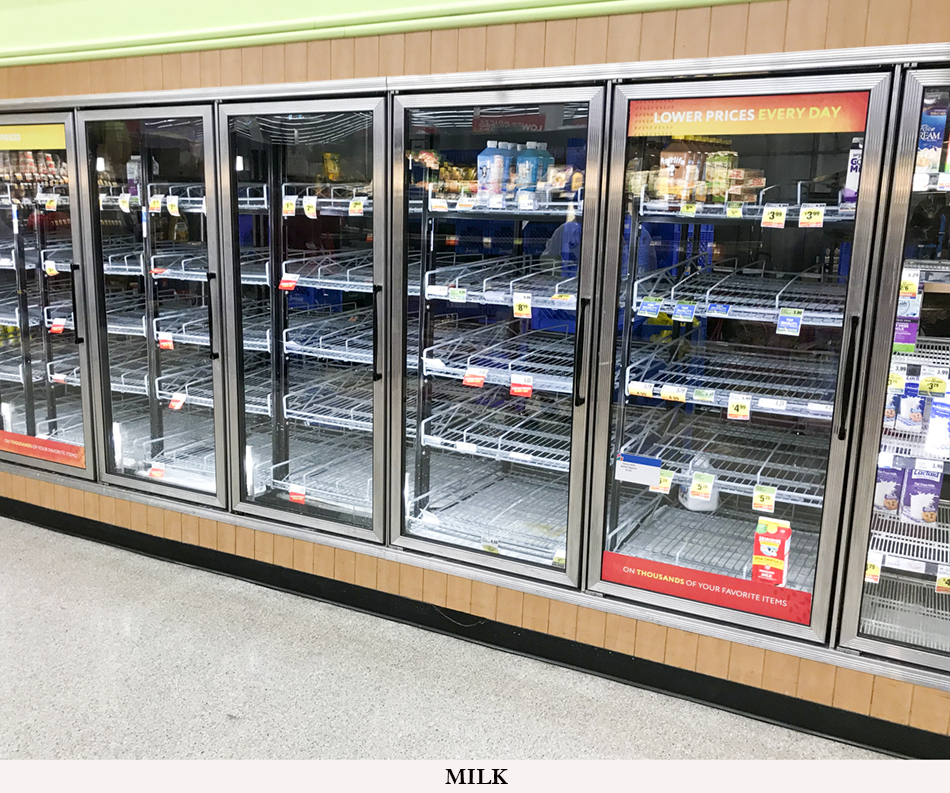 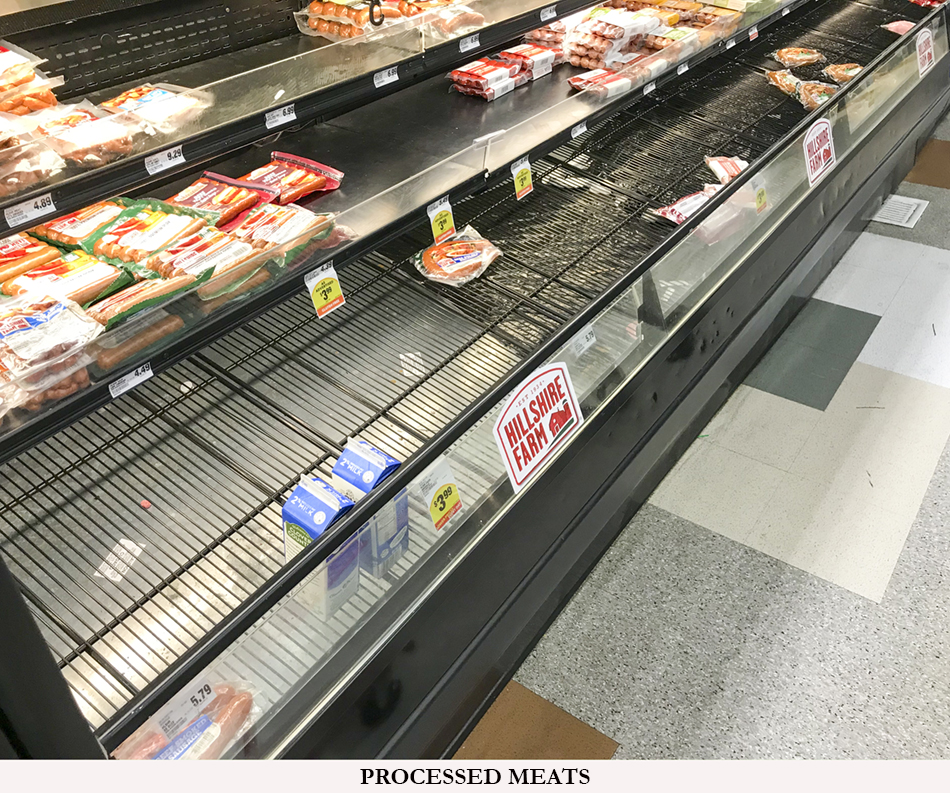 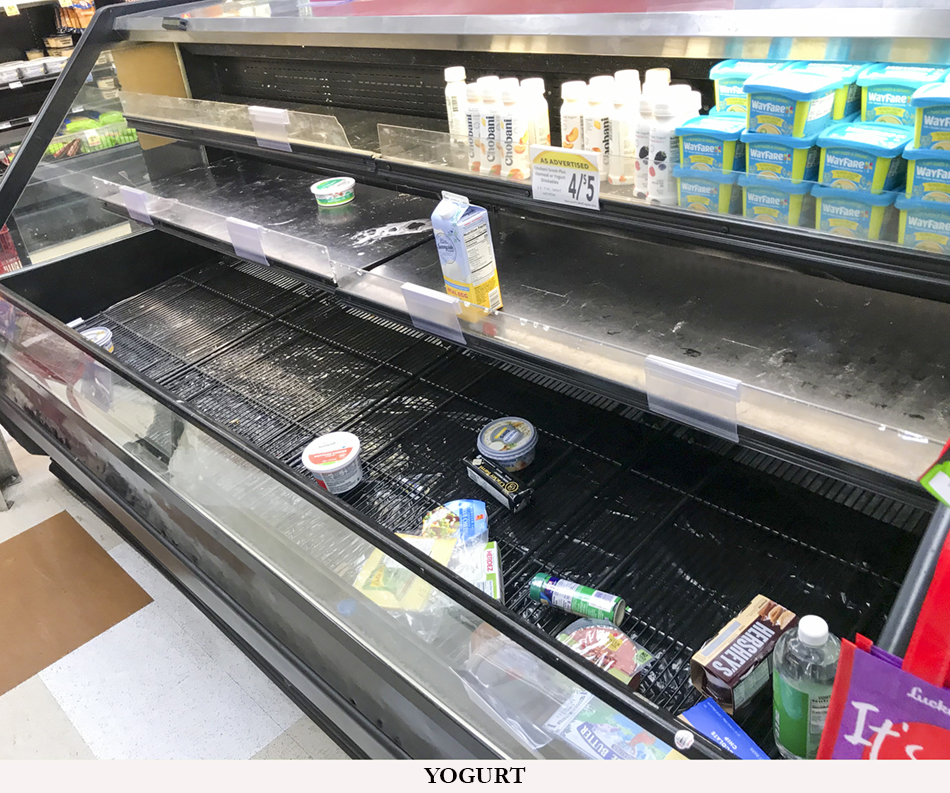 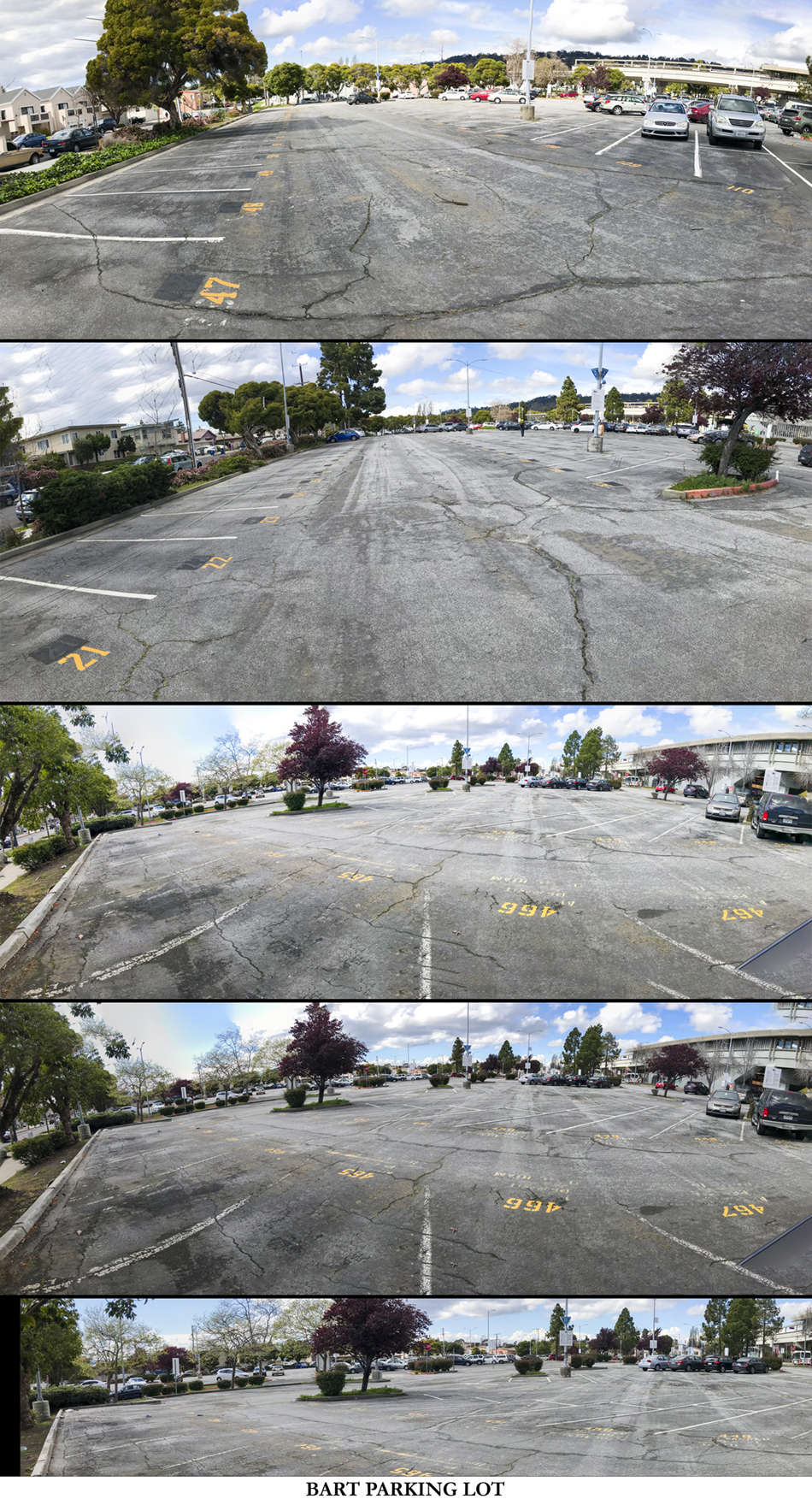 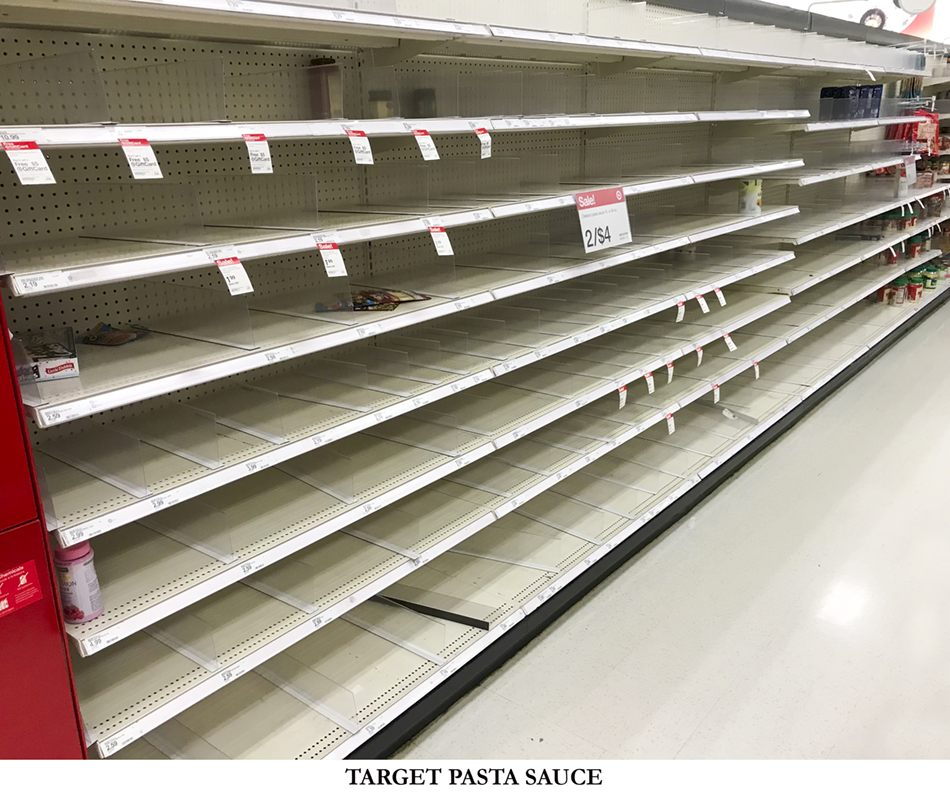 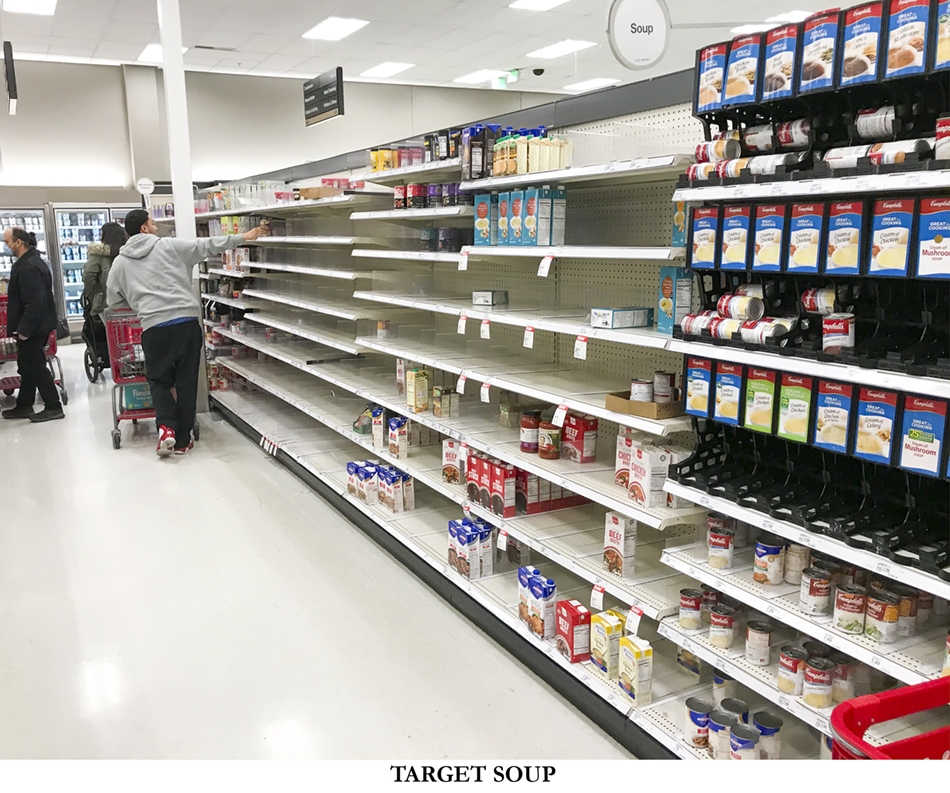