Fortitude and Family Brought the Richmond Steelers to Nationals 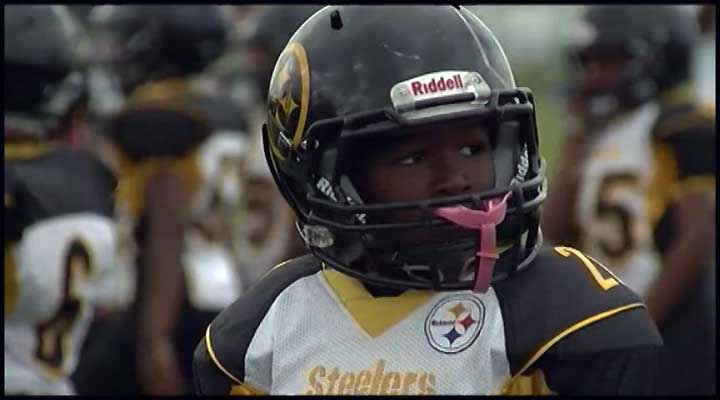 The Richmond Steelers have come a long way since RFR first profiled them back in September. Under a blazing hot Florida sun last Saturday the Richmond Steelers Cadets fought for the Nationals title. The Richmond youth football team didn’t walk away with the trophy, but the game itself served as a token of the fellowship among the players and the resilience of the Steelers.

Just a month ago, the Steelers doubted whether they would even be able to attend the Nationals game. It wasn’t talent the Steelers were lacking — the team had an 11-1 record finishing the regular season — it was enough money to cover airfare to Orlando along with room and board during the tournament.

“We needed $600 per player,” explained Steelers Coach Will Bryant. “For many families on the team that is all that they would spend in a month on rent and groceries and stuff for their kids.” For a while, the team wasn’t sure if they would have the necessary funds to make it to the Nationals game. However, thanks to a push in online fundraising and some publicity from KTVU, the Steelers went from a $18,000 deficit to a surplus of $9,000 in less than 24 hours.

“This was the first time any Steelers team has made it to Nationals, and we were so excited that they had the chance to go,” said Frankie Thomas, who serves as coordinator for the Steelers Cadets. Thomas saw the team transform over the season and remembers Coach Bryant’s words on one of the first days of practice. “The Coach said, ‘Not everyone from this team is going to make it through the season, but, in the end, those who strive through will be champions.’ And that’s exactly what happened. We made it to Nationals and we all felt like champions on game day.”

Even though the team lost their games, the Steelers put up a strong fight on the field. After their opponents scored high points in the first quarter, the Steelers upped their defense and ensured that not another point was gained against them. “Our team was playing against the number-two game in the nation — and we put up a strong fight. After the first quarter the opposing team didn’t score once, and that’s thanks to our strong defense,” Thomas explains.

The fortitude Thomas describes was the key to the team’s successful season. “The players on our team are so inspired by each other. They see each other as a family and they want to help each other succeed,” she explained. “Of course victory is always the ultimate goal, but just to get the kids out there and watch them play is the greatest part. Everyone watching was happy to see them fight together for the title, and we loved seeing them bounce back.”

The Steelers season is now over until late July, but you can learn more about the team here.