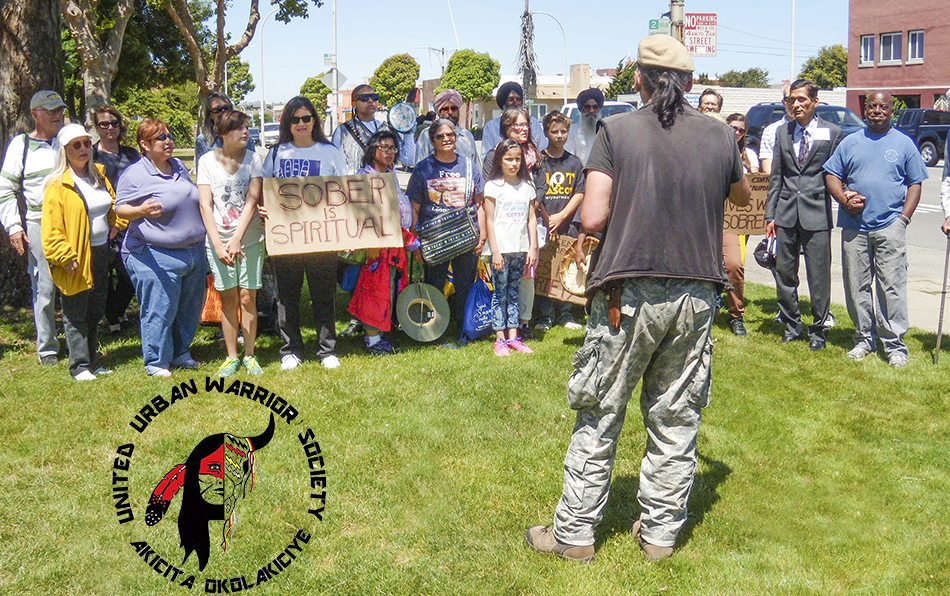 As the chairperson for United Urban Warrior Society of Central California (U.U.W.S.), a National Native American organization devoted to more Human and Civil Rights for Native People, many people here in Richmond have asked me why U.U.W.S. will have a Native American Walk for Sobriety on Saturday - July 14th, 2018

“I share that for the past 550 years, over 120 million Native People have been killed and slaughtered by mass extermination and ethnic cleansing. We in Indian Country suffer from historic trauma, our unresolved grief of being victims of mass extermination. Alcohol has since then become an inter-generational drug for many Natives looking to escape our Historic Trauma.”

Alcohol abuse affects Native American populations in higher proportions than any other community in the United States. To raise awareness of this issue, on Saturday, July 14th, U.U.W.S. and Richmond’s Native community will host a walk at 11 AM from the Grocery Outlet parking lot by the intersection of San Pablo & Macdonald Avenues down to Nichol Park, then the Native Wellness Center at 25th Street & Macdonald Avenue.

As the Lakota Holy Man John Fire Lame Deer has stated about Native People and alcoholism: “Alcoholism is a problem for us, and as long as all of this liquor is lying about, it won’t get better. I have often thought about the special effect liquor has on us Indians. In 200 hundred years, we still haven’t learned how to handle it. It’s just like the measles and other diseases the white man brought us. The illness was the same for them as for us, but we died from it.”

Many Native people, families and communities are now forming organizations to deal with the issues of alcoholism and alcohol abuse, such as ‘Walking the Good Red Road’ and ‘Wellbriety.’ The return to our traditional spiritual beliefs and values helps us to lead lives free of alcohol, and Native Sobriety walks are crucial in raising awareness surrounding the issues of alcoholism and alcohol abuse in the Native communities

Historically, Indian Country has always had social marches throughout the United States to bring awareness to mainstream society to better educate them about our conditions and how we were living both then and now. Native Sobriety Walks are a direct outgrowth of that.

Native Americans have historically had extreme difficulty with the use of alcohol. Problems continue among contemporary Native Americans; 12 percent of the deaths among mainland and Alaska Natives are alcohol-related. A survey of death certificates over a four-year period showed that deaths among Indians due to alcohol are about four times as common as in the general US population and are often due to traffic collisions, liver disease, homicide, suicide, and falls. 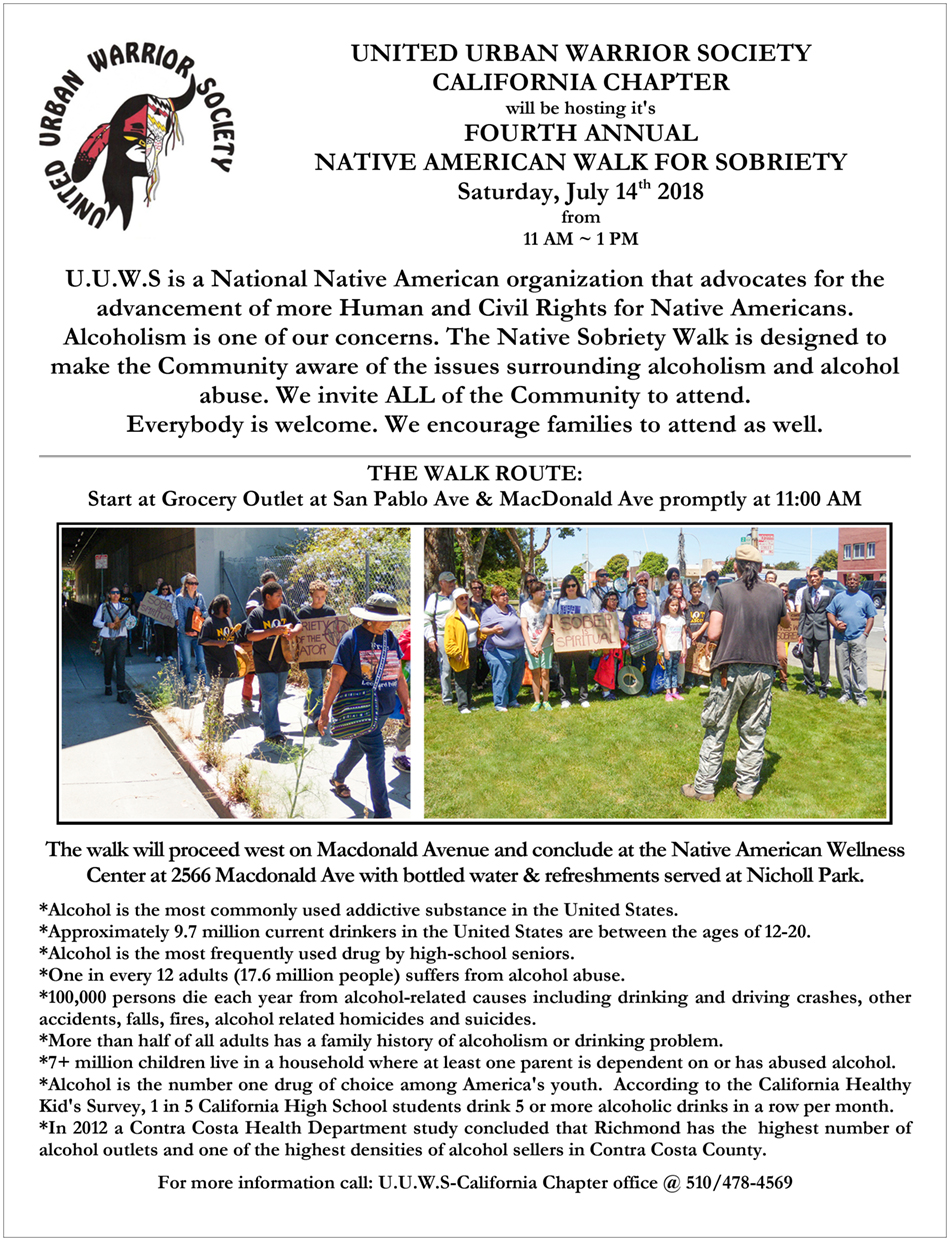