Getting to Know Rosie: Original ‘Rosies’ Tell Their Stories, Part 2 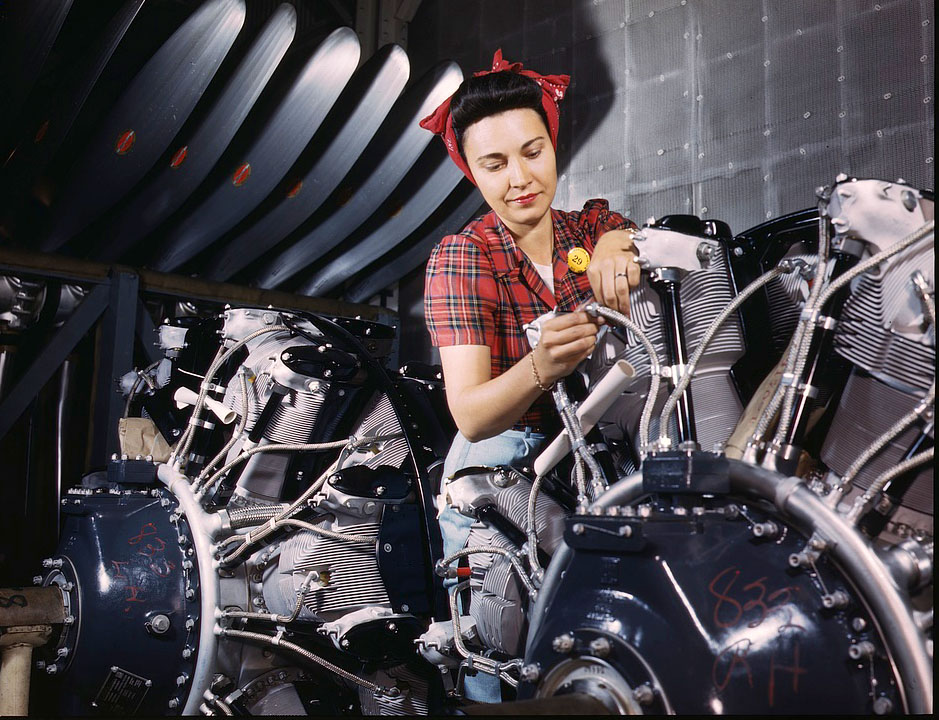 In Part 2 Sean talks with Agnes Moore, another “Rosie” who worked here in Richmond. The two talked over the phone about Agnes' time in the shipyards, and why it came naturally to her.

Sean Pyles (SP): Agnes, thanks for taking the time to talk with me. How did you spend your time as a “Rosie”?

Agnes Moore (AM): I was a welder. I built ships at yard three.

SP: How did you hear about the job?

AM: I answered an ad I heard on the radio in January of 1942. It said, “Women, do something for your country: go to the Richmond shipyards and be a welder.” I hadn’t the faintest idea what a welder was, but I figured that if they were advertising on the radio it had to be important. Radio was the biggest publicity item in those days, and I decided that that was what I was going to do.

I went straight to the California State Hiring Hall, and state didn’t have any prejudices as to who was being hired. They treated everybody equally. Others went to the union hall and they said no women or blacks —they had a big sign there saying as much.

I worked there until the Japanese surrendered in August 1945. Then they said we could go home if we wanted to, because the men were coming home and they would take the jobs the women were doing.

SP: Did you feel at the time that your work was revolutionary?

AM: I knew that working was revolutionary, but it wasn’t really for me. I grew up with a widowed mother and she had seven children. I was 4 years old when my father was killed, and I had been working ever since. We were living in Arkansas and we had a small patch of farm land there, so I was used to working hard. Whatever job came up and whatever child didn’t have a thing to do, we all just took turns doing everything.

SP: So you felt prepared for your work in the shipyard then?

AM: I didn’t know what to expect. I’d never been on a ship, and I didn’t know anything about ships. I knew that it was all going to be new. I didn’t adapt very well, but I passed the American Bureau of Shipping test, and when I passed that I became a journeyman welder, and I got the highest pay. It was equal pay for equal work.

The hardest thing was getting used to wearing all of those heavy clothes, then we had to carry all sorts of heavy equipment —a big flashlight, because we were working in dark places, and then long extension cords. I worked the midnight shift, and it was a hard job and a dirty job.

SP: Do you feel that this work changed you?

AM: I think I was a different type of person after working these yards. I had to work with men and all kinds of different people. You learn just to get along with everybody, and everybody had the same frame of mind —get those ships built and get equipment out to our boys on the battlefront.