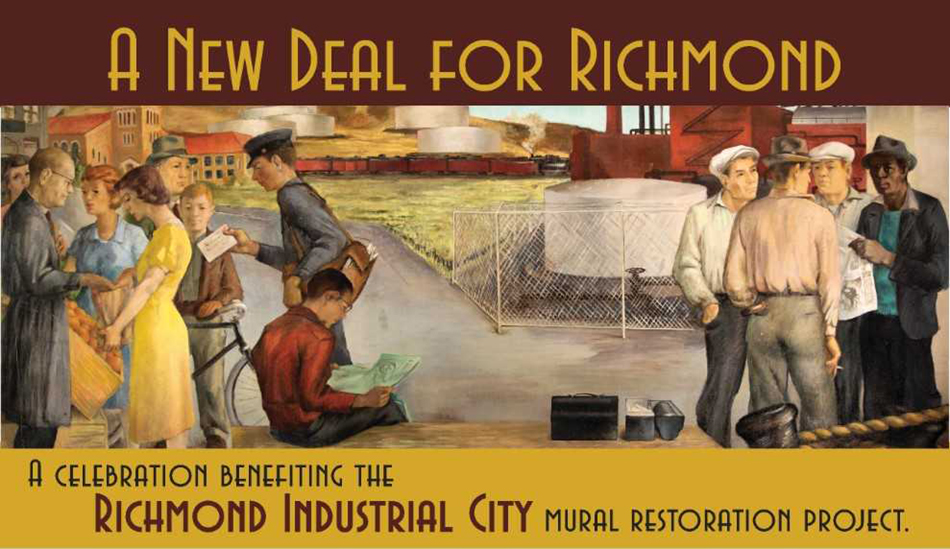 If you want to stir the masses, try censoring someone.  Even though we weren’t there, we all remember when the Nazis had their mass book burnings because they disagreed with the content.

Victor Arnautoff took great pride in being a controversial muralist during the Depression years.  The San Francisco Unified School District’s Board of Trustees has been trying to find a way to ‘protect’ the students at Washington High from seeing the subject matter of The Life of George Washington—a set of thirteen murals that show parts of history that the SF school board have taken exception to.

What is ironic is that while the San Francisco School Board initially voted to destroy the mural but has recently revised their vote to simply cover it up (at a cost of more than $800,000), the Richmond Museum of History recently recovered their own Arnautoff mural and are working diligently to preserve it.

Melinda McCrary, Executive Director of the Richmond Museum of History, has offered the following about Richmond’s Mural:

Pete Arnautoff had seen some of his grandfather’s famous murals but the one an East Bay museum is hoping to restore he only just learned about recently.

Grandson Arnautoff says he grew up surrounded by Victor Arnautoff’s art work, which his father received when the artist passed way.  “I remember my grandfather’s home in Colma, the smell of oil. I was very proud of the fact that he did murals all over the U.S.”

And Pete Arnautoff is fairly sure his grandfather would relish the controversy his mural at George Washington High School in San Francisco has ignited. “I think he was very conscious of painting his subjects in the correct historical perspective, not glossing over history. I think he’d be glad people are talking about things, on both sides of the political spectrum. I’m sure he believed his art should provoke discussion and debate.”

The Richmond Museum of History unearthed Arnautoff’s mural, “Richmond Industrial City” in 2014.  It had hung in the Richmond Post office from 1941 until 1976 when mural was taken down due to remodeling.  Decades passed, the crate went missing, and mural was eventually declared lost. Until a custodial employee and museum staff found it.

Now the Museum has scheduled a gala for September12with a silent auction at 5:30 p.m. and dinner at 7 p.m. at the Rockefeller Lodge, 2650 Market Ave. in San Pablo. Proceeds from the fundraiser will be used to restore the mural.  Pete Arnautoff is planning to attend, along with Robert W. Cherny, who wrote Victor Arnautoff and the Politics of Art (Working Class in American History), published two years ago.

“It’s ironic that while some people are trying to cover over and destroy one of Arnautoff’s works, we’re working hard to restore this one and bring it back to the public’s eye,” says Museum Director Melinda McCrary.

The chance to see the once-lost mural is particularly poignant for Pete Arnautoff. The retired firefighter was on the U.S. Olympic soccer team when it was to play in Moscow in 1980. Victor Arnautoff had been living there since 1961 and Pete hoped to reconnect with him.  His grandfather died in 1979.

Pete Arnautoff says his grandfather’s “ulterior motive” was to create controversy. “He did not back away from controversy; he wanted to point out history with all its warts.”

Donations to restore the mural and tickets for the event are available online at richmondmuseum.org or by phone at 510-235-7387.  # 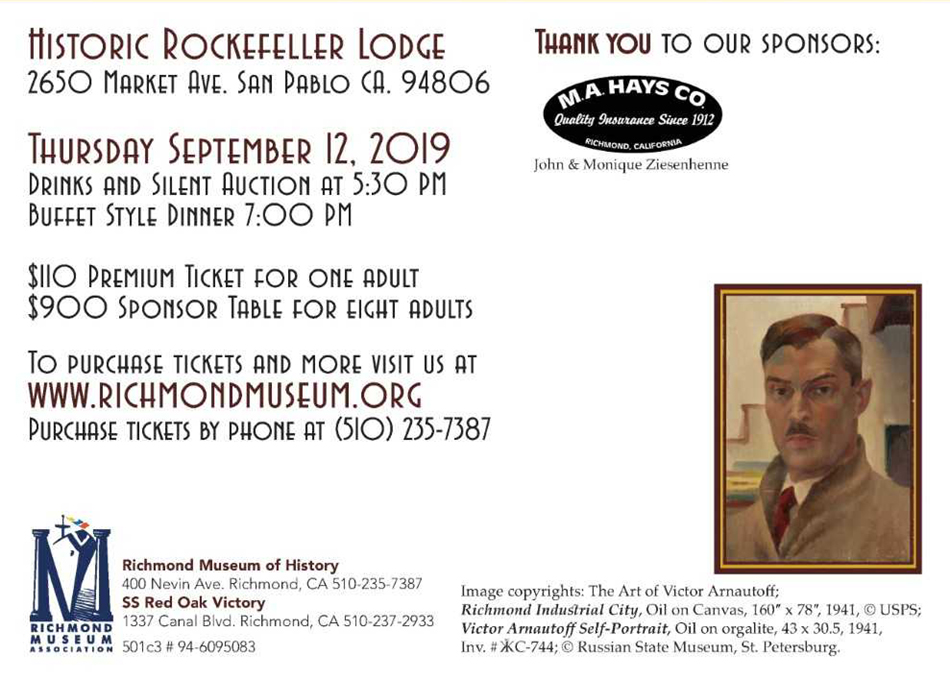