How the RPA Failed the Police Commission 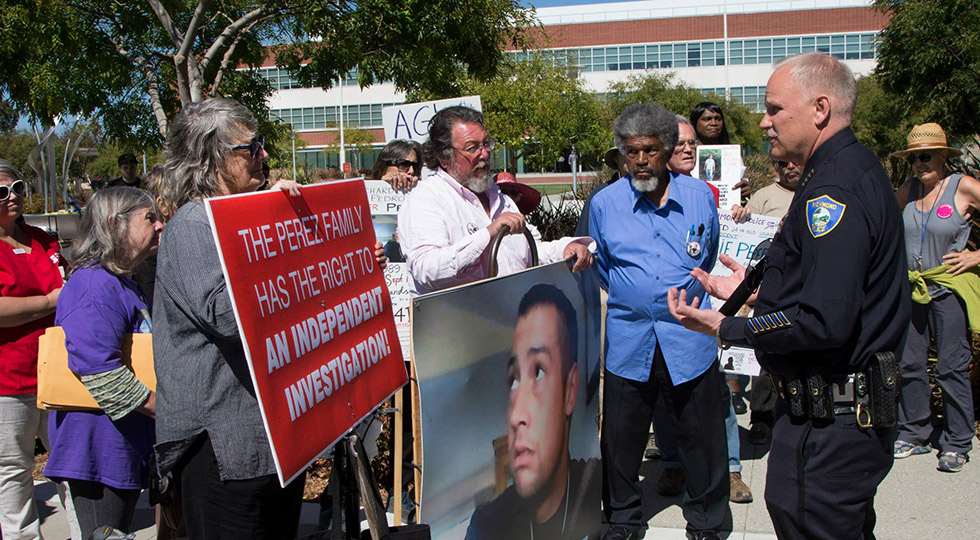 I’ve read with some dismay how several RPA councilmembers publicly castigated former Councilmember Vinay Pimplé for his votes on the Perez shooting and Police Commission reforms. As those stones have already been cast I think it’s only fair to point out the RPA’s own dismal failure to ensure police accountability and transparency in Richmond.

On September 14, 2014, a drunk, unarmed young man named Richard “Pedie” Perez was shot and killed by a Richmond police officer. In the months that followed the Richmond Progressive Alliance passively sided with then-Chief Magnus and the DA’s investigation, trusting the system to deliver justice. It wasn’t until the Perez family, the Oscar Grant Committee and this Police Commissioner raised hell about justice being denied that the RPA finally began supporting an independent investigation.

These events also highlighted the critical need for Police Commission reforms including an independent full time investigator, administrative support, and automatic investigations in cases of severe injury or death. To their credit, several RPA members worked with Commissioners to draft the outline of improvements that would later be adopted by the Council as whole, including Councilmember Pimplé. But in claiming to champion those reforms the RPA councilmembers have demonstrated the attention span of a fruit fly as the Police Commission remains as broken as ever.

It’s been 18 months (!) since the Commission had an investigative officer (IO) and we are unable to clear our backlog of cases without one. The pound-foolish Council refused to pay for a full-time position and has thus been unable to retain even a temporary IO to complete the Perez investigation they mandated with such pride a year ago. Good luck finding agendas or meeting minutes on the City website because the Commission receives virtually no administrative support. And finally - those automatic investigations in cases of severe injury or death? Not gonna happen – without an investigative officer no one is even tracking them!

The RPA councilmembers know all this and when they claim the Commission and police accountability is very important, so very very important to them, they’re feeding you alternative facts. Their track record shows otherwise.