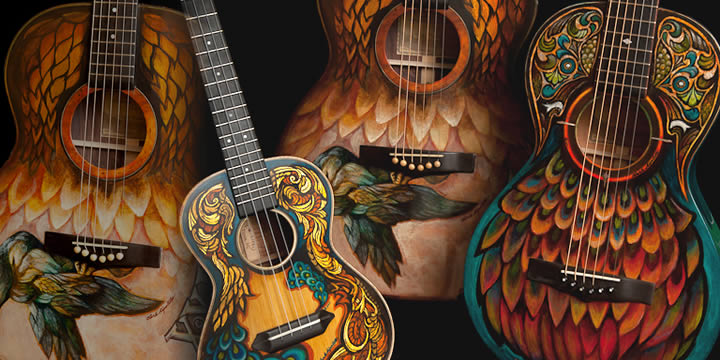 “HULA stands for Hilltop Ukulele Lovers Academy,” explains Jon Cyr, one of the group’s founders. “And that’s who we are.”

Cyr formed the group two years ago to practice ukulele with his friends, but he never anticipated how big the group would become.

“It’s just easy, cheap, and is a nice way to be introduced to music,” Cyr says of the tiny instrument’s appeal. “People like [the ukulele] because it puts out a good amount of sound, and it’s not too intimidating.”

This accessibility has drawn ukulele fans ranging in age from eight to 93 years-old to HULA. They started in a small rec room at the Hilltop YMCA, but the group has since been invited to perform at festivals and events around the city. Most recently HULA performed at the pancake breakfast on SS Red Oak Victory.

Kristy Sharkey has followed HULA from the beginning. As Health and Fitness Director at the Hilltop YMCA, Sharkey was instrumental in getting HULA on its feet.

“I helped get it up and running, but it’s really taken off on its own,” Sharkey explains. “I think people enjoy that the group is so unique — there aren’t a lot of ukulele groups around, and Jon is just a cool guy to hang out with.”

There is a familial vibe to the group. Watching HULA play it’s clear that they’re all there to have fun. It’s simple. They sit in a large circle and strum “That’s Amore” or “La Bamba”, and they encourage each other through the set. For a group of self-declared amateurs, they’re pretty good.

If you’re interested in playing with HULA, feel free to join them at the Hilltop YMCA, at 4600 Lakeside Drive. They meet there between 4 pm and 6 pm on the second Friday of every month.