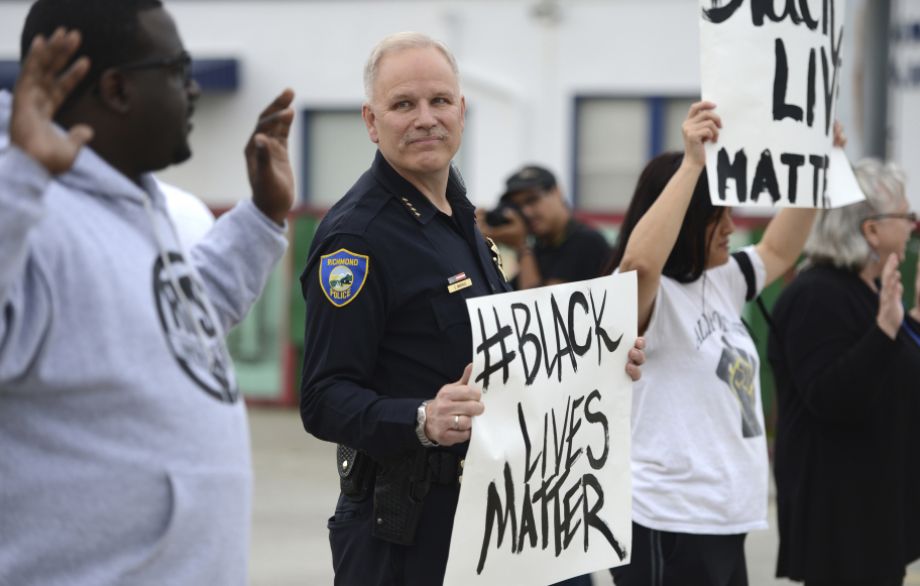 After landing a spot as a finalist for the position of Chief of Police for the city of Tucson, Arizona, Richmond Police Chief Chris Magnus may not be leaving the city after all.

The Tucson Police Officers' Association (TPOA) announced Wednesday that the Richmond Chief’s recent involvement in the Black Lives Matter movement, among other concerns, made him a less desirable candidate than their top choice, Dallas Deputy Chief Malik Aziz.

According to the Arizona Daily Star, “the negatives [the TPOA] identified for Magnus were: Inconsistent discipline, lack of direction, a promotion process that is based on a non-ranked list selection, follows the political wind, [and] participated in a ‘Black Lives Matter’ protest…”

During a recent visit to Richmond, TPOA Vice-President Brad Pelton noticed a comic in Magnus’ office of the Richmond chief participating in a Black Lives Matter protest.

“I did not get close enough to read what it said, but the fact that it was hanging prominently on his wall spoke volumes to me as to the pride he has with being involved with this movement," Pelton reportedly said in a memo to union members.

Just three of 70 TPOA members voted to support Magnus, while the leading candidate received 50 votes. This comes a week after the Tucson Citizen Police Chief Appointment Advisory Committee recommended Magnus, with votes from 11 of the 14 committee members in attendance.

Chief Magnus was vetted from an extensive recruiting process which started months ago after the current Tucson Chief of Police, Roberto Villaseñor, announced that he would be retiring at the end of the year. The appointment of the position is up to the city manager, whose decision is subject to approval by the Tucson City Council.