Jackie Thompson: What happened to the Richmond Housing Commission? 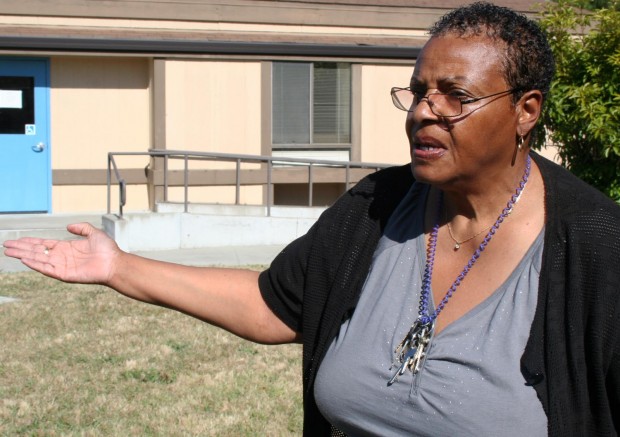 Something questionable is happening with the Richmond Housing Commission. I sat as a commissioner for years. I grew up in public housing, worked for and retired from the S.F. Housing Authority, and I have an intimate knowledge of HUD rules and regulations. Yet, when it came time for my term to be renewed, I believe I was discriminated against, and I’m going to get to the bottom of it.

The issue started with poor management and communication between the Richmond Housing Authority, the City, and the Housing Commission. I implemented a program where commissioners could volunteer to oversee a housing development (since the Housing Authority had no Property Managers and only one Resident Manager) -- that they weren't satisfied with.  I also devised report forms for Commissioners to fill out about the condition of those properties they volunteered to take.  Those reporting forms were never shared with the City Manager at meetings and they should have been so that the City Council could have been informed. The issue is poor communication between the Housing Authority and the City of Richmond.

My term on the Commission expired on November 1, 2014, but for some reason I was not informed of this until mid January of this year. I went to organize the February meeting of the Commission when Tim Jones, the Executive Director of the RHA, told me that my term and another  commissioner's  had expired and that we had to reapply. Not only that, but a few weeks later I was informed that we had now gone past the 90-day period of waiting to be reappointed and could no longer sit on the Commission. That was news to me! Because we had never been informed of the "90-day" waiting period to be reappointed to the Commission.  The Commission (once again fell under a quorum,) and couldn't even meet that month of February.

This is all happening at a time when there is a lot of transition and uncertainty with the Hacienda move out. We need an active and informed Housing Commission to assist in this period.  We had just had a "Special Meeting" to review and discuss important Housing Authority matters, forms and documents.

I decided to look into this 90-day rule. It’s regulated by an ordinance, 4-09, which is very vague. The copy I have is unsigned.  It states that after 90 days from when your term expires you have to apply as a new person instead of as a returning commissioner. The newly-elected Mayor Tom Butt made a decision to reappoint the other Commissioner whose situation was identical to mine...after the 90 day period had expired.  I believe he did it because that Commissioner is a resident commissioner (like me), and that Commissioner resides at the Hacienda. When confronted by me at the City Council meeting on March 24, 2015, Mayor Butt seemed confused about this "90-day" ruling. The Acting City Attorney informed the Mayor and the Council that if there was such a ruling or ordinance regarding this "90-day” language, it would seem fitting to follow it, but the Mayor didn't do it.  He went against a ruling he voted on in a 2009 City Council meeting.

Something does seem quite out of the "norm." In January 2015, I questioned the Executive Director as to why former Mayor Gayle McLaughlin had not made necessary appointments to our Commission.  The Executive Director stated "Commissioner Thompson...I think she did...let me check."  Well, the "check" determined that in October 2014 there was an appointment made and voted on to accept a new Commissioner. Four months later in January 2015 as Chair of the Commission, I heard that there was another person appointed to the Housing Commission. That person never reported to the Commission until months later. I questioned whether the newly appointed commissioner had been notified. I never received a definite answer. Upon receiving her application to prepare for her orientation, I looked at her application, and this woman doesn’t even live in Richmond — she lives in Kensington. I brought this up to Tim Jones, and he said he hadn’t even looked that closely at the application to notice. This seemed odd to me.  I guess I asked too many questions and they began to irritate others.  I also contacted the City's Attorney's office and the City Clerk's office.  I was told that some Commissions have non-residents sitting. I asked which ones and never got an answer. I was asked to name the Commission I was concerned about!

How could someone who doesn’t even live in Richmond or in public housing be on the Richmond Housing Commission? I have requested this question and others under the Public Records Act, since I can't freely obtain it from the City of Richmond.

The city wasn’t able to show me anything that said that members of boards or commissions have to be Richmond residents. I believe that ANYONE who wants to sit on a commission here should have to be a resident of the city. That’s only fair.

There is a failure and a flaw in the language for how commissioners are appointed. There should have been a protocol alerting me and the other commissioner that our terms expired in November. And when someone does apply for the seat, the city should make sure that they live here. This is an issue of poor management.

I believe that these loopholes were used to discriminate against me. I made a stink when the issues around Hacienda came out, and I called out Tom Butt when he said that comment about RHA residents "getting off the waiting list, moving into housing apartments, and expecting maid service.” I wrote HUD about his comments. Even though the City of Richmond is not governed by HUD rules and regulations, the Housing Authority is. The City Council is very involved with viewing and/or approving monies that the Housing Authority spends, so I felt they needed to know how those who are on the City Council feel about the residents in public housing that HUD subsidizes. The Mayor and the City don’t want me riding them about these issues anymore, so they pushed me out.

Now I’m organizing a city-wide Housing Commission. This is the only way myself and other residents who support me see that we can make sure the rights of public housing residents are being adhered to. It’s clear that the city is using the Richmond Housing Commission to carry out a personal vendetta against me. The city can kick me off their commission, but I will continue to help the people of Richmond’s public housing on or off the Commission and there is nothing they can do about it..simple as that!