Jael Myrick ~ In His Own Words 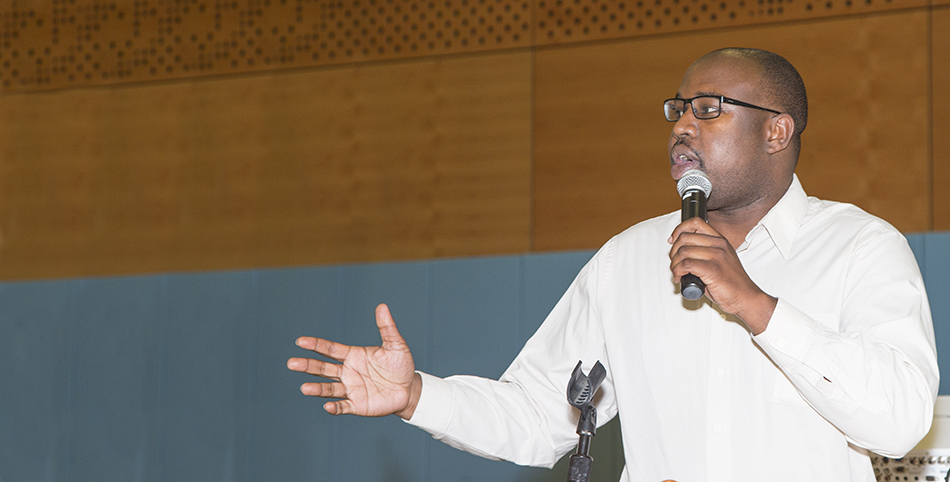 I was in kindergarten when my family first moved into this community.  At the time there was no way to know how deeply I would fall in love with Richmond.  Today, as I finish my first four years on the Richmond City Council, I am humbled and honored by the work we have been able to do on behalf of our community.  There remains more to do and a series of challenges that our City must get a handle on.  I’m committed to taking a careful, compassionate and creative approach as we address these challenges in the coming years.

When I first ran for Council in 2012, I was 27-years old and many of the other candidates scoffed at the idea that we would establish a program to guarantee funding for every high school graduate in Richmond to pursue a higher education.  Today, that program is called the Richmond Promise, and it is already funding the education of close to 400 young people in Richmond.  I was proud to negotiate funding for this and many other community programs in 2014 as part of the Environmental and Community Investment Agreement with Chevron.  The total ECIA funds $90 million in community programs and environmental initiatives in Richmond.

In the coming years, we need to develop a plan to make the Richmond Promise sustainable in the long-term and simultaneously engage our youth better to ensure more of them take advantage of this opportunity.  We know that preventing violence in Richmond is directly related to how we support our youth, this is a major reason I’ve championed programs like the Richmond Promise and the My Brother’s Keeper Initiative which has allowed the City to access federal and foundation funds to support youth of color.

Both of these programs are providing critical opportunities to our young people without impacting the City’s General Fund.

This brings me to one of the most important challenges we face in the coming years: maintaining fiscal discipline and a balanced budget.  The 2016/17 budget was the hardest I’ve had to vote on since joining the Council.  Knowing what is at stake for our City,  however, I not only supported the cuts necessary to balance our budget, but made the motion for those cuts because I know that our city cannot afford another bond downgrade.  In addition, I called for additional cuts to the City Council’s budget specifically because I believed that if people were feeling pain the Council needed to feel it as well (I couldn’t get the votes for that).

Over the next four years it will be critical that we have a Council that exercises fiscal restraint.  There is no easy answer or solution on this issue.  The majority of our budget is personnel and you cannot cut people without impacting services.  Some will tell you we should just cut from the salaries of the highest paid employees, but we cannot do this without engaging in a collective bargaining process with their unions, most of whom would reject such a proposal off the bat.  So there is no silver bullet to this problem.  We need a Council that is prepared to exercise fiscal restraint and deal with the realities we face.

Economic development and housing are two other major issues that we will face in the coming years.  Since 2013 I’ve supported every effort to increase the housing supply in Richmond.  I’ve also supported efforts to bring in more businesses and believe we have huge opportunities as we look at building a new mall at Hilltop, improving our Downtown District and finding an appropriate economically viable use for Point Molate.

You may not agree with every decision I’ve made on the Council, but I have developed a reputation for being open-minded and willing to work with anybody.  This is why I’ve received endorsements from across the political spectrum.  This includes the California and Contra Costa Democratic Party, environmentalists like the Sierra Club and the East Bay League of Conservation Voters, community activists like Black Women Organized for Political Action(BWOPA), newspapers including both the East Bay Times and the East Bay Express and Labor leaders from the Contra Costa Building and Construction Trades to our Police and Fire Unions.

Many of these groups have disagreements with one another, and several have disagreed with my votes on some key issues over the past four years.  They are all endorsing me, however, because they know that even when I disagree with them I will take a careful and open-minded approach.

As a graduate of Kennedy High, the son of a WCCUSD School teacher and the father of a four-year-old Richmond native, I will always be committed to this community’s success.  I hope you will support me for another term on the City Council.