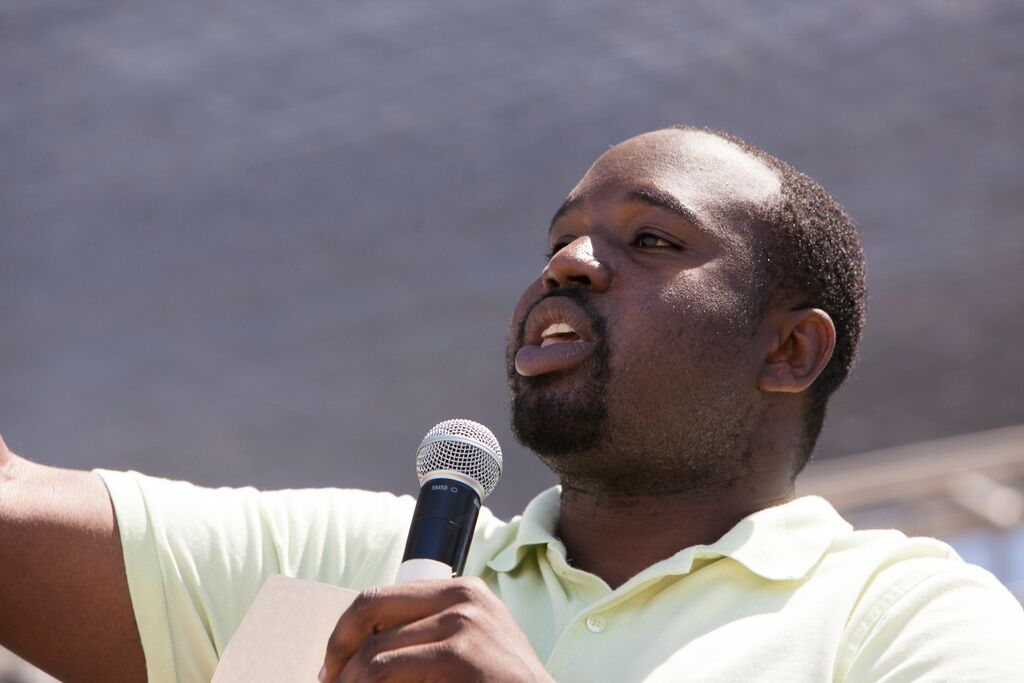 Over the weekend Mayor Tom Butt published two E-Forum pieces about the City Council’s recent decisions regarding the Police Commission Ordinance and the investigation of the 2014 shooting of Richmond resident Richard “Pedie” Perez.

Before I get into the specifics of what we did and why I believed it was necessary, I want to state that I consider Mayor Butt a close partner and ally on most of the important issues facing the city of Richmond.  I intend to continue working closely with Mayor Butt on our many shared priorities for this community.  As it relates to this issue, however, we simply have a different perspective.

First, let’s be clear about what the Council did and what the Council did not do.  We did not take any punitive action towards Officer Jensen or any of the Richmond Police Department.  We did not direct staff to implement any new policies that hamper the ability of Richmond Police Officers to do their jobs.  We simply directed staff to change the Police Commission Ordinance to allow for automatic investigations of incidents that result in fatalities or serious injuries and directed the Police Commission’s next Investigative Officer to take a look at the September 2014 Perez shooting once that individual is in place.  So when Mayor Butt calls these actions “radical” and “draconian” I honestly have no idea what the heck he’s talking about.

I will concede that the specific phrase “serious injury” did cause concern early on in the discussion.  I was worried that such ambiguous language could be applied in such a broad fashion that could become problematic.  During the course of our deliberations, however, Councilmember McLaughlin suggested a more specific definition for “serious injury” and the City Manager committed to bringing back a definition that is "workable from a workload perspective that meets the spirit of the discussion."  So again, I’m at a loss as to what is “radical” or “draconian” about that.

Much of Mayor Butt’s two E-Forum’s dealt with the issue of trust.  He criticized me and the other three colleagues who supported these actions for not having sufficient trust in our Police Department.  He specifically took issue with my analogy of trusting the Police Department to investigate itself being similar to trusting Chevron to do the same thing, calling that analogy a “visceral verbal attack.”

So let’s put this all in context.  It was Mayor Butt who first brought up the issue of “trust” during Council deliberations, he suggested that moving forward with these actions would send a signal that we don’t trust our own Police Department.  I responded with what I thought was a very logical common-sense statement that I wouldn’t trust anybody to investigate themselves and used Chevron as an example.  Mayor Butt suggested that was an inappropriate analogy because Chevron is an outside entity and the Police Department works for us.  Okay, how about instead we use the Richmond Housing Authority.   When the Council made the decision to expedite the relocation of Hacienda residents two years ago and provide stricter oversight of Housing Authority properties, nobody argued that such decisions showed a mistrust of Tim Jones or Housing Authority staff.

There’s a broader point here.  Whether you’re talking about the Richmond Police Department, Chevron or the Housing Authority, it is not the job of public officials to simply TRUST that people are doing the right thing.  It is the job of public officials to provide oversight and enact policies that ENSURE that our constituents are protected.  That is all we are attempting to do here.

Furthermore, the tone of Mayor Butt’s E-Forum’s (particularly the second one) seemed to suggest that anything short of a lemming-like unquestioning support of everything the Police Department does is somehow “bashing” or showing “antipathy.”  Let me be clear, I believe the Richmond Police Department is the best and most community oriented in the Country.  BUT NOBODY IS INFALLIBLE.  I understand that the Perez incident only involved one Police Officer out of over 170 on the force.  This one Officer’s mistake should not and does not reflect negatively on the others.  But to suggest that we should not try to learn from the incident and change our policies to allow for more oversight in the future out of some unshakable faith is just silly.

Finally, as always the argument was made by Mayor Butt and others that this was somehow politically motivated or specifically “RPA-driven.”  This charge has been made after virtually every vote I’ve casted this past year, except the times when I’ve voted against the RPA where I was clearly motivated by my campaign contributors and corporate interests(it’s not possible that I’ve actually voted my conscience on any issue, ever).  But on this issue, the charge of this being “RPA-driven” is particularly ridiculous.  The most vocal supporter of the action we took on the Police Commission is Commissioner Felix Hunziker.  While Felix supported these actions, he’s been very outspoken in his opposition to the RPA on virtually every other issue.  From the Soda Tax, to Richmond CARES (eminent domain), to Ban the Box, to Rent Control, if the RPA is for it, Felix has been against it.  So when Felix and the RPA end up on the same side of an issue, it’s time to stop talking about political motives.

Broadly speaking I believe we need to get past the place in Richmond, on this issue or any other, where we constantly question one another’s motives when we have disagreements.  I don’t begrudge Mayor Butt or any of the Councilmembers who voted against the actions we took.  I recognize that the seven of us each come with our own perspectives, ideals and worldviews and I believe that is a good thing.  That is how democratic bodies are supposed to operate.

At the end of the day the decision the City Council made here was fairly small.  We are limited by State and Federal law as to how we can deal with situations like this.  All we have called for was a Police Commission investigation to help determine what happened and how it can be prevented in the future and a change to the Police Commission Ordinance to allow for such investigations to be automatic in the future.  The walls are not tumbling down.

Let’s not forget the context here.  An unarmed 24-year-old was shot and killed by a Police Officer who was sworn to protect him.  In my view, there’s never really an acceptable excuse for that.  Even if the Officer felt threatened, he clearly made a conscious decision to shoot to kill which I believe was unnecessary.  There is virtually nothing the Council is empowered to do that would ensure real justice after these scenario’s, so we used the little bit of power we do have to try and provide better civilian oversight in hopes that this won’t happen again.

I agree with Mayor Butt about all of the outstanding things our Police Department has accomplished.  I also have the highest confidence for Interim-Chief Allwyn Brown and the highest regard for former Chief Chris Magnus, who I believe is a national treasure.  That said, no one is infallible, and I believe when situations like the Perez incident occur those of us in power have an obligation to do whatever we can to try and prevent it in the future and if possible hold people accountable.  That is all we are attempting to do here.