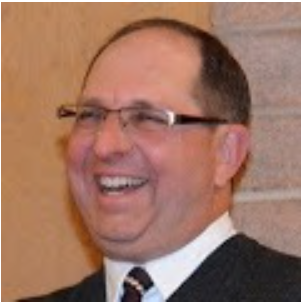 Only a few years ago, the Lawrence Berkeley national Laboratory announced a competition for sites to which to consolidate its scattered life sciences operations.  The City of Richmond made a concerted effort, highlighted by "Richmond

LBNL" banners and buttons, and, lo, the Lab chose the University of California Field Station on Richmond's South Shoreline as its preferred site!

Unfortunately, cuts to the budget of the United States' Department of Energy, from which the LBNL receives most of its funding, postponed the Lab's plans.  Fortunately, the University of California at Berkeley, which owns the chosen site, was apparently inspired by the Lab's choice of the Richmond Field Station to develop plans of its own for expansion onto the site.

The current plan envisions the development of a Global Campus on the Richmond Field Station, where scholars and students from all over the world, in partnerships with universities and companies from all over the world, will gather to study and conduct research into global issues.  The LBNL still hopes to develop its campus on the site, so there is a joint effort between the University and the Lab.  If these plans come to fruition, this will be the largest economic development in Richmond since the shipyards in World War II.

The University and the Lab signed a letter of intent with the City of Richmond promising to bring benefits to the City in four categories: local procurement, local hiring, workforce training and education.  To put meat onto the bones of those promises, the University and the Lab convened a "Working Group" of representatives of the community.  The Working Group includes representatives of business organizations (of which I am one), of philanthropic organizations, of neighborhood councils, of the school district, of the City, of LBNL, of the University and of activist groups.

Two of the activist groups represented on the Working Group, ACCE and CISCO, joined with the Haas Institute for a Fair and Inclusive Society, part of the University of California, to write a report on the opportunities and challenges presented by the planned development of the Field Station.  In preparation for the report, public forums were held in Richmond, and many community activists and activist groups were interviewed.  The report, issued on October 30, can be found at HaasInstitute_AnchorStrategies_BerkeleyGlobalCampus_DISTRO.pdf.

The report recites a litany of Richmond's shortcomings, including poorly-performing public schools, unemployment and under-employment and contaminated properties.  The report also predicts that the development of the Field Station, while exciting and likely to draw economic resources into the City of Richmond, also endangers the affordability of housing as increased demand for housing near the new development will drive up housing prices.  The report recommends that the University solve these problems by establishing funds to promote affordable housing and job training and that the University lobby for rent control in Richmond.

The report lists the people and institutions with whom the researchers consulted.  That list does not include anyone from the organized business community, nor anyone from the School District, nor anyone who would be likely to disagree that rent control would be a good idea.  It's ironic that a report from the Haas Institute for a Fair and Inclusive Society was neither fair nor inclusive.

In another example of either sloppy research or of misleadingly inflammatory writing, the report states that Kennedy High School students report that they have no science equipment in their laboratories.  In fact, Kennedy High School has brand new, very well equipped science laboratories.  Now, it's true that while those new laboratories were being built science classes were held in poorly-equipped substitute quarters, but it's not a valid indictment of educational opportunities in Richmond that there was a temporary lull while brand new facilities were being constructed.

In yet another example of poor research, the report states that the site next to the Field Station, the former Stauffer Chemical plant, is contaminated with "high levels of radioactive waste."  The footnote to that assertion is to a Richmond Confidential news story, written by a journalism student at Cal, reporting that a study of the site found a couple of areas on the site where radiation exceeded background levels.  Those areas, however, have not been characterized, and there is simply no evidence that those radioactive hot spots represent the deposit of high levels of radioactive waste.

Some of the recommendations of the report, such as that the University lobby the City in favor of rent control, would be unlawful.  None of the report's recommendations come with price tags, so it's impossible to judge whether implementation would require the expenditure of thousands or of millions of dollars.

The Chancellor of the University held a luncheon at the Field Station to introduce himself and his concept of a Global Campus to Richmond.  At that meeting, several representatives of ACCE and of CISCO stood and announced that "the community" demands that the University sign a legally binding agreement promising to implement the recommendations of the Haas Institute report.  I'm sure that you, like, me, consider yourself part of the community, and that it's news to you that such demands were being made on your behalf.

At the following Working Group meeting, I presented to the Working Group the shortcomings of the report, and I pointed out to CISCO and ACCE that they were not "the community", but were only part of it.  The room erupted,  No one defended the report, but many people attacked me, personally.  Our new City Councilperson, Eduardo Martinez, accused me of saying that ACCE and CISCO were not part of the community, and accused me of not representing Richmond's business community.  Another person told me that because I didn't live in Richmond I could not care about the community.  When it was pointed out that I do live in Richmond and have all of my life, she didn't relent, but said that I couldn't care because I didn't live in her neighborhood.  The director of the Haas Institute tried to cut me off mid-report.

I am the last person to deny that Richmond has issues, and that the development of the Field Station will present challenges as well as opportunities.  However, addressing those challenges deserves careful, objective analysis of the problems and of potential solutions, and involvement by the entire community.  It may, however, be very difficult to have a rational debate in an environment where people are so invested in their preconceived notions that facts are nothing more than justifications, and contrary facts are blasphemous.