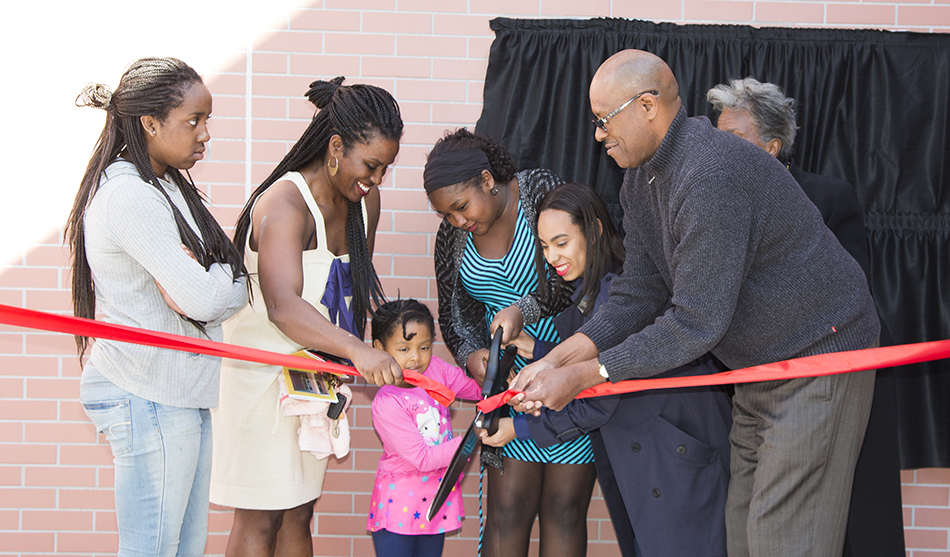 On behalf of the Ramsey family I want to thank the West Contra Costa Unified School Board for its decision to dedicate the Law Academy to my husband.   Judge Henry Ramsey, Jr. was firmly committed to education as a certain vehicle to free an individual from the shackles of poverty and enable the poorest among us to realize dreams enjoyed by those more privileged.  A public school facility as a tribute to his life is especially significant.

The fact that this facility is a law academy is an acknowledgment of Judge Ramsey’s heartfelt belief that legal training was a key to social change.  Judge Ramsey ascribed to lawyers the role of social engineers.  He charged lawyers, especially African American lawyers, with the responsibility to mastermind the changes in our social and legal system that would allow persons with an education to achieve their dreams without the impediments of the social, economic and racial discrimination that plagues our society.

The fact that the Henry Ramsey, Jr. Law Academy is located in Richmond, California also has special significance.  Judge Ramsey, a brilliant and courageous young man, started his legal career in this city.  In 1964, a year after graduating from Boalt Hall School of Law, Lawyer Ramsey was hired as an Assistant District Attorney in the Contra Costa County District Office in Richmond.    In 1966 lawyer Ramsey, as he was affectionately called by Richmond’s African American community, hung his own shingle and opened the Law Offices of Henry Ramsey, Jr.

From his Nevin Avenue Law Office Lawyer Ramsey left his imprint on the City of Richmond.  Lawyer Ramsey, born in Florence, South Carolina in the vicious era of Jim Crow, was a formidable social engineer.  He was untiring in his commitment to eradicate discrimination and the injustices in this City.

In Richmond, Lawyer Ramsey, in partnership with the City’s African American community, worked hard to eradicate the vestiges of discrimination that had been for decades “business as usual” throughout City government and particularly the Police Department.  One of Lawyer Ramsey’s proudest accomplishments, during his seven years in private practice, was the elimination of discrimination in hiring, promotion and retention of Black officers in the Richmond Police Department.

In 1971, when Lawyer Ramsey left the practice of law to become a professor at Boalt Hall School of Law at the University of California at Berkeley, his work had transformed the manner in which African American residents were treated by the Richmond government.  At Boalt Hall Professor Ramsey was able to fulfil his passion to create and mold social engineers.    He took personal pride in the number of African American lawyers whose lives he shaped and who accepted the challenge to serve the legal needs of their community.  From 1990 thru 1996 Henry Ramsey was also Dean Ramsey for a decade at Howard University School of law.  There he reformed the institution in ways that made him proud.

At the time of his death Judge Henry Ramsey, Jr., in retirement continued his lifelong commitment to education in his role as a trustee of the Center for Youth Development Through Law.  The Center introduces high school students to the legal profession.  Judge Ramsey facilitated the existing partnership between this District and the Center enabling Richmond high school students to participate as summer interns at the law school.

As many of you no doubt know, from Boalt Hall Professor Henry Ramsey was appointed in 1981 to the Alameda County Superior Court.  Judge Ramsey was a hard working jurist. In his court room he ensured that people, rich and poor, were served fairly under the law with dignity and respect.

Today our family and my husband’s friends want to thank the members of the West Contra Costa Unified School Board for offering the tribute of the Law Academy to celebrate the career of a dear, caring man who valued education and believed in the rule of Law.  And he was forever grateful for his Richmond family. 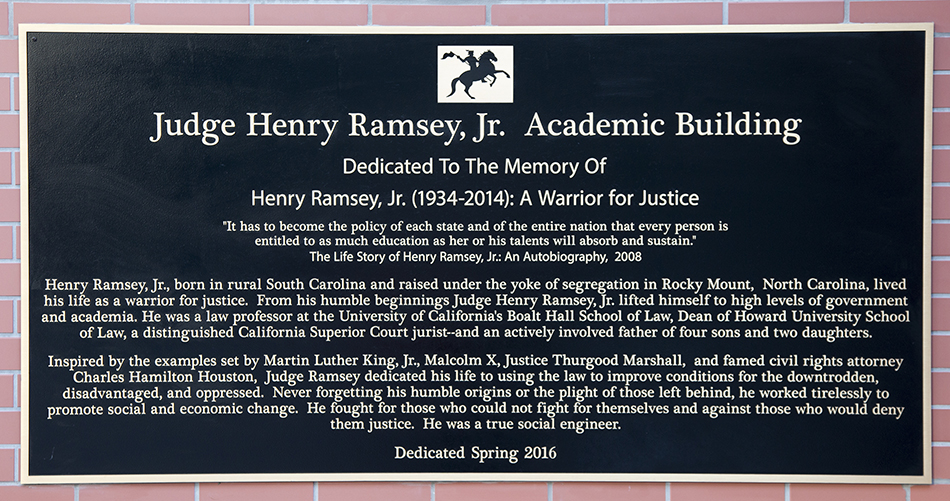