Hundreds of young people in Richmond spent the last several months gathering signatures on a ballot initiative which would have asked the voters to set aside as much as 3% of the Annual General Revenues for youth programs.

As of the previous Friday the County Elections Office had not verified that there were sufficient valid signatures for the initiative to be placed on the November ballot.  As a result, the issue was removed from Tuesday’s City Council agenda.

After the deadline to be placed on the agenda, the County validated that there is enough signatures to continue the matter.

In order for the issue to be discussed by the Council a motion would have to be heard showing that this was an emergency measure and it would then need a supermajority vote of 5 of the seven Council members to agendize the issue.

With an overflow crowd of green shirted young people, Mayor Tom Butt informed the crowd that if those in the room could not find a seat, they would have to leave the chambers.  The crowd resisted but Mayor Butt persisted.

When Councilmember Jael Myrick made a motion to agendize the Kids First measure, it died for lack of a second and Mayor Butt announced that it would not be discussed at this meeting.  He invited those that had signed up to speak on the issue to sign up to speak under Public Forum.  The crowd voiced their displeasure with several youth yelling at Mayor Butt and the Council.  Mayor Butt warned the crowd that if they could not behave that he would have no choice but to vacate the room. 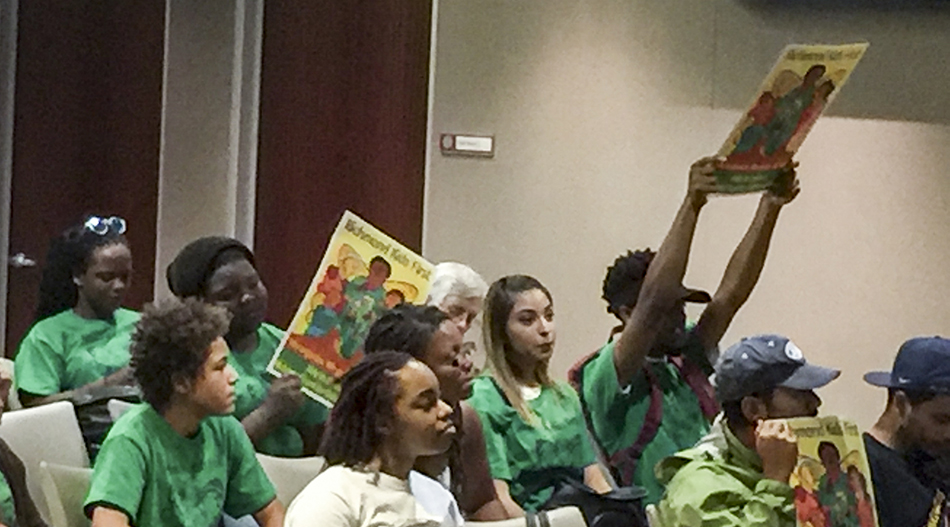 After a 5 minute recess, the meeting resumed with Mayor Butt moving all of the speakers on this issue automatically to Public Forum.

Councilmember Eduardo Martinez asked that the item be revisited so it could be heard at this meeting.  Councilmembers McLaughlin and Beckles voiced their concerns about the flaws in the ballot measure and announced that they would be abstaining.  Coincilmember McLaughlin was concerned about language that suggested that services that would otherwise be handled by the City would be outsourced and privatized.  Councilmember Beckles spoke of the need to understand the time constraints associated with putting measures on the ballot and the need to understand and follow the time constraints.

When the vote was taken, Councilmembers Martinez and Myrick voted to put the item on the agenda with the rest of the Council either voting no or abstaining.  The attendees were unhappy and let the Council know of their displeasure. 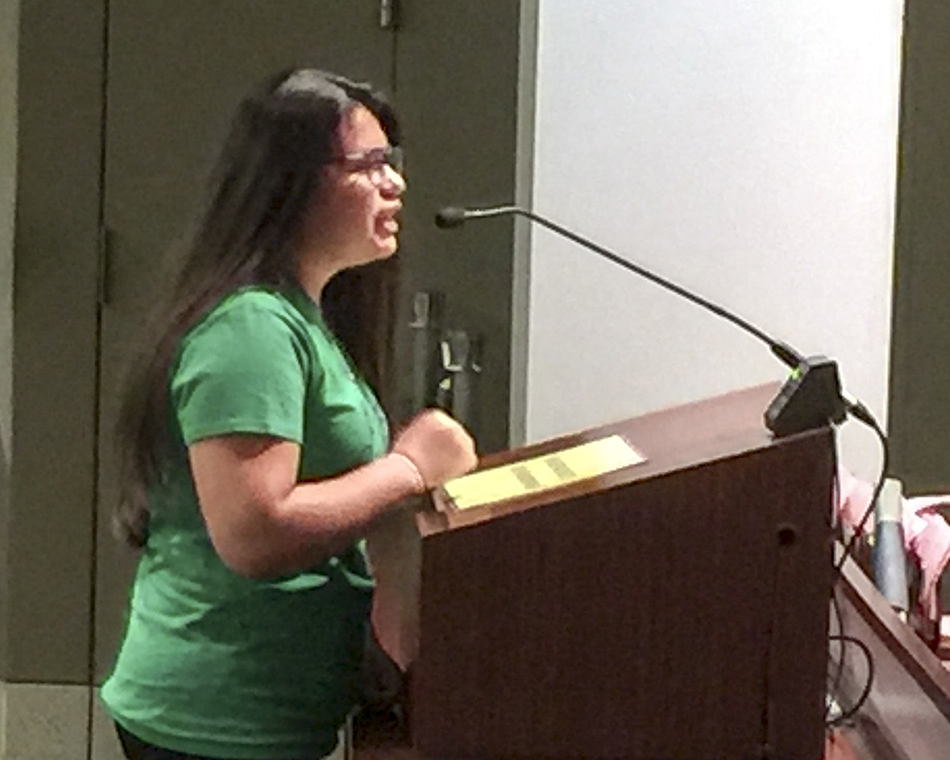 When the 42 speakers rose to speak their anger towards members of the Council and the recurring theme of what they were saying was that these young people would soon be voters and they would remember what these elected representatives did this night.

As County Supervisor John Gioia pointed out to the Council and the public, “it isn’t that this issue will not be on the ballot, it’s when it will be seen on the ballot.”  With sufficient signatures having been validated, the measure will eventually be on a ballot but it may not be until 2018.

Many members of the audience were angry that the process was being given short shrift.  They voiced their opinions that whether the Council agreed with the provisions of the measure or not, since there were enough valid signatures, it should be put before the voters so the community could listen to the arguments pros and con and then decide whether this should be implemented here in Richmond.

As one of the youth angrily shouted:

“We’re coming!  We promise you—we’re coming for your seats!”