KQED: Crime Spike in Richmond: A Challenge for Community Policing? 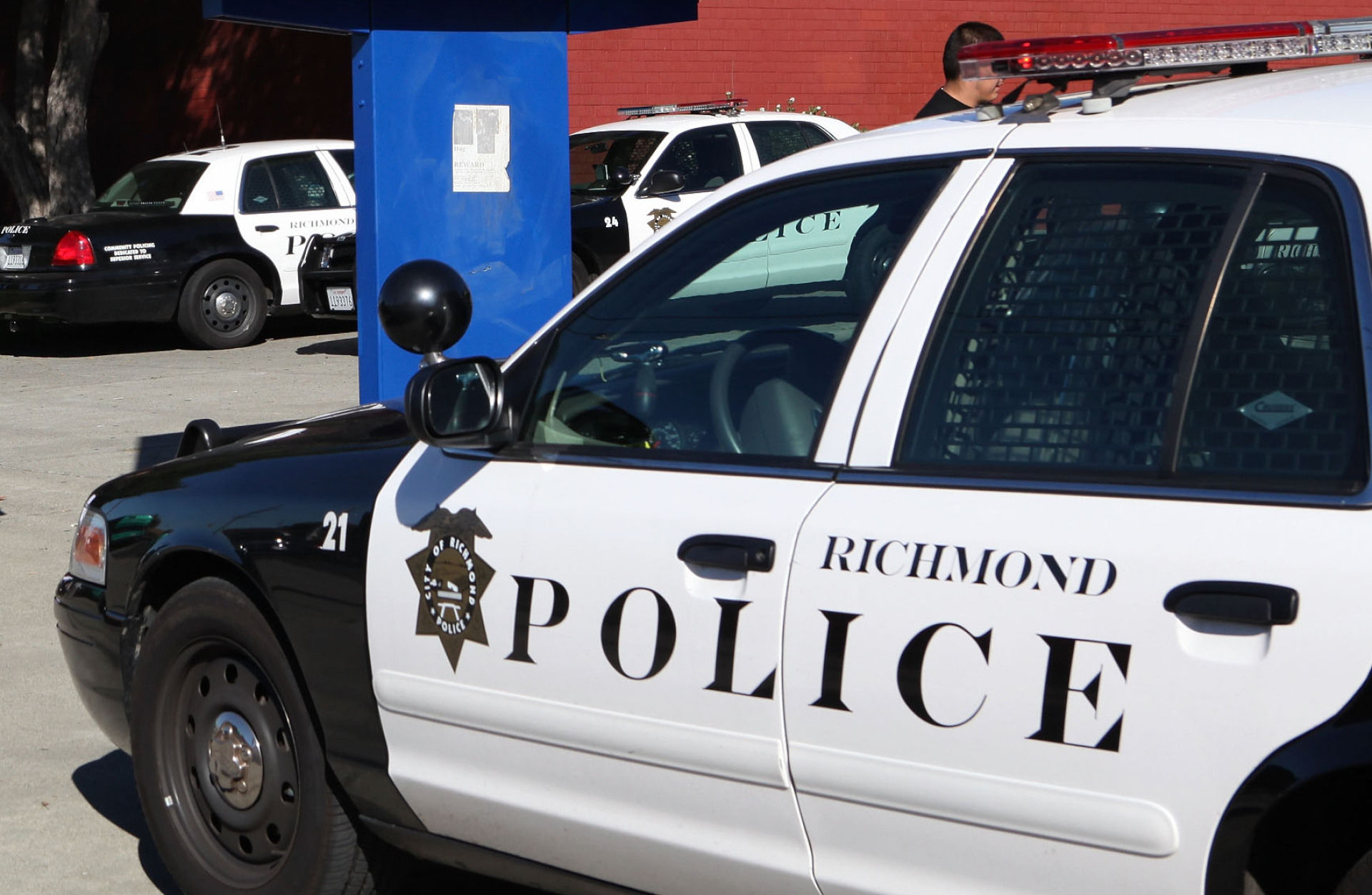 Richmond Police Officer Jennifer Cortez rolls through downtown Richmond in her black-and-white cruiser when her radio crackles to life. The call is from dispatch — a reported burglary in progress. Responding to the call, Cortez crosses into the city’s south side, parking well out of sight of the target address.

Richmond police have been getting a lot of these calls lately. Armed robberies are up 26 percent this year. And another shooting death last week brings the number of homicides in the city to 11 so far this year — the total number of homicides for all of 2014. While Richmond’s community policing strategy has been a bright spot in the national conversation about race and police, the current uptick in violent crime has residents and police on edge.

Sgt. Nicole Abetkov says there’s no single cause she can identify to explain the crime spike. She thinks new laws like Proposition 47 and public safety realignment have led to more low-level offenders on the streets. But there are very few statistics to rely on, so it’s hard to say for sure. One thing is known: The department is more understaffed than they’ve been in years — down 11 officers and 14 more who are out of commission for active duty.

“On any given day you can have one team who is short four spots,” Abetkov says, “which has an effect on a whole bunch of things: response to calls, customer service.”

While the department is in the process of hiring five officers right now, and working with a federal Alcohol, Tobacco, Firearms and Explosives task force to combat the robberies, Abetkov says there are still systemic problems in the city.

“The greatest challenge in this city is history and time,” he says, sitting in the antechamber of his office just above the City Council chambers. “You’ve got a lot of lost lives in this war.”

The Office of Neighborhood Safety is unique among city departments across the country for how it tries to break this cycle of violence and history. Boggan and his staff reach out to those who are most likely to commit gun violence and be killed by it. These young people are offered a stipend of $1,000 per month to put down their weapons and follow a “life map” created with the help of office staff. They’re mentored and taken on trips far away from the struggles at home.

A recent evaluation by the National Council on Crime and Delinquency found that the program seems to be working for most of the people that buy into it. They aren’t ending up dead or in prison.

Still, Boggan says for every 50 people he sits down with, “You have 5-10 folks who will say, ‘Mr. Boggan, man I love what you’re trying to do. I love what your team is trying to do, but quite frankly, I ain’t ready to change. And I got some people I want to take out. And the police are going to have to earn their living.’”

Back at the robbery in progress, a few neighbors wander out of their houses to see what’s happening. Five police cars are blocking the end of the street. A man drives by on his bike. He doesn’t want to be identified but does have something to say.

“All they [the police] do is drive around and harass poor people,” he says. “They don’t never do nothing to the rich people.”

Just then, Cortez comes jogging back and jumps in the car parked near by. She’s out of breath from a foot chase with one of the robbery suspects — a foot chase she won. The suspect is now in custody.

Another officer drives up alongside and rolls down his down window.

“Did you catch the guy that outran me?” he asks.

“But that’s because you cornered him out,” she says. “Flushed him out.”

But, Cortez explains, most of the time her job isn’t this dramatic. She isn’t a beat cop; she’s on special projects like keeping drunks out of the park, towing RVs that leave sewage in people’s yards and checking on illegal dumping spots. She says this is what community policing means — taking care of residents in a lot of small ways.

She rolls past a popular dump site that’s right next to a row of very tidy apartments. Three stained mattresses lie askew on the ground alongside a broken mirror and a busted headboard.

“This is pretty minimal,” she says. “Usually there’s a pile up there. I just feel bad for the people that live here.” Later, she’ll notify public works and get the trash hauled away. While these issues might seem mundane, she says they have a big effect on people.

“You can work together on low-level crime such as that,” she says, “which creates a stronger bond between the police and the community because they trust that you can take care of problems.”

While some residents still don’t trust police, Cortez says there are others who appreciate what she’s doing.

“This woman came up to me,” Cortez says. “She said, ‘From the bottom of my heart, I really just wanted to tell you that I appreciate you coming out to work for the city when you don’t know if you’re going to go home that day,’ and I was like ‘Oh my God, don’t make me cry right now.’ I was like, ‘Get out of here lady!’” Cortez pauses. “I was really, really touched, you know.”

The department says community policing isn’t going solve all of Richmond’s problems. It hasn’t prevented the current crime spike. But Cortez says it’s still the best way to do her job.