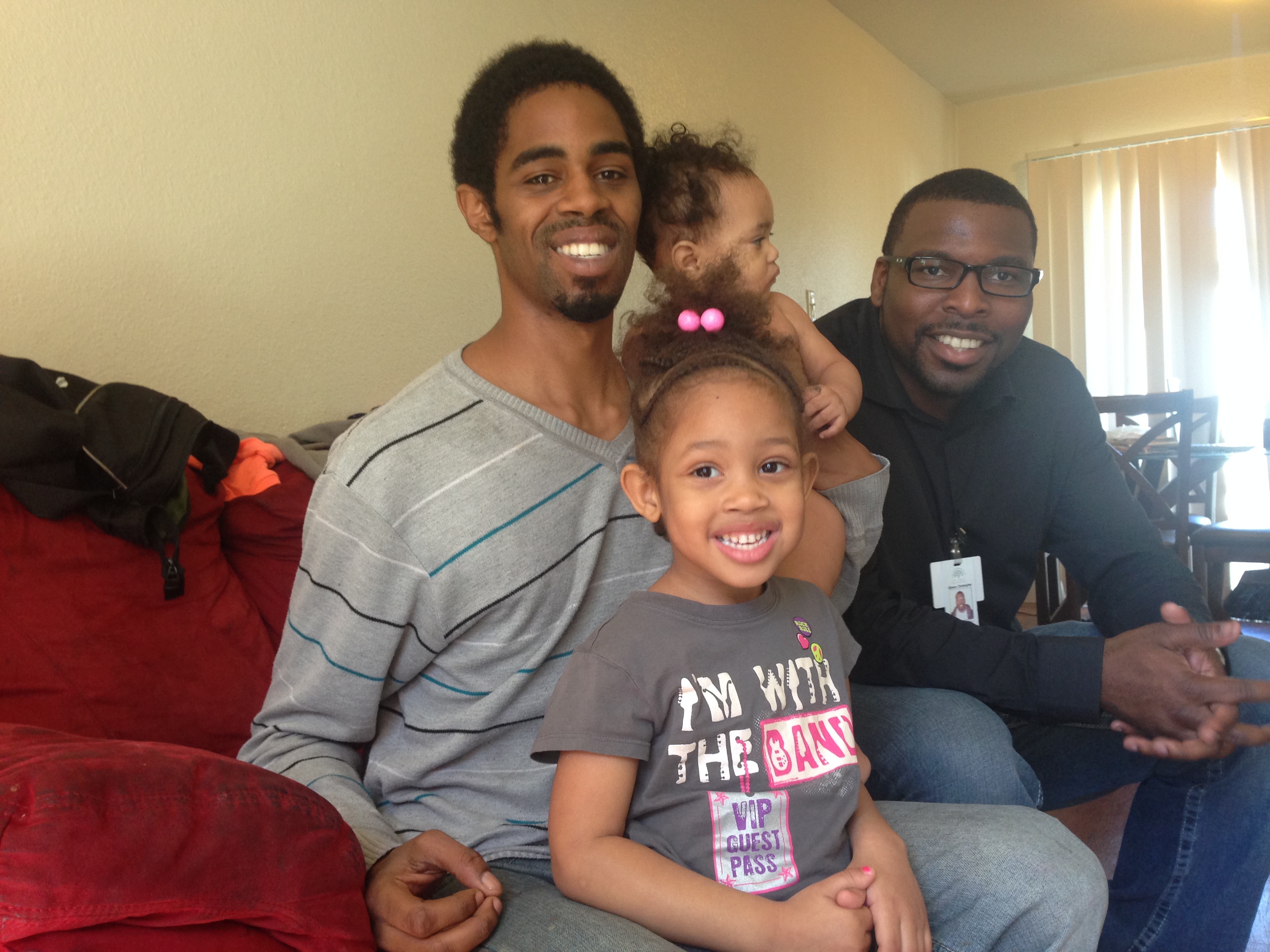 Outside his small apartment in Richmond, Travis McGee’s 9-month-old daughter, Honesty, clutches his chest as he shoos his two other little ones back inside a living room littered with toys and laundry. Like all new parents, McGee has been exhausted, freaked out and in love — for the past six years.

“Sleep?” he says, laughing lightly, “I don’t even know what sleep is anymore.”

Since he lost his job last fall, McGee has been staying home with the kids while their mom works.

“As much as I would like to be working right now,” McGee says, “[I] can’t beat the experience I’m getting being here with them every day.”

McGee isn’t alone. More dads are staying home to take care of their kids than ever before, according to a 2014 study from Pew Research Center. And as McGee points out, along with the joy of watching your kids grow up comes a lot of work.

In low-income neighborhoods in Contra Costa County, men like McGee have been showing up at family resource centers with their kids in tow asking for help. In response, First 5 Contra Costa and the nonprofit Brighter Beginnings have launched a new home-visiting program just for dads.

Since January, McGee’s been getting some much-needed help from Chris Gibson, a fatherhood involvement coach for the new program.

“When Travis first got into the program he was standoffish, wouldn’t open up,” Gisbon says. “It was cool, but it wasn’t cool. One day we had a sit-down and a talk, and things just opened up drastically.”

For McGee, dealing with unemployment and three kids under the age of 5 has been stressful. But he says being able to open up to Gibson helped relieve some of that stress.

“If I need somebody to talk to about what I’m going through, ain’t nobody listening, he listens,” McGee says. “ ’Cause you just build up, keep building up that pent-up emotion, it’s just going to explode one way or another. So I mean, Chris, I can’t even explain how helpful he’s been.”

It would be very difficult for McGee to get this help if Gibson didn’t come to his house once every couple of weeks. With three kids in tow, McGee says making it across town on a bus to the office would be nearly impossible.

Reposted from KQED. Find the rest of the story here.