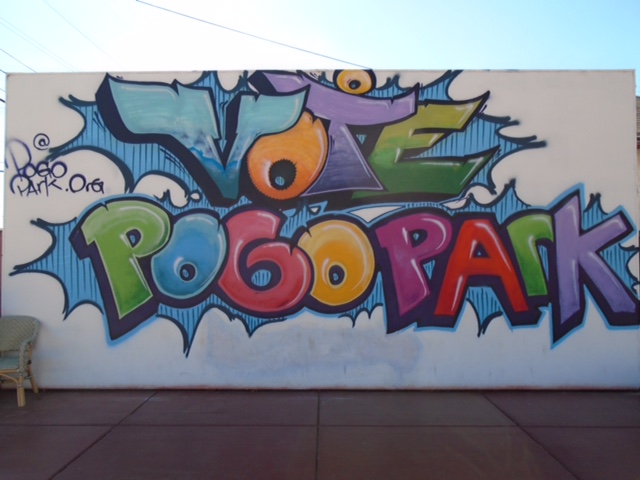 The streets surrounding the Iron Triangle's Elm Playlot were paved with gold this weekend. Pogo Park, the community organization which transformed the playground into a community hub, presented a demo of its latest venture, the "Yellow Brick Road." Over the two-day trial, residents of the Iron Triangle got their first glimpse at a unique vision for their neighborhood.

"On the Yellow Brick Road, kids come first, and cars come second," says Katrina Guadalupe, a founder of the project. Katrina and her sister, Daniela, first came up with the idea for the Road over seven years ago. "We wanted to make a space where playing is the most important thing," explains Katrina. The Guadalupe sisters teamed up with Toody Maher of Pogo Park, and together they engaged the community around the idea. 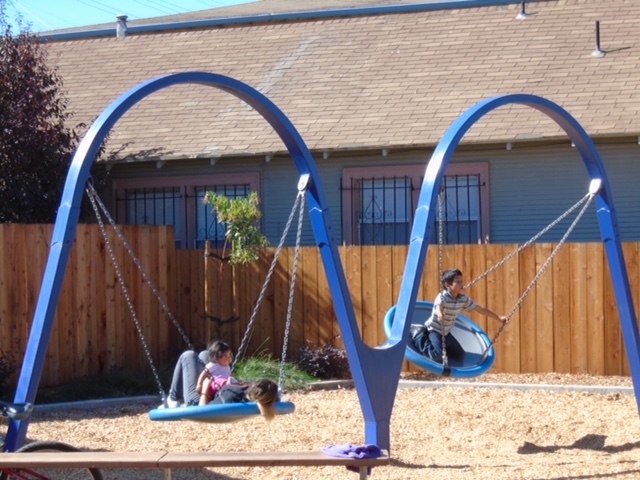 Every day for a month the Guadalupe sisters, Maher, and residents of the Iron Triangle walked up and down the streets of their neighborhood. Their goal was to determine the route of the Yellow Brick Road. Maher explains that they "wanted to find the streets which were the most traveled and which streets served as natural connections between community hubs, like churches, schools, and parks." These main roads -- which span 50 blocks of the Iron Triangle -- will be transformed into the Yellow Brick Road over the coming years.

The Iron Triangle will be visibly different once the project is established. Yellow bricks will be painted on the sidewalks of designated streets, homes will carry signs in their windows, and roundabouts featuring large, wooden sculptures will be erected to help slow traffic. This weekend's presentation showed these elements at work. 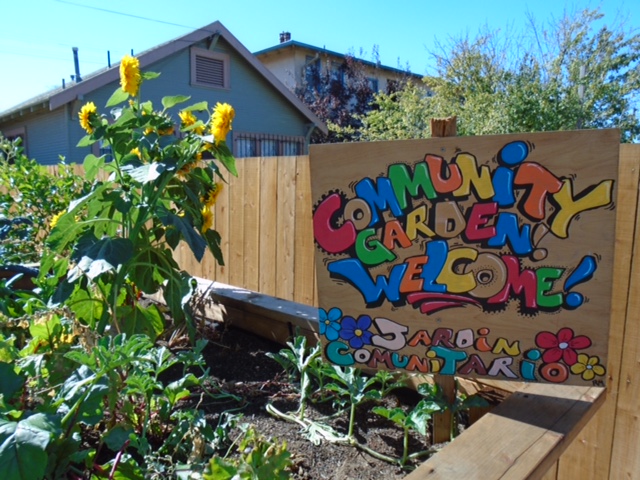 Elm Avenue, which runs along Elm Playlot, was entirely shut down to cars. Instead, the road hosted kids playing and neighbors talking. The park itself was filled with dozens of neighbors who drifted between the park, their homes, and the pop-up Yellow Brick Road.

At one point, as Beyoncé and Andre 3000's "Party" played through the loudspeaker, the scene surrounding Elm Playlot was exactly that. Parents danced with their babies, kids played tag in the street, and community volunteers made sure that everything was running smoothly. 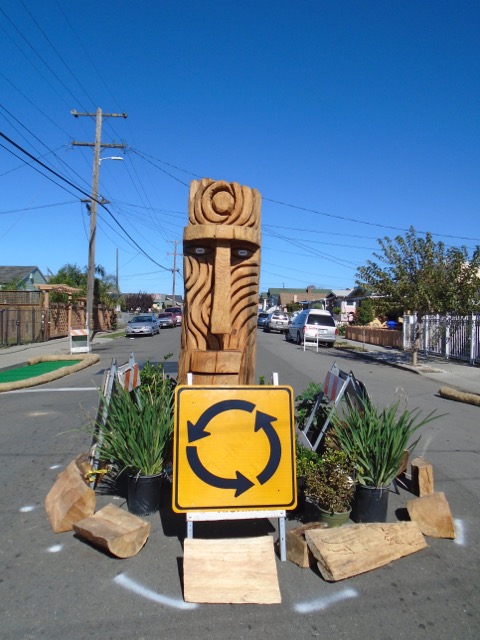 All of what Pogo Park and the Yellow Brick Road stand for came together in this moment. Kids had space to play, their parents didn't have to worry about danger in the streets, and the cars stayed away. If this weekend's trial of the Yellow Brick Road is any hint of what's to come for the Iron Triangle, its future is bound to be golden.


To learn more about Pogo Park and the Yellow Brick Road, click here.