LEGALIZED EXTORTION UNDER THE GUISE OF DEMOCRACY Chapter 2 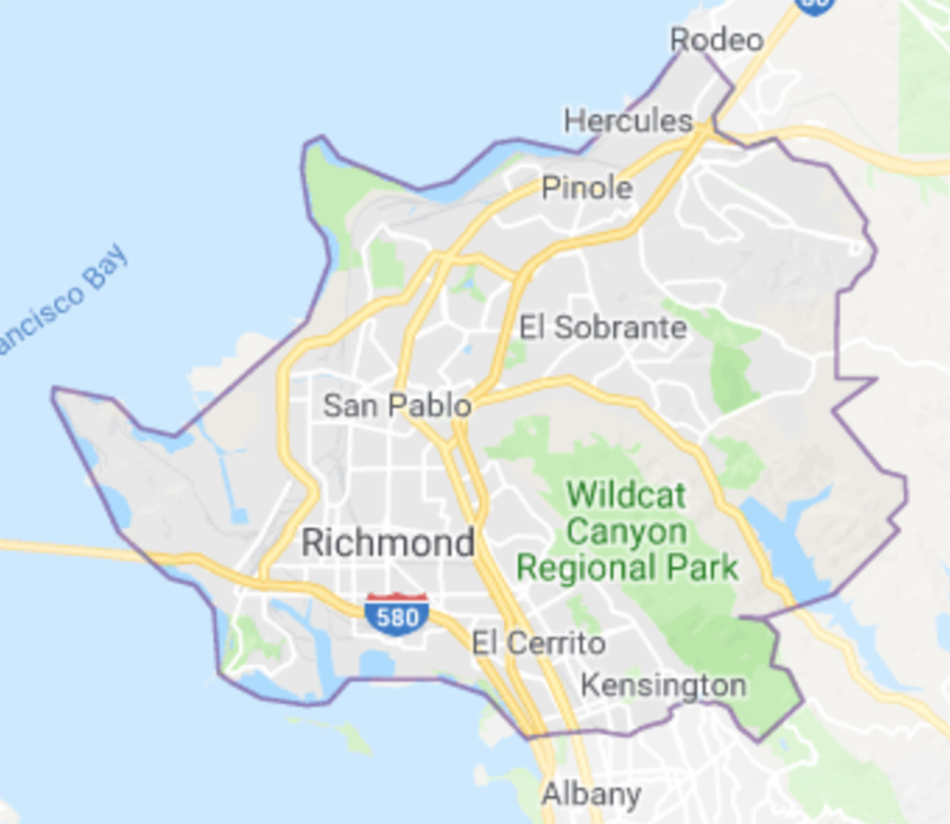 Be sure to look at Chapter 1.

CHEAPER TO RUN FOR OFFICE

The suggestion is that if a candidate only had to run in a district with 25,000 registered voters (instead of the current 121,406), the cost to run for office would be significantly less. If the cost is less, then it’s suggested that the likelihood is that more candidates might throw their hat in the ring.

There is some legitimacy to that argument.

Reducing the number of mailers and signs should make it easier to run for office.

On the other hand, this means that it will cost significantly less for special interest groups to help their candidates get elected. In the past two elections, the charter school affiliates have invested nearly $1.3 million to get their candidates elected. If special interest groups are willing to spend that kind of money on school board races, doesn’t it stand to reason that they would still spend extraordinarily large sums in small races where their funds would have more of an impact? Wouldn’t this suggest that it might be even easier to ‘buy’ an election? 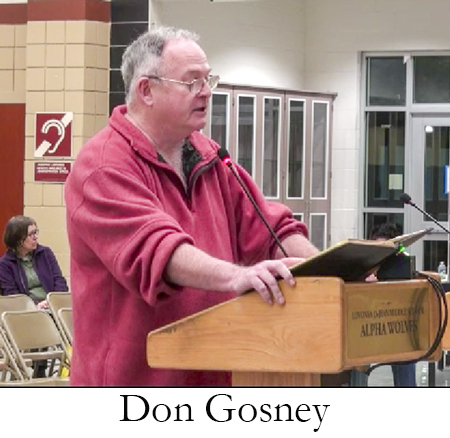 When a school board member is elected only by a subset of the District as a whole, who would they owe their loyalty to? If there was an issue that came before the Board that would take away funds that would otherwise go to that Trustee’s constituents, why would that Trustee risk alienating their base by voting against them? So how does this serve the best interest of the District?

Look at other elected bodies where representatives are elected to represent only a limited part of the District. San Francisco, Oakland, Congress—all are examples where we see on an almost daily basis where elected representatives serve their base before they serve the body as a whole. So why would anyone expect WCCUSD school board members to be any different?

As with any elected body, an elected representative needs to know how to count. If a WCCUSD Board member wants to accomplish anything for his/her constituents, he/she needs to know how to count to three—the number of votes necessary to approval any proposal. Even though it would be a violation of the Brown Act, the potential for backroom deals between district representatives is there and conspiracy theorists will see these backroom deals on a regular basis. And with the way social media can control a news story, Board support from the community can quickly evaporate.

Late in 2017 the Martinez City Council voted to proceed with district elections for their City Council.

When this issue was brought before the WCCUSD Board for discussion at their meeting of February 28th, it wasn’t brought up until nearly midnight—a time when very few people were left in the audience to voice their opinions pro or con. Had more notice been given (nothing in the media) or more concerned citizens still at the meeting, they might have sounded something like the speakers in Martinez and Antioch:

According to the West County Times article of December 12th, “Saying they are doing it only because they felt they had no choice, angry City Council members voted Wednesday to change council elections from an “at-large” system to a district-based one requiring the city to be carved into four separate districts.”

Resident Susan Gustofson echoed that sentiment. “I’m concerned that districting will segregate the council and … not do what’s best for the city as a whole,” she said.”

And, with regards to the Martinez Unified School District taking similar action, “Board president Bobbi Horack said, “It sickens me to be put in a position of having to spend $100,000 or a $1 million. I wish they had come to talk with us.”

Trustee Kathi McLaughlin said it felt like the district is stepping backward. “We are effectively disenfranchising the people who elected us,” she said.

McLaughlin wanted to know who chose Martinez as a target, said there is no evidence that any group has been underrepresented, and mentioned Shenkman collecting fees from cities and school districts.

The City of Antioch suffered a similar fate. In articles from the Antioch Herald in February of this year, “Planning Commissioner Jim Conley also spoke in opposition.  After stating that Antioch has a diverse community and a diverse city council, he said that districting makes council members very parochial and leads to backroom deals being done.  “The City doesn’t matter,” he said, “It’s your district that matters.”

The article continues, “Martha Goralka was the only other public speaker, representing the League of Women Voters of Diablo Valley, first saying “a threat of lawsuit by what appears to be a greedy out-of-town attorney seems to be a poor reason to work on districting.”” 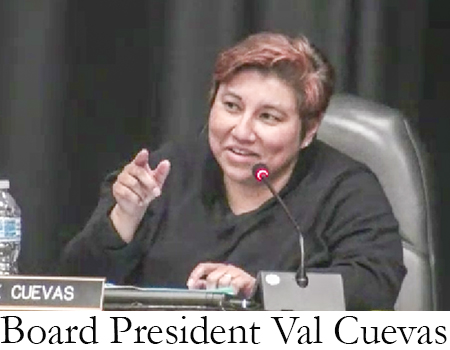 From Antioch Mayor Sean Wright: “I think this is going to be horrible for the city. I think it’s going to take us in a direction that’s going to divide us. When you represent 25% of the city you will naturally…care about the voters who actually vote for you…more than what the rest of the people want you to do,”

And Tim McCall of Antioch said, “Does this create community pride or community divide? Division will be the biggest result.”

There are, and will be, of course, supporters of this action but not necessarily for the same reasons stated in the letter of demand. Activists in the Hercules/Pinole area have complained for years that they don’t have representation on the Board. In the past 20 years, there have only been four from this area to run for the Board—all unsuccessful. With a subdistrict they can call their own, at least two of these might embrace this idea in 2018 believing it will enhance their chances of being elected (neither are Asian—the group this new subdistrict is supposed to give representation to).

Two speakers at the last Board meeting spoke about how this will give them a chance to vote for a Latinx.

Board President Cuevas told the small audience that “we shouldn’t be afraid to create opportunity to give the immigrants a chance to elect their own school board members. That, to me, is the ultimate form of democracy.”

WHAT IS THE COST?

There are yet unknown costs affiliated with this move. A demographer must be hired to determine where the pockets of minorities are located and how the subdistrict lines can be drawn to best represent those minorities and still observe the five criteria listed above.

Legal oversight will also be required.

The City of Martinez authorized up to $60,000 for a demographer and $45,000 for outside legal counsel for a small city with only 20,000 registered voters. What the WCCUSD will need will be significantly more complex, will need to cover a voting population six times larger with a total population twelve times larger and spread over five major cities and four large unincorporated areas. The city of Richmond is almost 10 miles from one end to another. Plus, the number of minorities in the WCCUSD is significantly larger than what Martinez or Antioch enjoys.

Anyone who has witnessed the rapid growth in West County knows that the demographics have changed dramatically in recent years. Because the demographics can be expected to rapidly change, how frequently will the demographics need to be reevaluated? With the threat of future lawsuits hanging over our heads like the Sword of Damacles, can the WCCUSD afford to wait for the census results every ten years or will they be required to reevaluate this every election cycle?

Whatever the cost, these are funds to be taken out of the classrooms and away from the teachers.

In Attorney Rafferty’s demand letter, he writes that “Given the large size of the jurisdiction, the public may determine that seven districts would better serve the diverse communities of interest within WCCUSD. A larger board could also reduce the likelihood that any incumbent would be boxed out of a fair opportunity to run for reelection.”

If this redistricting goes into effect for the 2018 election, Trustees Kronenberg and Block would not be allowed to run for reelection because they live in the same community as Trustee Panas (who is not up for reelection until 2020). This questions the credibility of what attorney Rafferty writes.

He also writes that there is no need to bring this before the voters. He continues that the law allows for the Board to make this radical change to how trustees are elected without going to the voters for their approval. Some would argue that this flies in the face of the very same democracy that he and his supporters advocate.

He also advocates for the Board (instead of the voters) deciding to increase the number of trustees from five to seven.

He further writes that “Because voting is racially polarized, minority communities are chronically underrepresented.” This assumes that an elected representative that is not the same ethnicity as a particular community is incapable or unwilling to represent anyone other than his/her own kind. This type of racism is insulting. It’s insulting to the elected representatives, to the people in this community and to the community as a whole.

Attorney Rafferty makes numerous statements of facts that Board members have repeated. When the selective use of statistics are used to support allegations of fact, should they be trusted as fact? Before continuing with such a radical change in the way representatives are elected, does the Board have any obligation to validate that Attorney Rafferty’s “facts” are, in truth, factual? Because President Trump said that his Presidential Inauguration crowd was the largest ever, should we all ignore the visual proof brought before us that showed that his ‘fact’s’ weren’t so factual? When we were told that our government had undeniable proof that Iraq had WMD’s, what would have happened is someone had questioned the validity of that statement?

Attorney Rafferty has a financial interest in getting this Board to buy into what he’s selling. In closing, let me finish with the old adage: BUYER BEWARE.