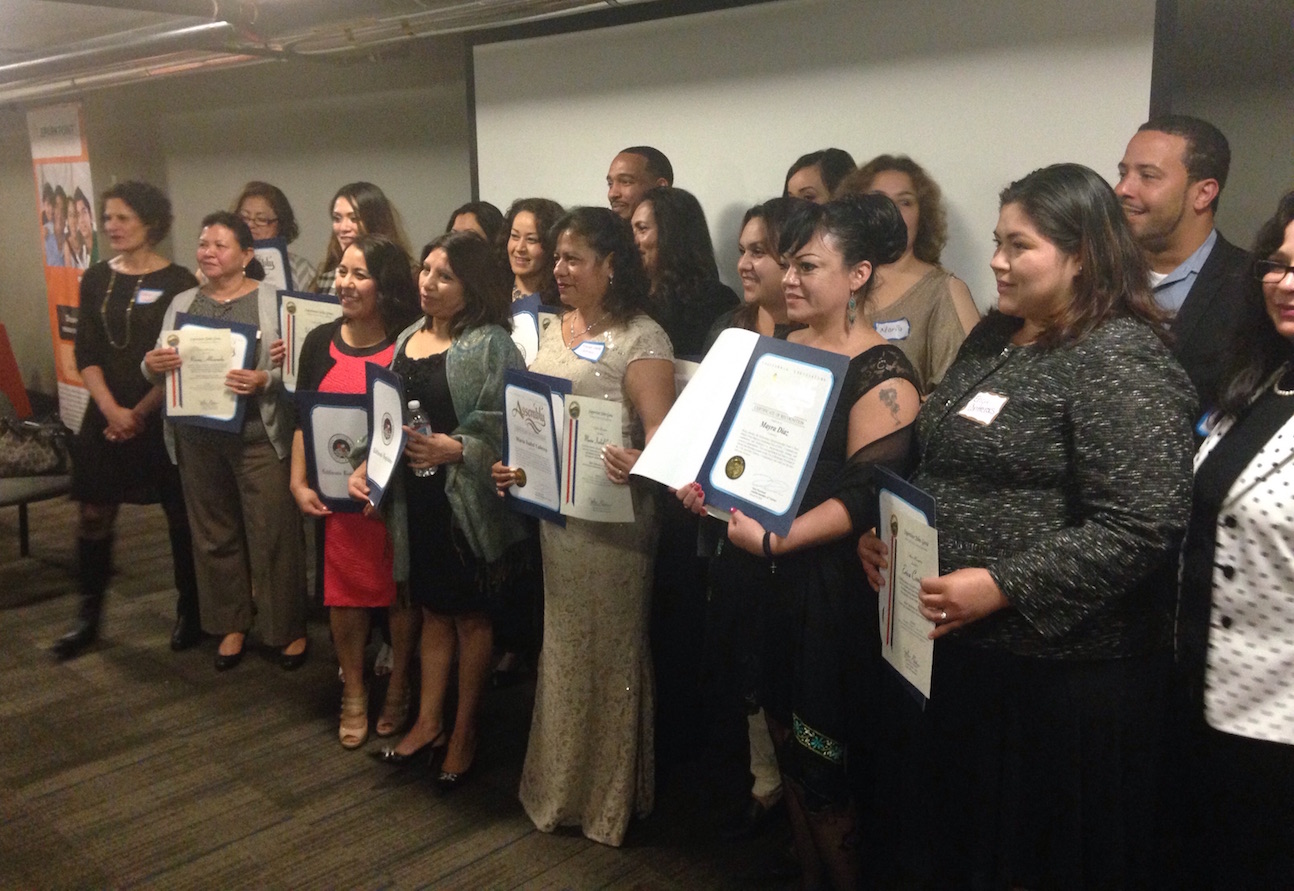 The Multi-purpose room of the Richmond City Hall was packed on Thursday night for the graduation of 22 local women from the Pasos Simples program.

The event was attended by the graduates' friends, family, and well-wishers, who dressed in their best for the celebration.

The Pasos Simples program is a series of classes administered by the Renaissance Entrepreneurship Center that are designed to teach Spanish speaking women the skills they need to run their own businesses. The women graduating have started or are in the process of starting businesses in fields including healthcare, construction, high tech, and food service.

The ceremony provoked a myriad of emotions in the crowd as graduates described the pride graduating gave them and the struggles they have gone through to get where they are today. Many of the women graduating cried while giving their speeches after receiving their diplomas.

One graduate, Myra Diaz, who runs Powercleaning, stated tearfully that "I am one of many women who come to this country with a dream, and many times for several reasons we can not achieve our dreams, so for me today is a very special day.” She went on to explain that the Pasos Simples program has allowed her to "dare to have my own business.”

Like many of the women in attendance on Thursday, Diaz managed to look strong even while crying.

In his speech celebrating the graduates, Program Director Tim Russell stated: "I thought of one word when I looked around the room and saw the graduates stand up. This one word is a powerful word. It's called ‘courageous’.”

Russell went on to explain to the graduates that they would need to stay courageous in order to allow their businesses to succeed in the long term.

Everyone at the graduation was excited to have the celebrity and Telemundo correspondent Christina Londono in attendance. Londono made a speech in which she expressed her admiration for the graduates, saying "I am supposed to be here to inspire the graduates, but I'm cheating. I'm inspired by them."