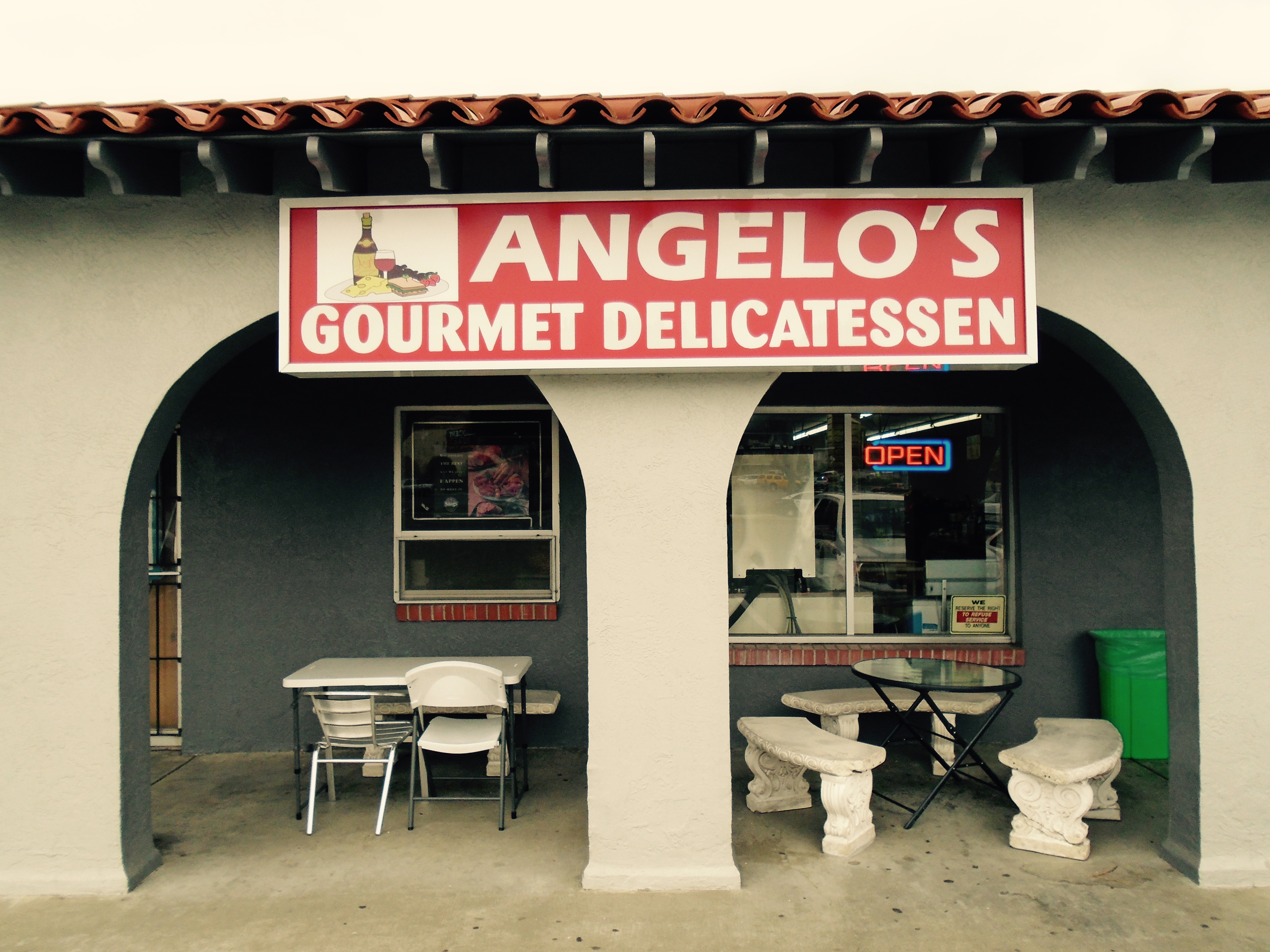 On your next lunch break, do yourself a favor and skip the chain restaurant. Instead, head over to Angelo's Gourmet Delicatessen on San Pablo Avenue and take part in the history of a local deli that has served the community for over 80 years.

Over its checkered and mysterious past, Angelo's has had one constant: sandwiches. Vegetarian sandwiches stacked with lettuce, tomato, and avocado, ruben sandwiches with fresh beef, and fresh turkey and havarti sandwiches are just a few options from Angelo's expansive and highly customizable menu. While it is clear that Angelo's has always served up delicious, fresh deli sandwiches, the heritage of the delicatessen is up for speculation. 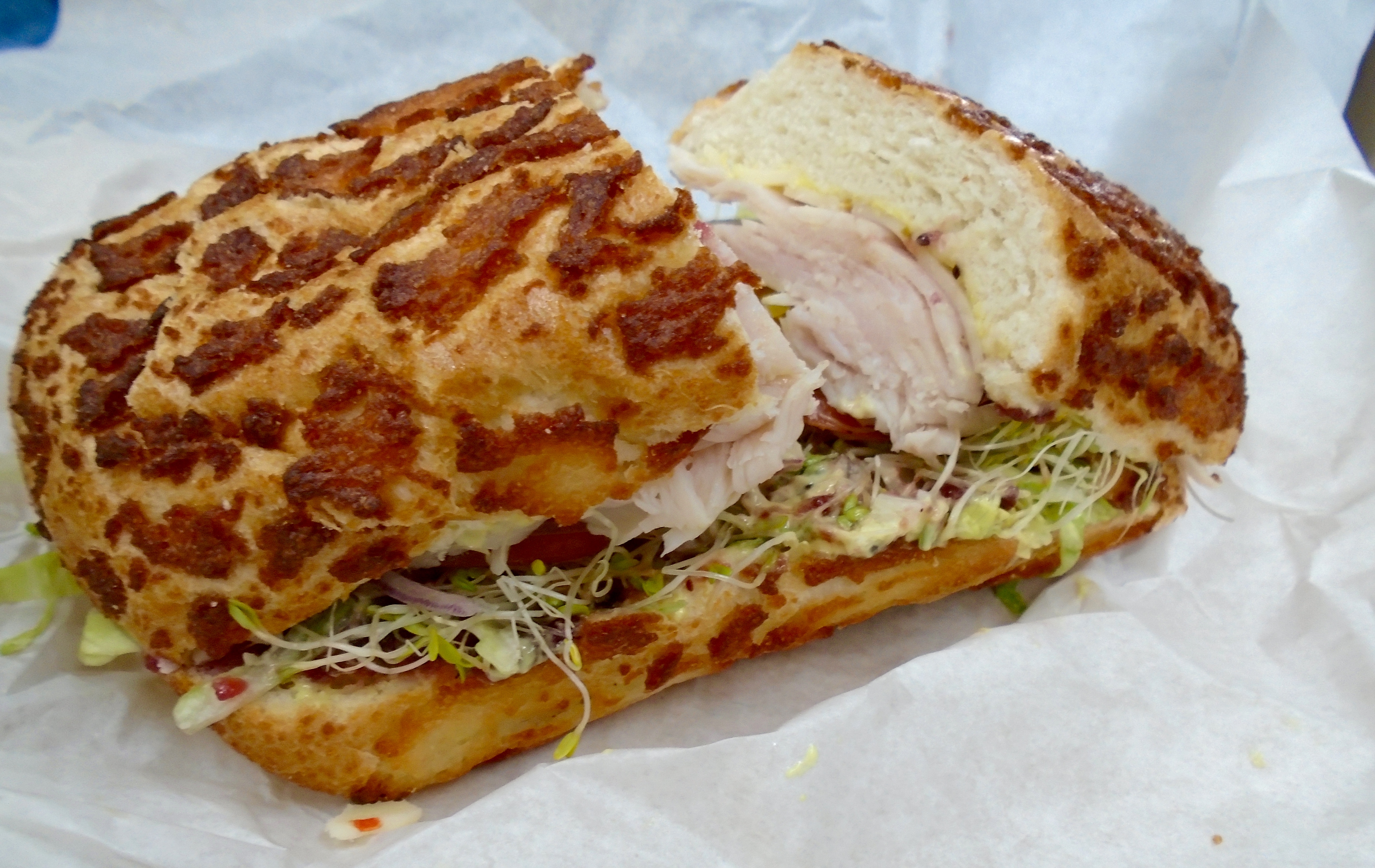 Jay, the man behind the counter, is currently Angelo's longest running employee, having worked at the deli for over 16 years now. A friendly man and a diligent worker, Jay has an easy smile and can turn out a dozen sandwiches back to back with ease. Though very skilled at what he does behind the counter, Jay can't offer up much in regard to the deli's past. English isn't Jay's first language, and he can have difficulty communicating the uncertain history of Angelo's. It seems that while Jay has worked at the deli for the past several years, he doesn't know much of what happened prior to his employment. One thing Jay is certain about though is that Angelo's has been serving Richmond for over eight decades. The delicatessen's long history is a point of pride for Jay, and it's clear when he speaks that even though he doesn't know exactly what has gone on in Angelo's during this time, he is glad to be part of this history.

The large and bustling crowd of regulars who flow through the deli at lunch appear to share this appreciation. At its busiest the line of patrons can reach out the door, but Jay's expert handling of the freshly cut meats and cheese keeps things moving quickly. This atmosphere of tidy, thoughtful efficiency -- and well-crafted sandwiches -- is what draws in many customers. Members of the Richmond Fire Department frequent the place for a quick bite on their lunch break, and many others come from elsewhere in town to get a bite of what's offered at Angelo's Gourmet Delicatessen. 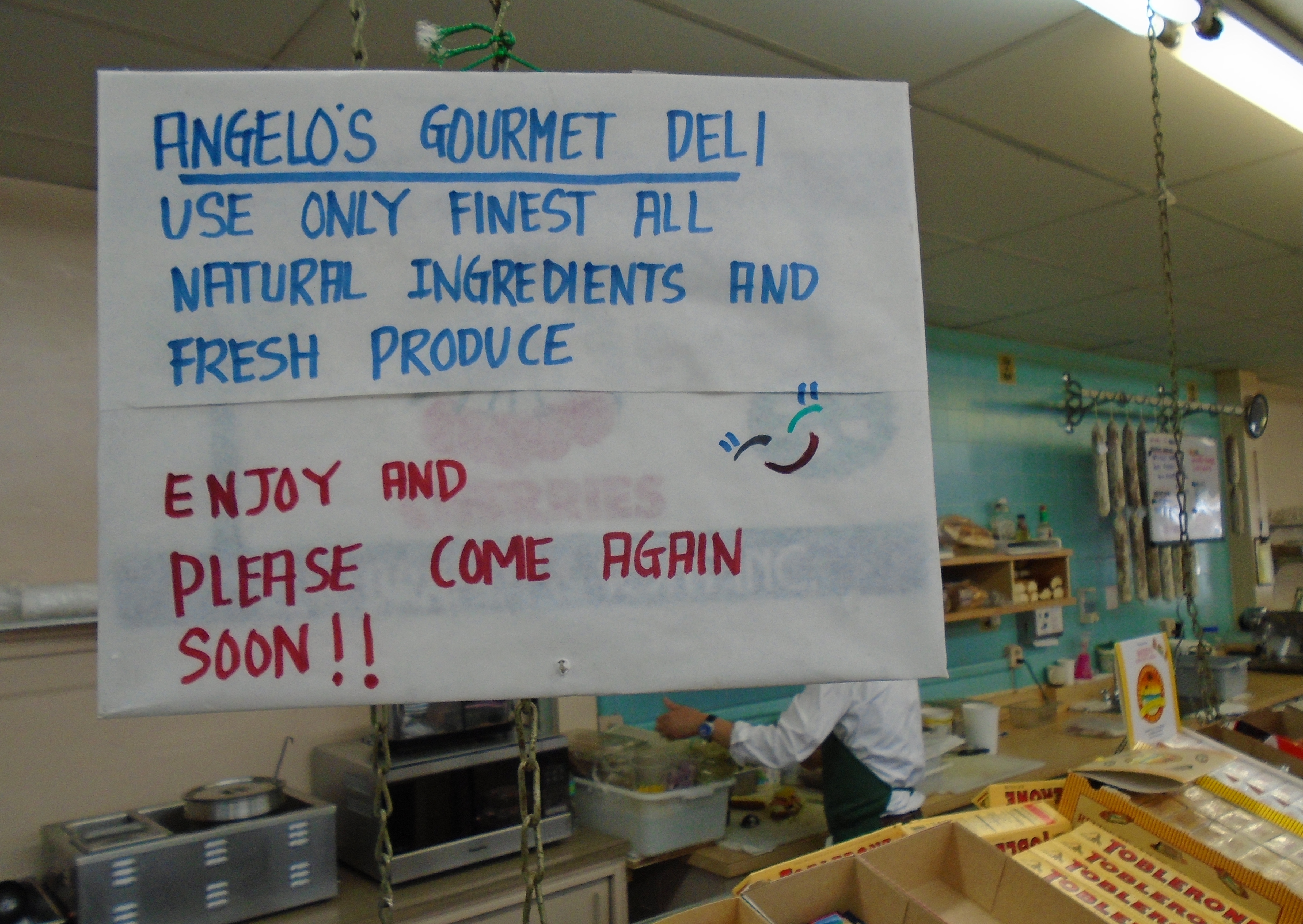 In addition to the long menu of soups and sandwiches, Angelo's also offers other deli essentials like potato salad, fresh cured meats, homemade pickles, and a variety international dessert specialties from Italy and Russia. With all that's offered here, it can be a little tricky to choose the right thing. If you're ever wavering in your decision, ask Jay, and he's sure to suggest the turkey cranberry sandwich. Piled high with sprouts, pickled onion, turkey, tomato, lettuce and a smooth cranberry sauce, this sandwich touches upon everything that Angelo's does right: high quality ingredients, typically many of them, packed together between hearty slices of bread.

The only down side to Angelo's? The seating. The deli is a natural hang out spot during a lunch break, with its good food and friendly environment, but the few small tables don't offer much in the way of comfort. Although not the most welcoming dining experience, Angelo's set up speaks to the utilitarian nature of the delicatessen. Quickly in and out just as fast, the deli makes for the perfect lunch time pitstop. Next time you're craving a deli sandwich, or if you just want to see what's been keeping the deli open for nearly a century, drop by Angelo's Gourmet Delicatessen -- you're bound to love it.