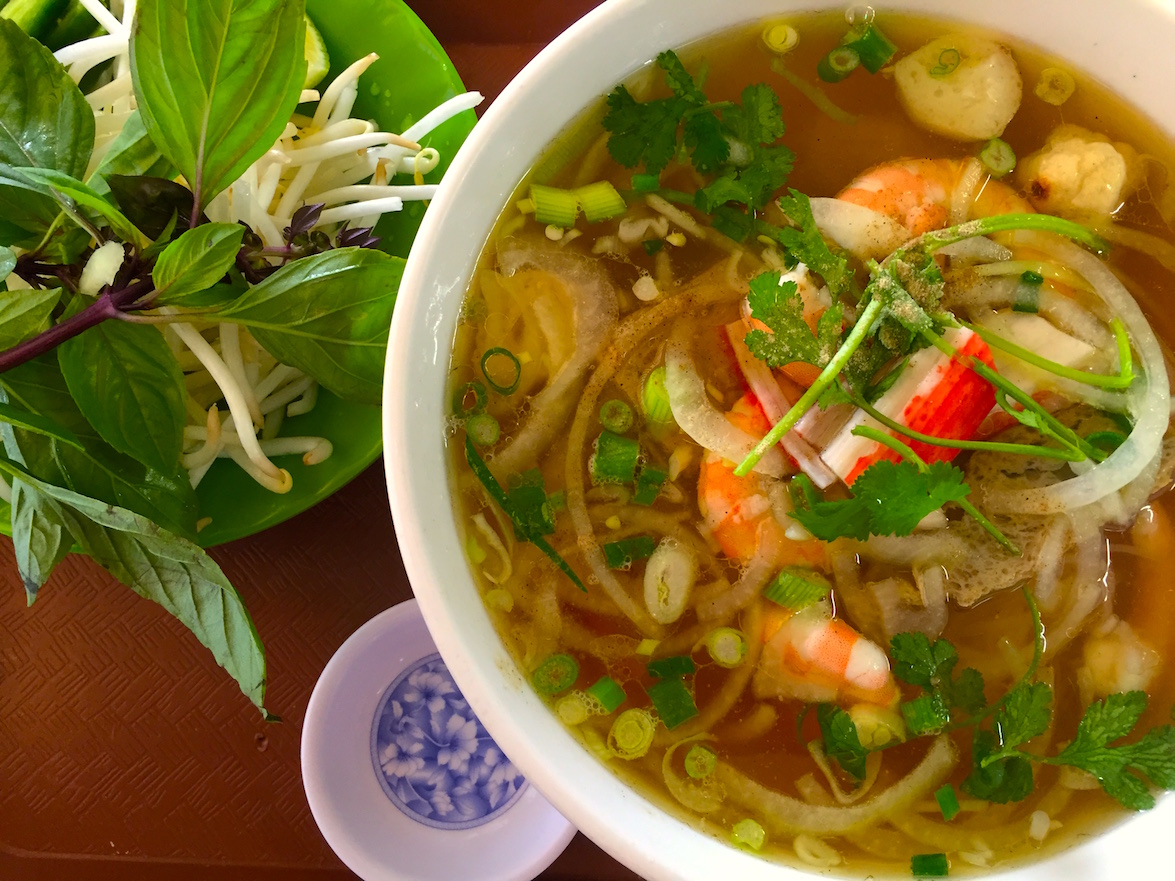 The sweet and sharp fragrance of green onion, a bustle of lunch goers, and dozens of handmade Vietnamese specialities fill Banh Mi Ba Le Vietnamese Sandwich Deli on a daily basis. The local spot has some of the most celebrated Vietnamese food in the area, and for good reason. While the food overall is tasty — and affordable — at Banh Mi Ba Le you get what you pay for, which sometimes has mixed results.

Their banh mi sandwiches are all relatively similar, with the choice of meat typically being the only difference from one to the next. Patrons can choose from barbecue pork, meatball, bacon, and even sardines. In addition to the meat, each sandwich comes with jalapeño, tomato, carrot, and cilantro. The combination results in a sandwich that is both flavorful, hearty, and crisp — albeit not very vegetarian friendly.

For the non-meat eaters, such as this reviewer, there is an egg sandwich variation of their banh mi that, while a little unconventional, finds its place in the landscape of vietnamese sandwiches. The eggs come out sunny side up, which ended up creating a messy sandwich by the end of the meal. Once the yolks broke, the vegetables, eggs, and herbs formed into a singular gooey mass. This aspect of the sandwich might not sound too appealing, but it ended up making the flavors of the sandwich combine in an unexpected way.

Beyond their sandwiches, which are what most people visit Banh Mi Ba Le for, the little deli also has a good variety of pho. For those looking for a good soup, their sea food pho is a good choice. The broth is both sweet and a little spicy from the chunks green onion, and the dish overall manages to pack a generous amount of shrimp, imitation crab, and fish cakes among the vermicelli noodles.

At $7.00 for a large bowl of soup, the seafood pho is a large meal for the price. That said, it’s clear how Banh Mi Ba Le pulls off this feat. Their ingredients, especially the imitation crab, are not the best. I found myself picking around the chunks of fake crab meat to avoid their bland taste and overly chewy texture. Eventually, though, the chunks began to disintegrate into little strands that were inseparable from the noodles. At this point I opted to just drink the broth, easily the most enjoyable part of the dish.

Beyond its varied menu and overall decent quality, Banh Mi Ba Le deserves praise for their speed of production. Many sandwiches and spring rolls are available pre-made in the deli for the lunch goer on the run, and even the soup and egg sandwich came out in a matter of minutes.

The small Vietnamese deli fills a niche. Their food is flavorful, fast, and inexpensive. Located right on San Pablo Avenue, it’s an easy spot to stop in and get out quickly with a meal that’s likely tastier and healthier than many fast food alternatives. For those who want good food quickly — and don’t mind if a few of the details are a little off — Banh Mi Ba Le Vietnamese Sandwich Deli is a solid choice.