For a coffee shop named after a breed of dog, Catahoula Coffee Company isn't messing around. Well, only a little bit. The baristas may be known for crafting funky planetary designs in the foam of their lattes, but the delicious beans -- a good portion of which are organic --  are no joke. A four-time winner of the coveted the San Francisco Chronicle BayList's "Best of the Bay" for its coffee -- in 2010, 2011, 2012 and 2014 -- this San Pablo Avenue establishment blows the pricey Bay Area coffee shops out of the water.

A coffee cup in neon lights, complete with swirls of steam, welcomes guests at the front door, and upon walking into Catahoula a unique aesthetic unfolds. Dark wooden floors, a curving, copper-walled counter with large brass and red coffee-related machinery behind it creates an oddly rustic yet steam punk vibe to the place. The cafe's menu and food is the perfect companion to this look. Organic coffees with names like Sumatra, Butkus, and 3 Amigas go well with oddly named edibles like the Fudgy Wudgy and the Veganville's Pesto Pie. 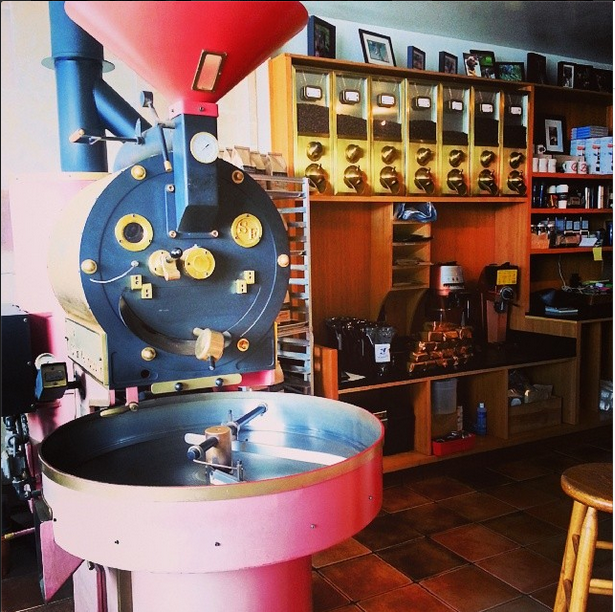 Started in 2008, Timber Manhart opened Catahoula Coffee Company with a dedication to his coffee craft and his Catahoula dog, Mocha. These roots have grown over the eight years and today are present in every aspect of the coffee shop. Images of Catahoulas are scattered about the building, and the carefully-selected beans, which are fair-trade and environmentally sustainable, are exclusively roasted on site. The result is a cup of coffee that tastes remarkably fresh, and an environment that reflects the nature of the rugged yet friendly canine of choice.

On any given day, a variety of diverse people drift in and out of Catahoula, about half of whom seem to already know everyone else there. Busily writing away on their laptops, pensively reading a book, or just talking with a friend, it is clear that the people who come to Catahoula are there for more than just the good roasts: it's their community hub. Catahoula's role as a watering hole is further established by its regular events. The coffee shop often hosts farmers' markets, car shows, and musical performances, among many other community events.

In the middle of a coffee shop desert, Catahoula Coffee Company is a shining beacon of delicious java. Offering diverse, creative beverages, a friendly staff, and even a shelf stuffed with pictures of the cafe's canine namesake, Catahoula holds a unique position in Richmond's culinary landscape as a place both outstanding and entirely down to earth. When you stop in, make sure you drop a couple dollars in the large ceramic lilac that serves as a tip jar. Catahoula deserves it.