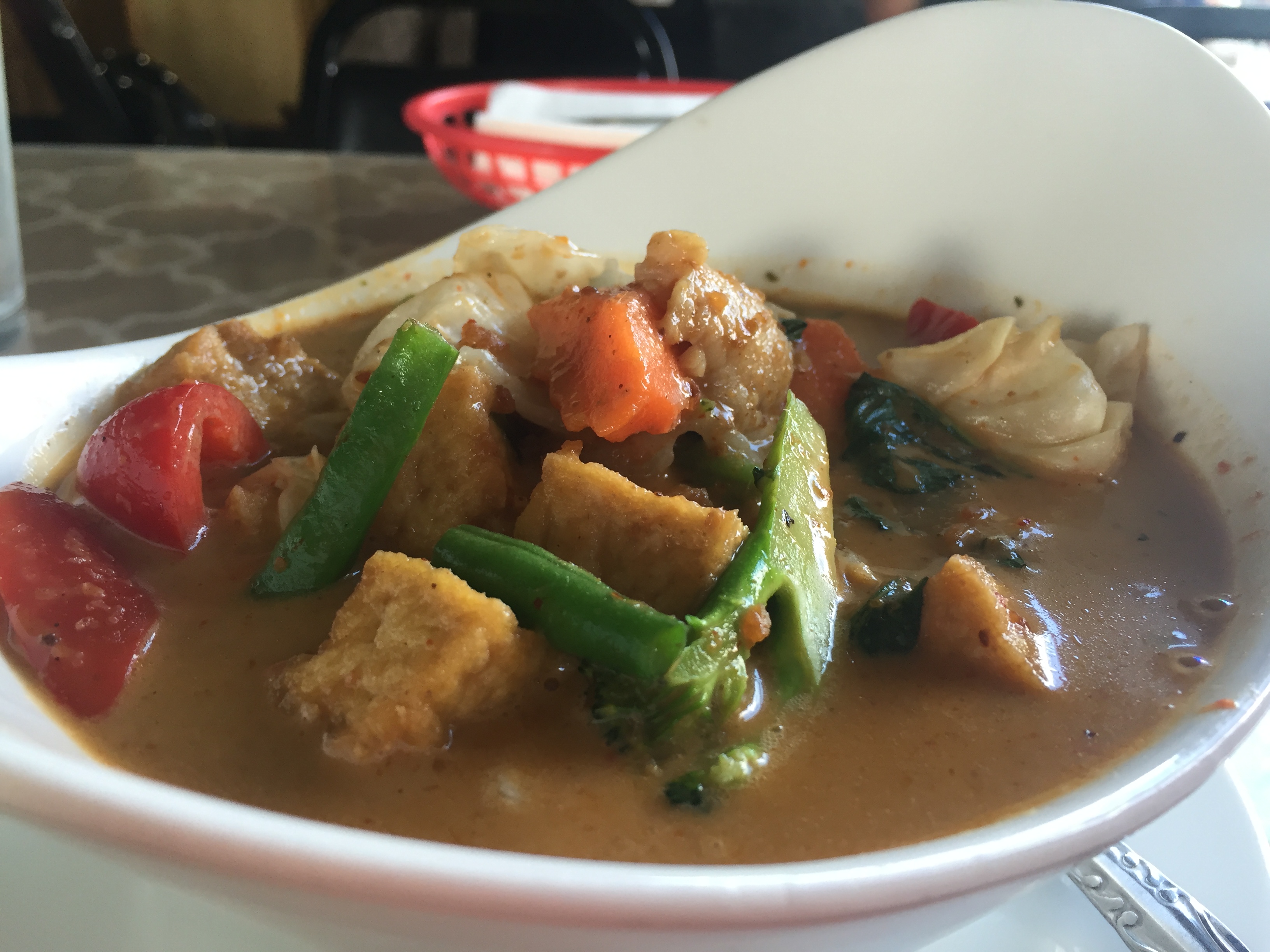 It can be hard to stand out in the sea of restaurants in the area. The menu at one place may not be too different from that of another with the same type of cuisine, and many look all too similar on the inside, making it even harder to find that stand-out place.

Every once in a while, though, one finds a restaurant that, while it might look like everything else in the area, offers flavors that are entirely unique. Chang Thai Cuisine happens to be one of these restaurants.

The small Thai restaurant is far down 23rd Street, where the bustle in central Richmond fades into a few scattered shops and restaurants in a more residential area. The restaurant itself holds just seven tables that are evenly staggered throughout the small space. It was quiet during a recent lunch hour, save for a table of women who were doing prepping work — slicing orange, folding napkins — and chatting like old friends as they snacked on noodles.

A couple worked there, and a couple were just friends stopping by for lunch, but all helped out in the prep work. The line between socializing and work was a blurry one, and the server got a little caught up in the former at the expense of the quality of patrons’ dining experience.

It took about five minutes for the server to come over and set the table where I was sitting and then it took another 10 minutes for her to take my order. The pace was a little slow, but at least it gave me plenty of time to figure out what I wanted.

Their menu is pretty standard for a Thai place. Penang curry, pad see ew, red curry — the staples that one expects from a Thai place are all there. What makes Chang Thai Cuisine stand out from the pack are its surprising flavors that carry from one item to the next.

Their red curry with beef is a strong choice, and it pairs well with the crab fried rice. Though it took a while to get my order in, the food came out surprisingly fast. The deep bowl of curry came stuffed with tender beef crisp peppers in a uniquely-flavored curry. Light on the creamy coconut milk and heavy on the black and red pepper, the curry at first seemed a little watery, but I soon discovered that the heartiness of the ingredients and layers of spice make it a well-rounded dish.

When paired with the crab fried rice, the dish becomes very meat heavy — in a good way. The lightness of the fresh crab and the crispiness of the rice work as a good counter to the flavors and textures of the curry, creating a truly delectable meal.

The best part of this combination may be that in the end one is given so much food that it’s impossible to finish in one sitting, guaranteeing a meal or two of left over Thai food.

Despite initial hiccups of service, the food at Chang Thai Cuisine pulled through and made up for any shortcomings. In the future, it might be wise to do as many others did during that lunch hour and simply take the food to-go.