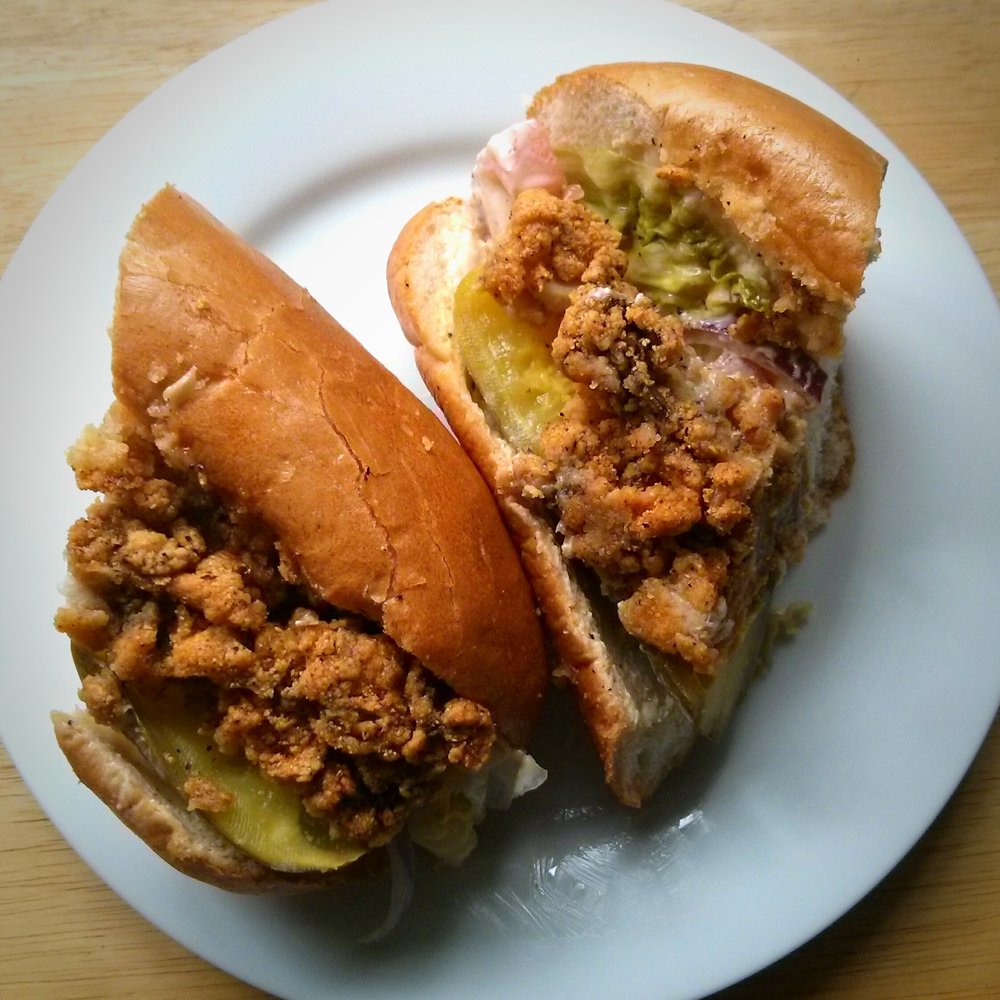 The story of Richmond is alive inside Lilly’s New Orleans Café.  The restaurant is run by a family brought here two generations ago by the promise of the shipyards. They have since stayed local, and now a grandson of the family is spreading their southern heritage and unique flavors outward into the community.  The restaurant has only been open for a couple of months now, but already it has attracted a group of regulars that continues to grow.

The line at Lilly’s was out the door last Saturday.  “You want a po’ boy? Coming right up,” Chef Rock said to another customer as I walked in.  “In the meantime, here, first try this mac and cheese, and then these yams, and then this potato salad.”  Rock is a calm yet steady energy in a bustling environment.  He manages several orders simultaneously, easily transitioning from taking one customer’s order, to giving another a sample, to chatting with a regular who just dropped in to say hey.

The key to Rock’s calm energy is his absolute confidence in the deliciousness of his meals.   “You see this here? THAT is a po’ boy,” he said upon finishing one of the meat-packed, sauce-filled, crispy Louisana sandwiches.  He held it up with pride so everyone could take a look at what he created.  The sandwich is filled with colors and textures that make you want to take a bite out of it right then and there, but Rock pulls it back before anyone daring enough could get a chance.  “I just wanted you to get a look at it before it’s all wrapped up and in a box.” 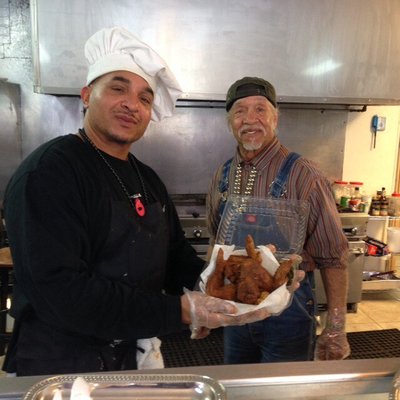 That’s about the only way to get food from Lilly’s: wrapped up and to-go.  Any of the dishes — from the seafood gumbo that’s swimming with whole crab legs that you have to slurp the meat out of, to the soft banana pudding — could be gorgeously plated, if only there was the space to have plates and tables.

For now, the restaurant is small — it’s really just one room with a stove in the back.  A long buffet table stuffed with sides separates the restaurant’s one table and waiting area from Rock’s kitchen space.  It’s cozy and kind of small, but it feels like you’re hanging out in his family kitchen.  In a way, enjoying a meal a Lilly’s is like stepping into Rock’s family tree.

“This restaurant is a lifetime in the making,” he explained.  His grandmother, Manuella “Lilly” Bruther, moved to Richmond from New Orleans to work in the shipyards during 1950’s.  She dreamed of opening a restaurant that served the kind of food she used to make back in Louisiana, but she never had the chance. 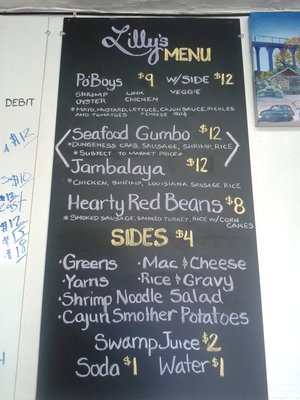 Lilly passed away in 1995, and since then Rock and his family have worked to create the restaurant she always imagined.  20 years and several cooking courses later, Rock is beginning to establish a restaurant that serves delicious food unlike anything else in the city.  “We have a unique experience here,” Rock explained.

When Rock gets talking about the numerous and ever-flowing sides, unique style, and irresistible flavors of his restaurant, the chef can get a bit cocky. “We can make a peanut butter and jelly sandwich taste like filet mignon,” Rock boasted. As absurd as that might sound, after one bite of a fried shrimp po’ boy, or a spoonful of gumbo, or a bite of their pound cake, you’ll believe it.

Lilly’s New Orleans Café is just starting out. “Give us six months, a year: we’ll be big,” Rock says.  He plans to expand the space and bring in more seating to accommodate guests.  Until then, it might be best to call your order in ahead of time. No matter what you do — whether you wait in line or order beforehand — just make sure you try some of that gumbo.